Interview with Nathan Paul of MegaDragon 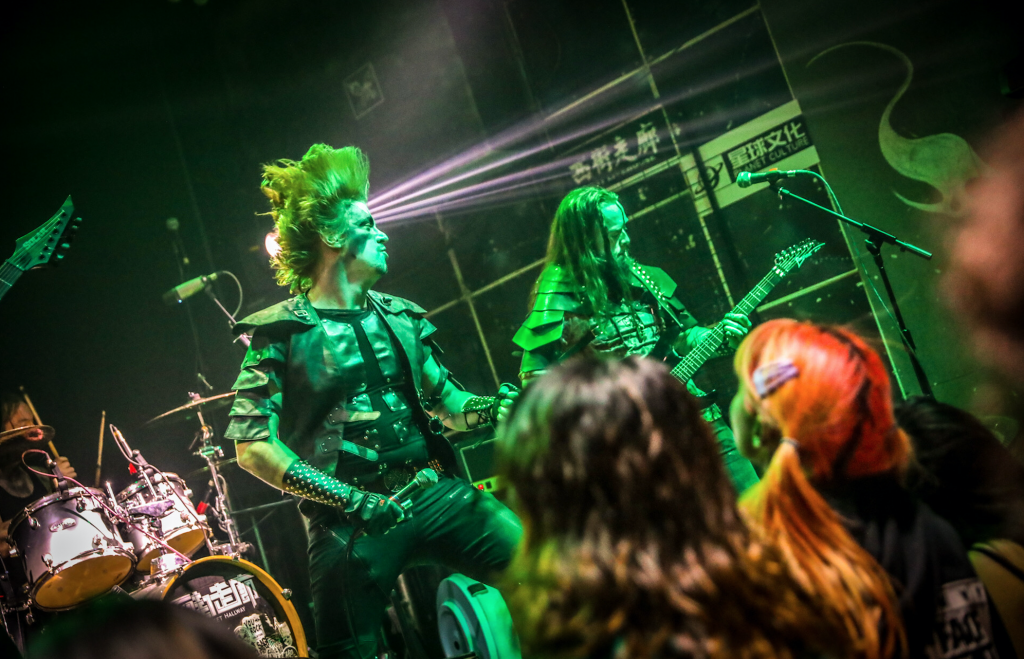 As well as being the lead vocalist of the epic death-metal band MegaDragon, Nathan Paul is currently studying Russian online with Liden and Denz. His five-piece band is based in China and has been making music for approximately two years. Here Nathan explains what motivated him to learn Russian, gives some useful tips for learning remotely, and reveals what inspired MegaDragon’s song Ivan the Terrible.

Have you visited Russia in the past?

I had the honour of visiting Russia in the winters of 2009, 2018, and 2019: the latter two were spent studying at the Liden and Denz school in Saint Petersburg. I have also visited Moscow and Veliky Novgorod. Russia never ceases to inspire me and I would love to venture off the tourist trail to visit places like Siberia and the Far East.

What were your impressions of Russia and its people?

While stereotypes may lead people to believe that Russians are somewhat intimidating, I believe this perception could not be further from the truth. I have found the Russian people to be a very welcoming and diverse group and have met many fascinating individuals whilst studying in Saint Petersburg. Whilst living in China, I have also come into contact with Russians from Siberia and the Far East, who have offered some pretty unique insights into a side of Russia that I believe is commonly overlooked.

What sparked your initial interest in Russian language and culture?

In high school and university I learned a lot about Russian and Soviet history and I was very curious about what life there would be like. Russia seemed to be a place that was simultaneously similar and different. The Cyrillic alphabet appears similar to the Latin alphabet, yet it is different. The architecture of Orthodox churches seems similar to churches in the US and Europe, yet they are different. Traditional Russian cuisine also bears similarities , yet it is very unique. I guess it is these contrasts and nuances that continue to fascinate me and motivate me to learn more about Russia.

Why did you choose Ivan the Terrible, in particular, as the focal point of your music?

There is much to be said about Ivan the Terrible. He is a fascinating figure, whose life took place in an often overlooked period of world history. I believe his legacy in popular imagination is that of a man who increasingly became a monster until he finally imploded upon himself. His story continues to leave us with many questions to ponder. Was Ivan inherently “terrible,” or was he a product of his environment? Is his story unique, or was he like other rulers of his time? And if you were in his shoes, would you have behaved differently? These are the ideas we wanted our audience to ponder while listening to our ballad.

What inspired you to incorporate footage from Eisenstein’s Ivan the Terrible into your music video?

Well, when we wrote the song we didn’t have much of an idea of what we were going to do for a video. Certainly, none of us could portray a figure so much larger than life as Ivan is! After some research, we discovered Soviet director Sergei Eisenstein’s film, in which Nikolai Cherkasov’s masterfully plays the role of Ivan. What’s more, we discovered Eisenstein’s struggle to convey Ivan in a way that would appease Stalin without betraying his own morals as an artist. Given his situation, I think he and the cast of the films did the best they could, so we thought we would do our best to pay respect to his work. 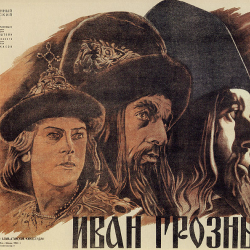 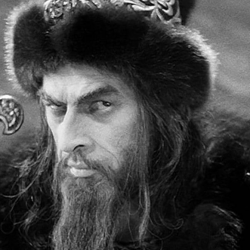 Could you tell us a bit more about why you think music is such an effective medium for exploring other cultures and their histories?

We feel that sometimes reality is stranger than fiction. Music is a language we all understand and feel, and history is the collection of stories that we tell ourselves about the past. Therefore, we feel that the combination of these two is something that we all can relate to in some way. For example, Eisenstein’s experience directing Ivan the Terrible inspired our fourth song, Pulgasari! (a true story that’s definitely stranger than fiction!). Hopefully people enjoy our music, whilst simultaneously diving into our collective past.

Are you working on any new music currently? Are there any other Russian historical figures we can expect appearances from?

Currently, we are working on our 6th single, Ozymandias. The single will  hopefully be released within the coming weeks, along with several others this summer!  At the moment we plan to write music about other regions and time periods around the world, however Stenka Razin might get something special in the future… we’ll see. 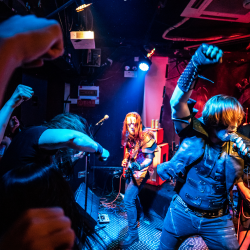 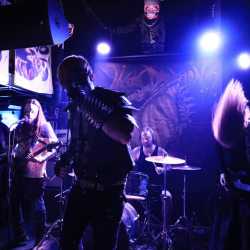 Do you have any tips for students of Russian, drawing on your own experience of learning the language?

My main suggestion for students learning Russian is simply aim to be a little bit better than you were yesterday. Russian is undoubtedly a formidable language: if you only focus on the difficulties, you will never enjoy the process of learning it. Other than that, I recommend reading the book “Fluent Forever” by Gabriel Wyner: it has helped me tremendously with this journey.

How are you finding learning remotely with Liden and Denz?

I think consistency is key to learning any language. Thus, learning Russian remotely has been a very effective way of keeping it in my life. Without structured classes, it can be difficult to find native Russian speakers who are also good teachers. Therefore, I have found online classes to be not only convenient, but also very helpful in targeting my individual mistakes.

Head to MegaDragon’s Youtube, Instagram or Spotify to give their songs a listen and find out more about the band.

One response to “Interview with Nathan Paul of MegaDragon”