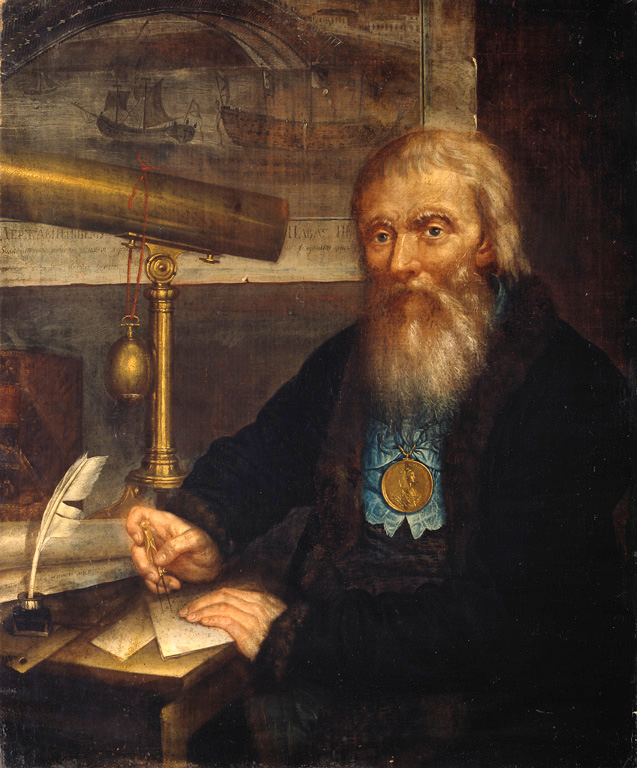 Ivan Kulibin was a Russian inventor whose name has become synonymous with self-taught inventors and people keen on mechanics or engineering. He was born in a merchant’s family in NIzhni Novgorod. Since a very young age he was interested in mechanics and reading that he turned his room into a workshop, made mechanical toys and tools for the household and for sale, and dreamed about becoming an engineer.

Ivan proved his talent at home by designing a hydraulic machine to turn the plant-filled water-basin into a running-water pond where fish could live and breed. After moving to Moscow, he bought the necessary tools to make a clock in his town, when he mastered his skills, he made a special one for the Empress Catherine II, who was impressed with all the crafts he had build in all that time, she ordered him to come to Saint Petersburg and bring his assistant and other invents. The final piece was a clock in the shape of a goose egg with a mechanical theater inside. Every hour, the egg opened and small mechanical figures inside performed the Resurrection scene from the Bible. So, if you are interested in checking this piece, you can see it in the Hermitage museum. After this he got a position to head the workshops of the Academy of Sciences that supplied the entire country with astronomical, physical, and navigational tools and instruments.

He also designed a bridge over the Neva River which became a success and gave him a reputation the mark of a genius for being too far ahead of his time.

In 1779, Kulibin designed what can be called a searchlight. With a system of mirrors, one candle could shine as brightly as half a thousand of them that were used for different purposes: for example, large ones were placed in lighthouses, smaller ones lighted factories and workshops, and the smallest served as headlights for carriages. In 1791, Kulibin designed a “mechanical leg” for his friend Nepeitsyn. He learned how to use it and even how to walk on it without a stick, returned to military service and took part in the war against Napoleon.

Kulibin also designed a foot-powered cart, considered the prototype of car; a lifting armchair for the Empress’s entertainment, and so were the fireworks , the color light telegraph, a “water-walker” – a vessel, which could go against the river current using the power of the stream to move. Nowadays, in Russia his name is used by the population to call somebody Kulibin when he or she is a very handful skillful person.