During your stay in Moscow a visit to the Izmaylovo Kremlin (Кремль в Измайлово) is a great opportunity to dive into the spirit of ancient Russia. This unique complex was inspired by the architecture of old Moscow and by drawings of Russian fairytales. It can easily be called the Disneyland of Russian history and handcraft. The Kremlin is located about 30 minutes far from the Moscow city center and is easy to reach by taking the metro line 3 and exit at the station Partizanskaya (Партизанская). From there it’s only a short walk by foot.

It is opened daily but be aware that the opening hours may differ during rainy weather.

The Kremlin complex was founded in 2003. Izmaylovo has always played an important part in history as well as culture. A long time ago there were already exhibitions on this area as well as the famous Izmaylovo Vernissage where people could buy paintings, antiques and crafts.

Fun fact: just like the real Kremlin this one also was built on a hill. For the Olympics in the year 1980 it was planned to built a hotel complex on the area, but the plans were cancelled and the pit was filled again. The idea to transform the area into what it is today came to Alexander Fedorovich, who wanted to create a center of Russian culture and who imagined an imitation of the real Kremlin on the city’s borders. It was intended to include many elements of the old Russian architecture like colourful ornaments or the wooden style. The Izmaylovo Kremlin is an imitation of Moscow during the 14-17th centuries.

What to see there

Behind the thick white walls, you can find a lot of block houses in old Russian style where numerous souvenir shops offer everything you can possible think of. If you are searching for unique souvenirs for your family and friends Izmaylovo is the ideal place to be.

Besides the famous Matryoshkas, fur hats and Fabergé eggs you can also find many unique souvenirs like antiques, traditional clothing and artwork. Every weekend there is also a flea market in the Kremlin which is used by traders who come from all Russia. There you will find a lot of vintage things, dishes, samovars or even furniture. The unique atmosphere as well as the inexpensive prices do not only attract tourists but also many local people. 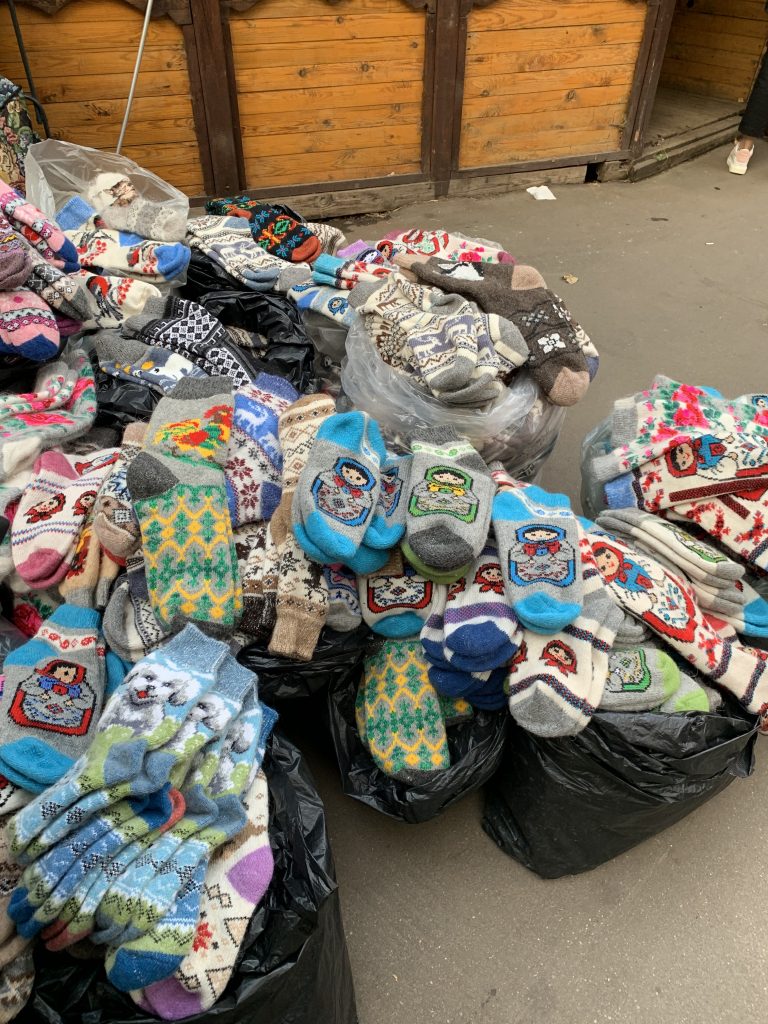 Inside the Kremlin there is the wooden orthodox church of St. Nicholas of Myra, who is the patron of crafts and trade. The imitation shows the Russian architecture during the 17th century and it is currently the biggest wooden church in Moscow. It is the spiritual centre of the Kremlin complex.

Another attraction from old Moscow is the wooden tsar palace of Kolomenskoje. The place Kolomenskoje is known to once have been a tsar residence where tsar Alexei I built a huge wooden palace with magical, imaginative roofs and 250 rooms. The palace was said to have been built without any nails or saws. Because of its artful ornaments and many little towers, it was known as the 8th wonder of the world of Moscow. However, after the tsar family moved their residence from Moscow to Saint Petersburg Katharina II decided to tear off the palace in 1768 after it was not used anymore. Today an imitation of the palace can be seen in the Izmaylovo Kremlin.

In the Kremlin you can also find numerous museums like a bread or vodka museum where you can not only get samples but also recipes and learn more about the history. Another museum is the Russian navy museum. There you can learn more about Peter I and his creation of the Russian navy. It is located on a shore where the young prince once learned the basics of seamanship. 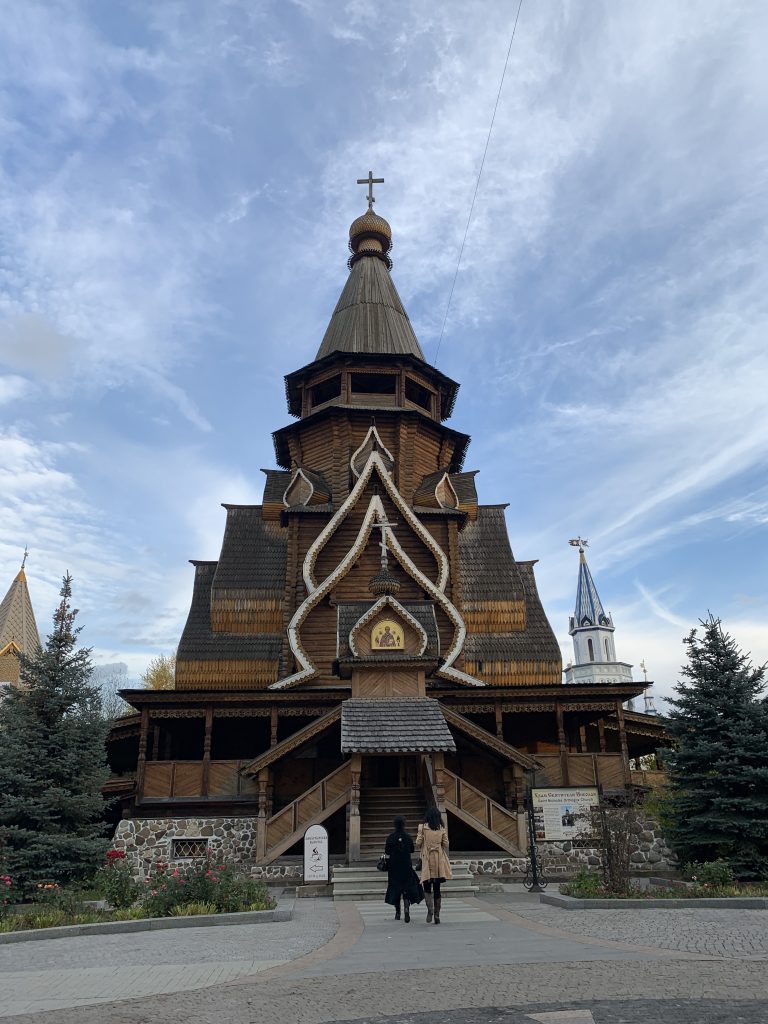 I can only recommend to visit the Izmaylovo Kremlin. You will not only find unique souvenirs but also get a glimpse of ancient Moscow. The Kremlin has something to offer for everyone and it is not unusual to spend some hours in this area. If you get hungry you can choose from one of the various food corners who offer traditional Russian food like pelmeni, shashlik and much more.

Don’t let the cold temperatures especially during the fall and winter time scare you off because you will also be served with lots of hot tea.

So what are you waiting for?