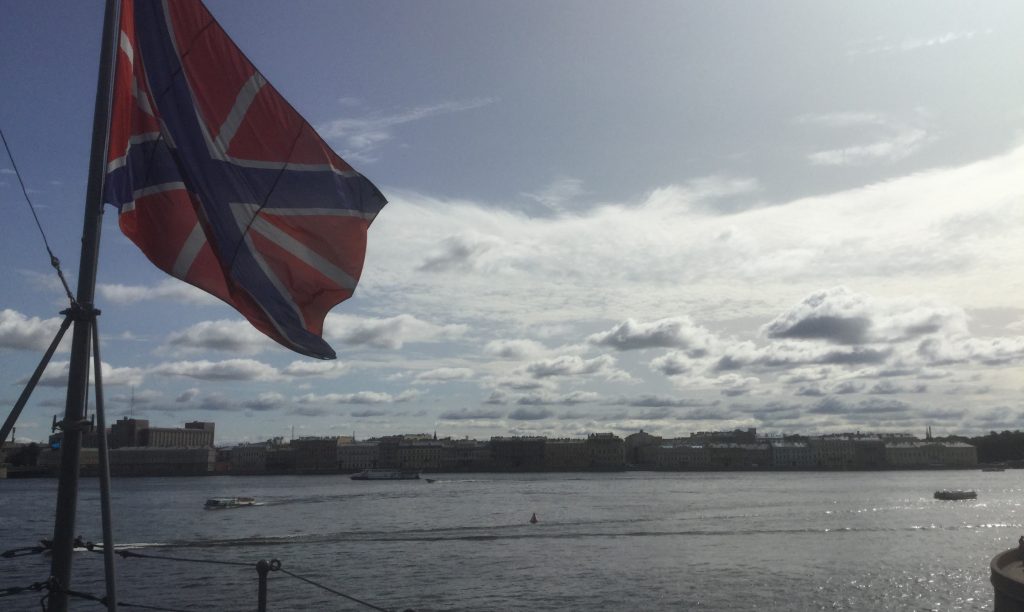 The Russian Revolution was a monumental event which took place in the earlier stages of the 20th century. It was an explosive moment which would shape both Russia and the modern world, and the man behind it was none other than Vladimir Lenin. His mark on history is important and can be seen throughout the modern city of Saint Petersburg. So, I thought it would be interesting to retrace Lenin’s footsteps whilst at the same time brushing up on my knowledge of events surrounding the Russian Revolution and Soviet history.

In order to retrace Lenin’s journey, the place to start is Finland Station (Финляндский вокзал). This is the exact location where Lenin had arrived in Petrograd in April 1917. After having been exiled by the Tsar, Lenin had made his way from Switzerland to Finland and from there arrived in the city onboard Locomotive 293. You can see this train for yourself at the edge of platform 5 inside Finland Station since it is encased in a huge glass container. Standing on the platform and looking at Locomotive 293 allows you to envisage the triumphant reception that would have awaited Lenin upon returning to Russia. I am sure that great cheers from the crowds of many people would have greeted him! 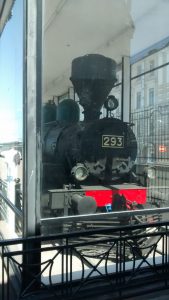 Taking a step out of Finland Station brings you directly to Lenin Square (Площадь Ленина). After walking by the fountains and upon approaching the heart of the square, there stands a statue depicting Lenin delivering a speech. This is a famous statue and it captures his flair exhorting the people to rise up. To me, it is a symbol which captures a moment in Russia whereby people were divided. In this way, the monument embodies the sense of political and social movement going on in Russia at the time.

This monument encapsulates the political importance that Lenin had upon Russia’s development as a nation in the 20th century. His actions contributed to the fall of the Russian monarchy and this statue portrays him as the spearhead of the Bolshevik movement. 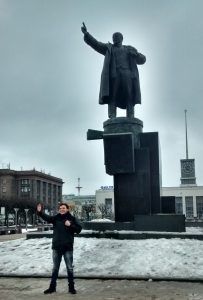 The final piece of the puzzle in reliving Lenin’s footsteps is the Aurora ship (Аврора). A short walk from Lenin Square across the Sampsonievsky Bridge (Сампсониевский мост) leads you to Aurora. It was this ship that fired a blank round signalling the Bolsheviks to storm the Winter Palace. Once inside the palace, the Bolsheviks ceased members of the Provisional Government and would change the path of Russian history for eternity.

The ship houses a museum and is full of facts. However, I was astounded by the feeling of simply standing on the deck and looking across the Neva and onto the other side of the city. It gave me a sense of the many important roles that Saint Petersburg has played throughout history. 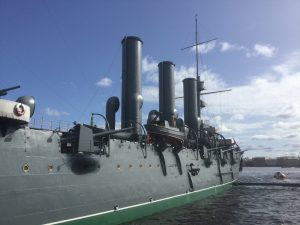 Reflecting on the past

Taking a step back in time and repeating part of Lenin’s journey, especially as this year marks 100 years since the Russian Revolution, is definitely a must! It is a fascinating way to better comprehend the importance that Lenin had upon the course of Russian history. Don’t miss out on the chance to follow these steps and get a glimpse at what the Russian Revolution of 1917 may have been like.