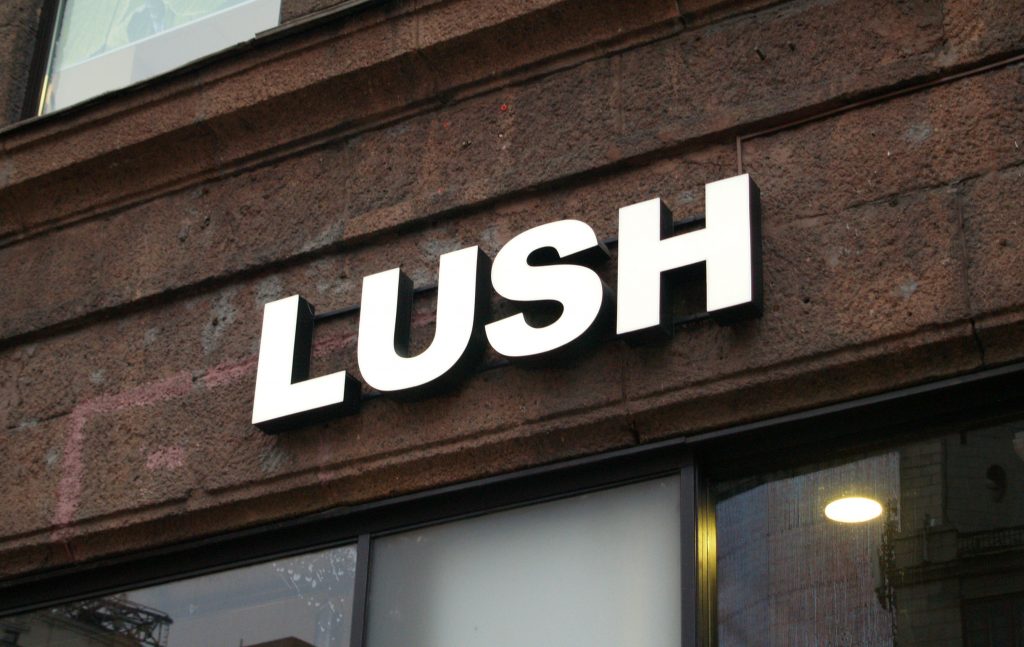 When I studied abroad during university and started to feel a bit homesick, I had the perfect cure: go to a Brithish Lush Russia shop. That may seem strange to most but having worked for Lush as a sales assistant, the smell of their shops is like the smell of home to me. I challenge you to find a Lush employee that doesn’t have a bathroom or bedroom that smells of soap and bath bombs, of bubblegum and rose, of lemongrass and lavender. It’s pungent, yes, but way better than having a room that smells of dirty socks and yesterday’s takeaway I assure you. When I found that even little Irkutsk had a shop in the new shopping centre, I knew that I could live there happily, never feeling homesick and never suffering from colourless, odourless baths. 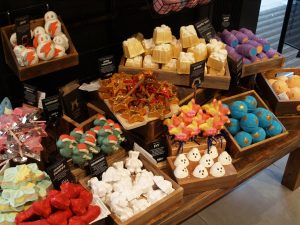 Some of the new seasonal range

Lush has been expanding in Russia over the last few years and in April of this year the company opened its Moscow superstore, which is the biggest Lush shop in Russia. The British natural cosmetics brand has other shops throughout the capital, for the most part in shopping centres. But I had been most looking forward to visiting the new big store on Tverskaya, as our own London megastore opened a year before and had proved a huge success. And visit I did, procuring many of the new seasonal products that now scent my wardrobe as they wait to be used.

But Lush not only cures me of all homesickness. I am, of course, interested in the rising success of British brands in Russia – and Lush is particularly unique as all the products are made by hand in the UK factory in Poole, Dorset (excepting the “fresh” which are made by three women in Domodedovo) and the company is run by its original founders and their family members. It remains a “small” business at heart and is certainly a family business; as well as being run by the founders, its employers are also considered part of a wider Lush family around the world. But I am also a huge fan of Lush because of its ethical dimension and am overjoyed to see them spreading their message and beliefs in Russia.

Anyone who knows anything about Lush knows that they strive to use natural ingredients. That isn’t to say that there are no synthetics in their products, but the invention teams are very careful about what they use, how much they use and why they use it. Pick up a Lush product and you will more than likely recognise the names of the ingredients. Pick up a leading brand shampoo and you’ll need a chemistry degree to decipher it. More importantly still is how the ingredients are procured and how they are tested. Lush, first and foremost, is a vegetarian and vegan brand that is absolutely, explicitly and uncompromisingly against animal testing. Testing cosmetics on animals does nothing but harm the animals. After all, cosmetics – and that includes your basic bar of soap – are a luxury, not a necessity and Lush rightly believes that no animal should suffer for the sake of your body scrub or lipstick. 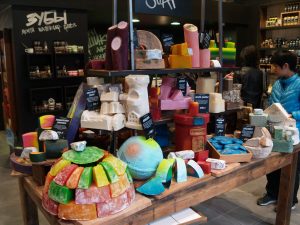 Furthermore, Lush is adamant that ingredients should be sourced fairly and with care for the environment. Most of the luxury ingredients the first world uses are obtained in much poorer countries and Lush believes that these people should be paid fairly and be allowed to live a good life – a sentiment I strongly share. So Lush products aren’t cheap, but you’re paying for more than just a body lotion; you’re paying for ethics too. Lush have helped set up many collectives amongst rural communities and are the chief supporters of groups such as the Colombian Peace Community that provide amazing cocoa butter to the company. If you buy a product with that cocoa butter in it, then you are supporting a group of farmers that have pledged to live peacefully despite ongoing conflict in the area. In fact if you buy the Charity Pot, Lush don’t take a penny. All the money (excepting VAT because governments are less willing to negotiate) goes to support local grassroots charities involved with human and animal rights and environmental issues.

The campaigning aspect of the company is something that is central to its ethos. The company regularly makes products that raise money and awareness in regards to a certain issue, arguably the most successful of which was the 2015 pro-LGBT rights campaign #GayIsOk. It was during this action in Lush stores worldwide that the USA passed the gay marriage bill, the hashtag having had a global social reach of 30 million. Unfortunately, Russian stores were not able to partake in this campaign, as selling soaps with “GAY” stamped on them and promoting LGBT rights would be breaking the Russian “anti-gay propaganda” laws that were introduced shortly beforehand and Lush didn’t want to put their sales assistants at risk of prosecution. However, perhaps Lush, as it continues to expand and educate through its stores, can help to bring the winds of change. 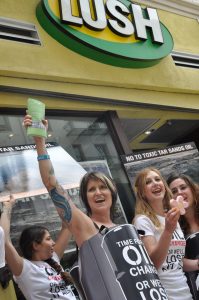 Okay, so they’re going to probably have to hold back a bit on the homophobia question, though Lush is in no way denying its existence and knows it needs to be tackled. But there are still plenty of other issues that an environmental company that campaigns for animal rights can tackle without causing national unrest. For example, recycling is practically non-existent in Russia, much to the horror of myself and my many European and American friends that have discovered this. The seemingly simplest task that every person can perform to help reduce the impact of humans on the planet is more or less non-existent. Every day in Russia brings with it an ethical, environmental and even existential crisis for me as I am forced to put something that can very easily be recycled into the regular rubbish bin. I am trying to reduce my waste here (as I do at home), but I find even that difficult as things are packaged within a packet within a sleeve within a wrapper. Lush is also struggling with the lack of recycling, as the shops cannot recycle half as much here as they can in their European and North American stores. But it is an issue they try to educate their customers about and I am hoping they will start an active campaign soon, as Russians seriously need some education on basic ecological practices. Luckily, any Lush black pots that you buy can be returned to the shop for chipping and melting to make new pots in a closed-loop recycling scheme. Sweet.

Other issues tackled by Lush Russia in the past are the fur industry and hunting, two topics that are very relevant in Russia even in 2016. The company is sure to highlight these issues again and hopefully they will include the Mosquarium in its list of local projects. The company collaborates with Russian animal rights groups such as VITA but there is still a long way to go before the company can feel truly at home in Russia. Customers are still getting used to the notion of “naked” products – products that don’t come in packaging so as to have a less negative impact on the environment – and for many the prices seem steep. Other so-called “natural” brands in Russia are much cheaper, but you have to ask yourself why if they are using real and fresh ingredients as they say they do. Absurdly, it is cheaper to use chemicals and manmade ingredients than to use things that grow naturally, but that is just one of the many incomprehensible things about the world we live in today. 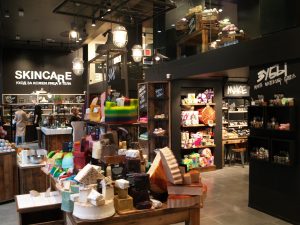 Lush hopes to spread its message across Russia with its shops

Despite the company still being relatively new here, and its full force not being felt, recognised and appreciated, Lush is laying its foundations and working to spread its message of tolerance, kindness and care towards animals, people and the planet in Russia. With many well-informed sales assistants and lots of online information about campaigns, about why they do what they do and how you can contribute to making the world a little bit better, things can change in Russia too. So go and have a look if you haven’t already – it’s more than just bath bombs (but trust me, your bath is that much more enjoyable when its full of good karma).

For more on Lush Russia and where to find their stores, visit https://www.lushrussia.ru

To find information about products, ingredients and campaigns in English, visit https://uk.lush.com

One response to “More than just Cosmetics: Lush Russia”