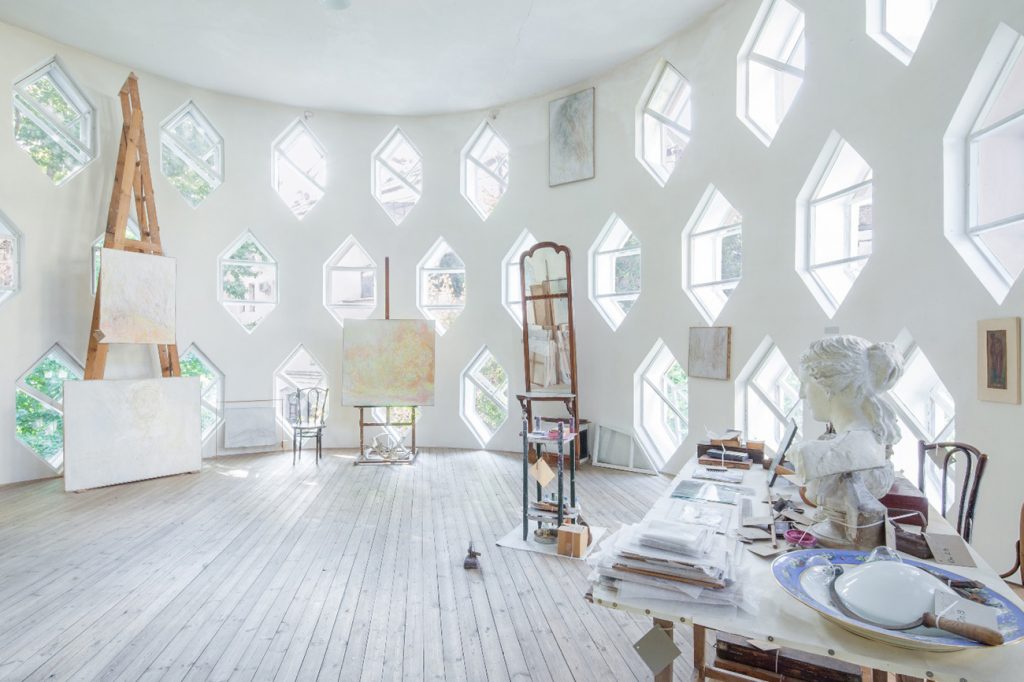 There’s no doubting Moscow’s rich architectural heritage. There’s an abundance of traditional buildings both old and new which fill the bulk of Moscow’s landscape. There are however a collection of somewhat quirky buildings for anybody to peruse and admire. So let’s take a look at some of Moscow’s unusual buildings…

First up is an eccentric house shaped like an Egg. Situated on Mashkova Street, this unusual architectural gem was originally intended for use in as a maternity ward in Bethlehem, but somehow wound its way to Moscow. Certainly you could say that this building resembles a Faberge egg, and it’s the only such building in the world. 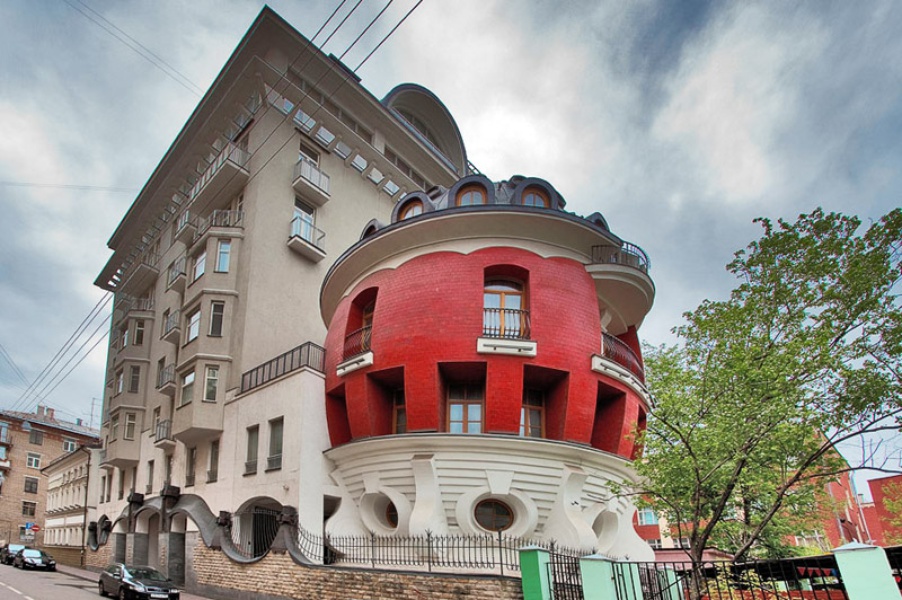 This picture perfect house was built in 1899 under the instruction of millionaire merchant Arseny Morozov. A plot of land was gifted to him by his mother on his 25th birthday and so he decided to constructed what we see today. Despite it’s current day reverence, the building at the time was ridiculed as its style apparently seemed out of place in Moscow. Legend says that his mother proclaimed “Only I used to know that you’re a fool, now the whole of Moscow will know!”

Situated at 5 Maly Levshinskiy Lane, Stolnik house pops out amongst the traditional old lanes of Arbat Street, which is incidentally where Pushkin once lived. You might not think it upon initial look, but this metal and glass, oddly shaped building, actually houses residents. 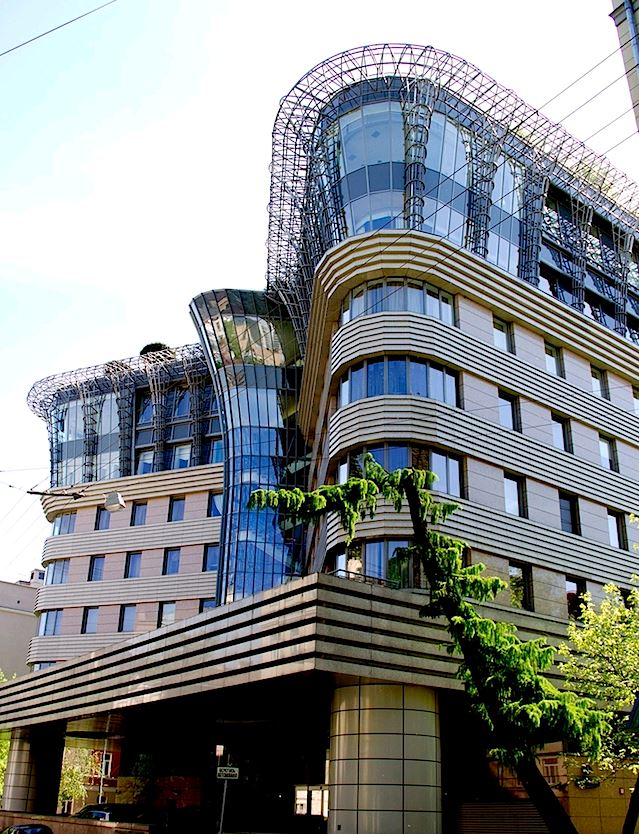 The building resembles that of a ship, perhaps the titanic? This one of a kind shaped building is the result of a complex internal structure – meaning that many of the shafts and stairwells are curved and inclined. The challenging nature of such a construction signals the need for a truly expert architect. Dmitry Bush designed this building and has been building stadiums and ice rinks in Russia for many a year. Last but certainly not least is Melnikov House, which can be found at 10 Krivoarbatsky Lane. The building was made by renowned Avant-Garde Soviet architect Konstantin Melnikov, and was intended for his family. Today this historic building is a symbol of Russian identity and is seen as a architectural monument in homage to this. It’s primarily unique for it’s shape – which consists of two intersecting cylinders. Interesting hexagonal windows wrap around the circumference of the building, which surely add to this buildings unique look. In total there are 60 windows while the apertures in the walls number more than 130, all of which are crammed with construction waste material, this was intended as so there would be absolutely zero waste created during the construction phase. The total area of the house sits at a modest 2691 ft² and Melnikov’s descendants have taken up residence to this very day. 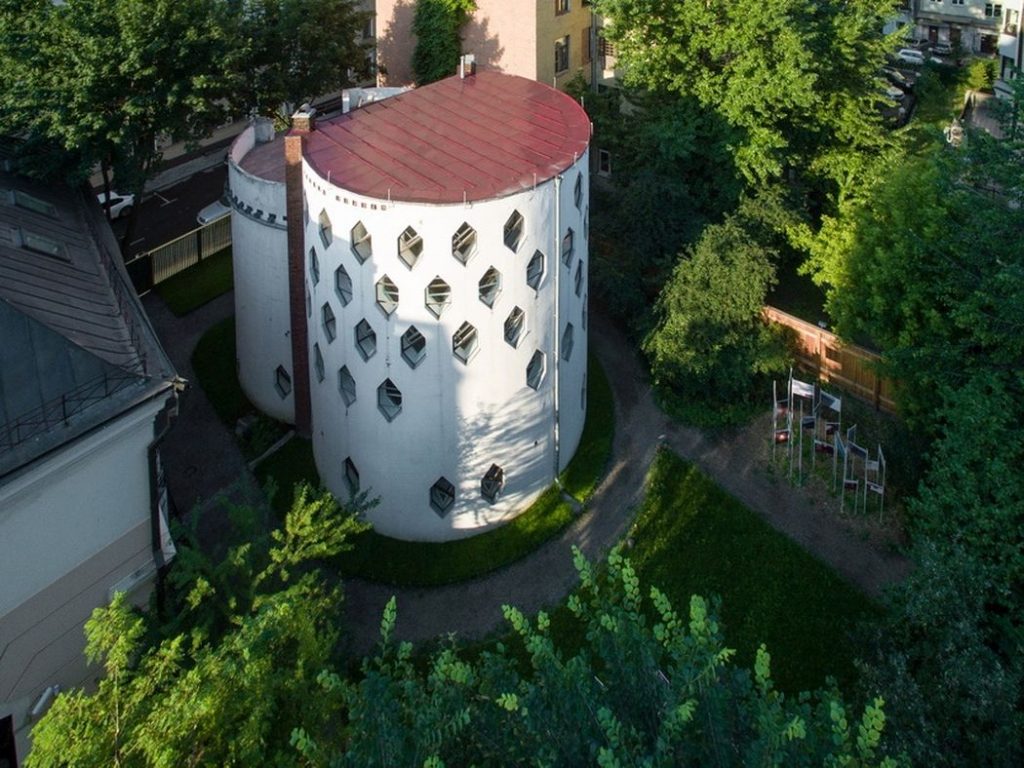 As you can see, there are several interesting buildings for you to admire, and probably many more hidden gems off the beaten track. So why not get out into the city and see more of Moscow’s unusual buildings!

Hi, I'm Stephen. Join me on my journey discovering Moscow and my attempts at learning Russian!