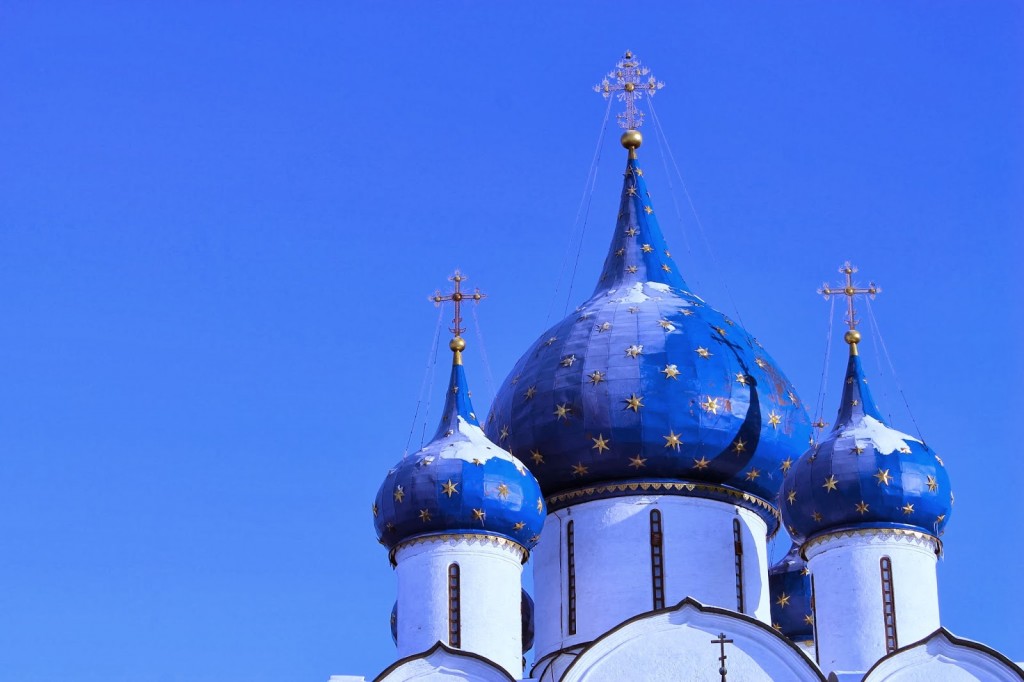 If you are looking for a small trip out of Moscow, I would strongly suggest you to go and discover the Golden Ring. The Golden Ring, or Золото́е кольцо́ as it is known in Russian, is a ring composed of 8 cities, whose history goes many centuries back. Every one of the cities showcase beautiful example of Russian architecture from the 12th to the 18th cenntury. As these cities are quite touristic, all the main buildings have been perfectly conserved and are regularly renovated.

This ring is composed, from North to South, of Kostroma, Yaroslavl, Rostov-the-Great, Ivanovo, Pereslavl, Suzdal, Sergiyev Possad and Vladimir.

All of these are real jewels but that being said, I do have my favourites.

Suzdal I visited in the winter. In Suzdal, the snow stays perfectly white thanks to the low industrialisation. The city seems completely disconnected from the outside world. The peace and quiet you will very much enjoy after living in a busy city like Moscow.

The city of Suzdal was founded in 1024. In the Old Russia or Russ’, Suzdal played a very imortant role. It was for some time the centre of the county of Rostov and Suzdal. Thanks to this rich history, the monuments in Suzdal are simply magnificient. The Kreml, the convent of the intercession, the wooden church of St. Nicholas, there is a lot to see. Arriving on Saturday morning and leaving late afternoon on Sunday should give you enough time to enjoy the city.

Sergiyev Possad reopened its main attraction the trinity Lavra of St. Sergius last year to the delight of all lovers of Russian architecture.

This is one of the most important monasteries in Russia, with a community of more than 300 monks. The cathedrals that were built on the territory are definitely worh the visit. The iconostase of the cathedral of the Trinity built in the 15th century is a very fine example of Russian religious iconography. At only 70km of Moscow, you can easily visit Sergiyev Possad on just one day.

If you cannot get enough of Russia’s onion domes, I would recommend you to visit Rostov-the-Great which you can reach easily by elektrichka (small train towards the outskirts of the city).