A Night at the Theatre: The Dog in the Manger at The Satire Theatre 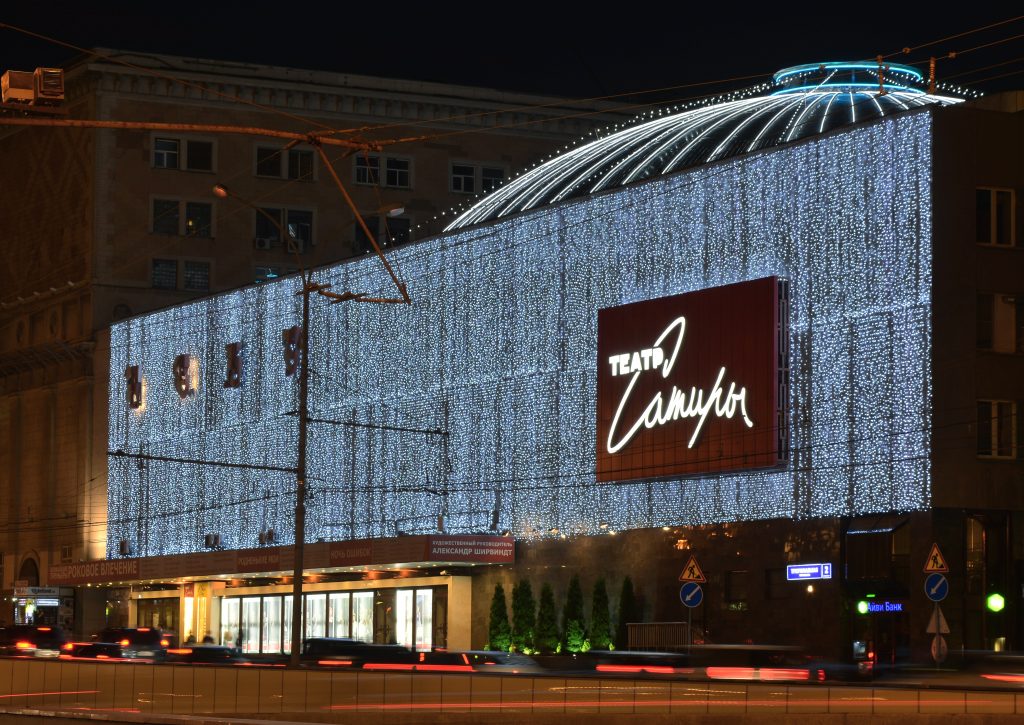 I love going to the theatre. Whether it’s to see a musical or a serious drama, a comedy or a ballet, the theatre always leaves me with the feeling that I’ve spent my time (and money) well. Be it in the basement of a pub or the fanciest theatre in town, there’s nothing quite like the feeling of art being produced live on a stage, just feet in front of your face. I’ve been spoilt with the theatre of London: from the longest-running musicals to the newest stars of the stage and from classic Shakespeare even to performances of Chekhov in the original Russian, London has a rich and diverse theatre scene, and I am pleased to say Moscow shares in this tradition. 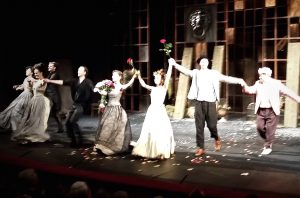 Musicals may not be occupying the majority of big theatres in Moscow as they do in London’s West End and New York’s Broadway, but the city nonetheless has theatres in abundance and they are brimming with talent. In fact, from my experience, even Russia’s smallest cities have an impressive performing arts industry and tickets are more than affordable to see shows in beautiful halls and with accomplished actors, dancers and singers. Even in the capital, when compared with the price of the average ticket in London, a night at the theatre is reasonable, thus making the wealth of artistic talent in the city accessible to many. Okay, so the Bolshoi’s historic stage is going to set your bank account back a bit (I started to save up last year especially for tickets) but the Kremlin Palace amongst other venues offers cheap tickets to beautiful ballets and operas.

Last week, I went to see a play at the famous Satire Theatre (Театр Сатиры). Since its foundation in 1924, it has become one of the most accomplished theatres in Russia and yet you can still expect to pay a mere 2000 roubles for one of the best seats in the house. In fact, I would say that its cleverly curved stage and seating mean that there really isn’t a bad seat in the house. It may not be the 250 roubles I paid for a front row seat in Irkustk, but compared to the average ticket price of £50-80 in London, I think it’s more than worth the splurge.

Theatres work very differently in Russia to London, where plays are put on by visiting companies or directors and the theatres act as hosts, these shows often having a run of a few weeks to a few months, or, as in the case of musicals, they remain in the same theatre for yonks, even if the cast changes every year. In Russia, theatres have a troupe that work in them, performing various shows at the same time and shows can run for years in the same theatre with more or less the same cast (excepting those that move to a different troupe of course). The theatre’s repertoire can be diverse, and the actors will likely perform a different show every night. Now that is some line learning if you ask me! 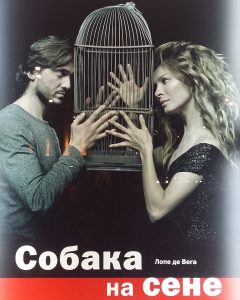 The Satire Theatre specialises in, yes you’ve guessed it, satire and comedy. Last week I saw one of the premiere performances of The Dog in the Manger (Собака на сене), a new addition to the theatre’s repertoire. It is a translation of a 1618 play by Spanish playwright and poet Lope de Vega, who was at the centre of Spanish Baroque literature, is only topped by Cervantes in terms of reputation in the Spanish canon and is even arguably one of the most prolific writers in the history of all literature, producing an astonishing number of works in his lifetime. Its title refers to the proverb originating from Ancient Greece, in which a dog sits in a manger, not eating the hay but also refusing to let the hungry horse eat it too. This is applied to love in Lope de Vega’s play, in which the Countess Diana falls in love with her secretary, yet refuses to show her love whilst also refusing to allow him to marry his lover, her maid. The play exposes conflicts of class when faced with love, an emotion that doesn’t play by society’s rules.

The Satire Theatre’s production is dramatic and emotional, with flickers of humour throughout. Written in verse, it is at times difficult to follow the language (even for Russians I was assured by my friend), but well worth a try if you want to see something different. The set is well used, the costumes are divine and the play is very visual. I was sold immediately on finding out that one of my favourite Russian actresses would be playing the lead role: Elena Podkaminskaya is stunning as the haughty Countess, oozing nobility but afflicted by her emotions, her playfulness and sudden cruel actions causing drama left, right and centre. 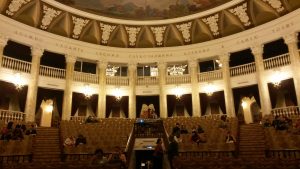 Many people learning a language are hesitant to attend the theatre. A ballet is fine and an opera often comes with subtitles anyway, but a play presents a direct language challenge: they are written for effect, not clarity. But a night at the theatre can be great aural practice as well as a surprisingly pleasant indicator of just how much you do know. No less than three times in The Dog in the Manger did they use idioms or colloquial language that I had learnt during my lessons in the weeks before and I got the warm fuzzy feeling of language study becoming language knowledge. So get yourself to the box office and buy a ticket – Moscow has a theatre and a show for everyone, and more than enough talent to go around too.

Find out about what is playing at The Satire Theatre at www.satire.ru