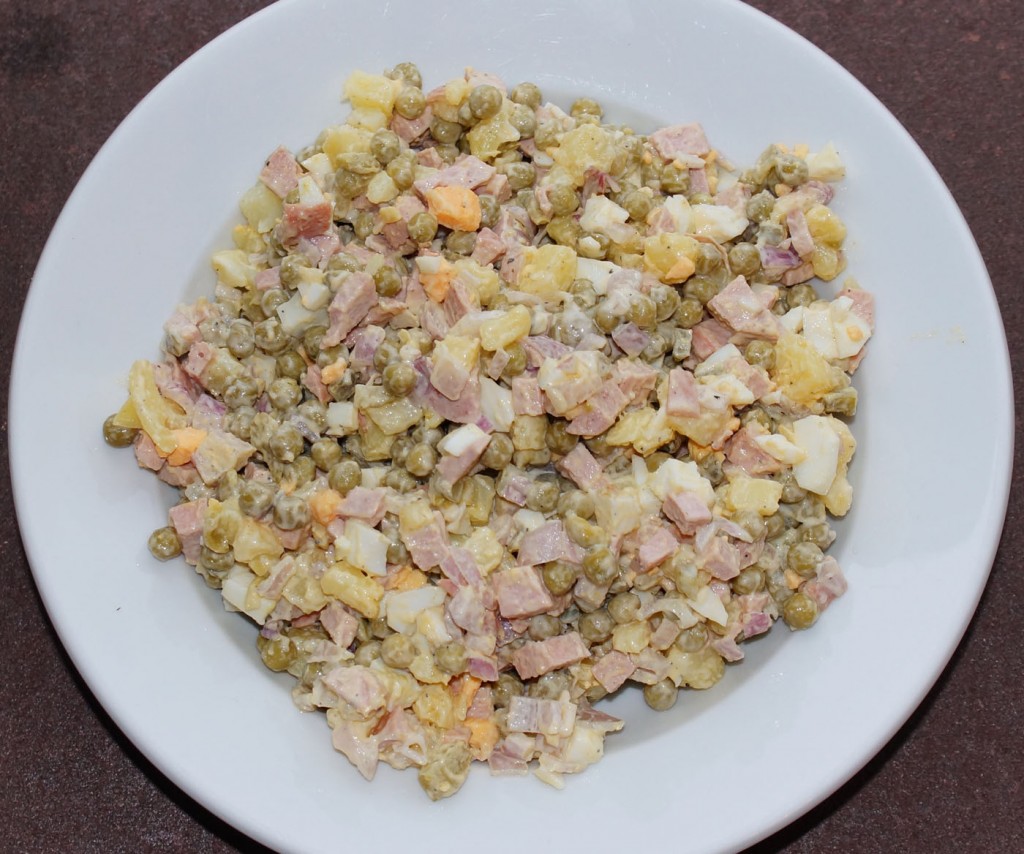 Russians celebrate the New Year all throughout the month of January, so I thought it would be fitting to talk about a food eaten during New Year’s celebrations. The staff favorite recipe today is Olivier salad.

Olivier salad is eaten on New Year’s as a закуски (derives from the word “to bite”), which is like an appetizer, and also a food that soaks up the vodka as you drink it throughout the night. The dish was created by Lucien Olivier, a Russian-Belgian chef who lived during the late 1800s. Olivier salad, named after the chef, became very popular in Moscow, although Olivier would never disclose his official recipe. After his death, Olivier’s sous-chef released the recipe to the public, and now it is eaten in Russia and post-Soviet countries during New Year’s celebrations.

There are many different variations of the salad today. It is usually made using some sort of meat (usually chicken, bologna, or ham), carrots, pickles, boiled potatoes, green peas, eggs, mayonnaise, salt, pepper, and sometimes mustard. The original recipe always centered around grout, although it is not eaten commonly anymore. It additionally used to contain tongue, smoked salmon, and capers.

The recipe below is adapted from food.com.

Cut the chicken (or other meat of choice) and set aside. Boil carrots and potatoes. When room temperature dice them and place them in a bowl. Add diced eggs, pickles, green onion, dill, and peas. Add the chicken, then mix in the mayonnaise, salt, and pepper (to taste). Serve cold, and enjoy!