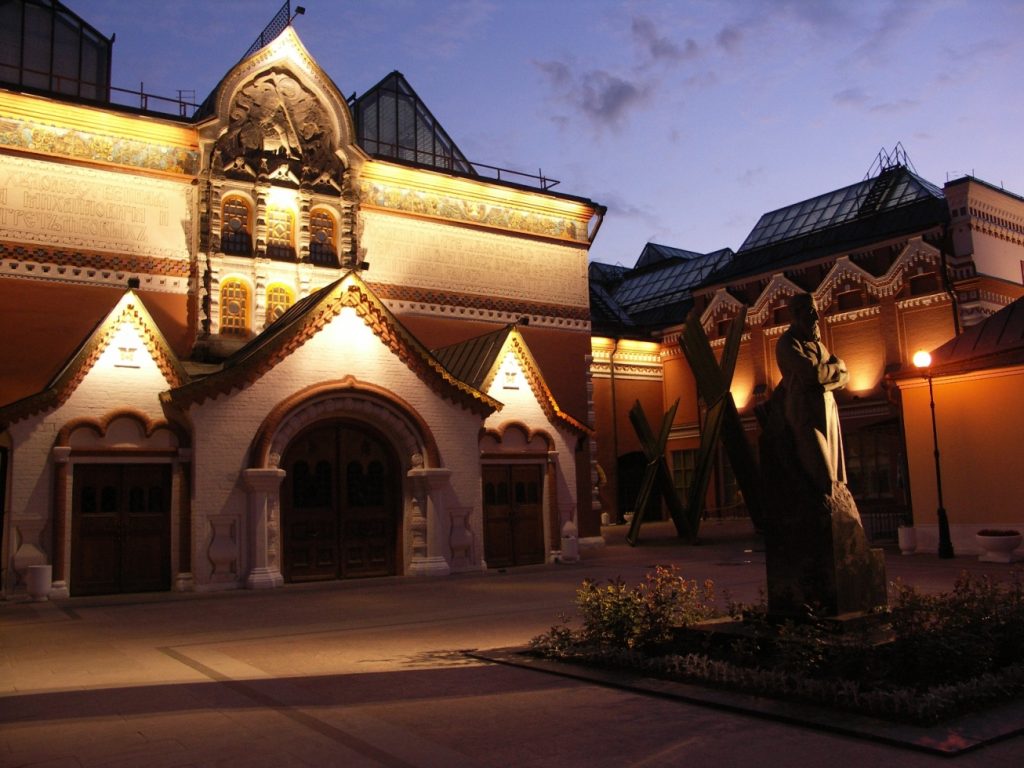 The State Tretyakov Gallery – Государственная Третьяковская Галерея – is one of the best art museums in Russia with an incredible collection of different art forms. It is an essential destination in Moscow for everyone who is interested in art and Russian history.

The museum was founded in 1856. It all started when the Moscow merchant Pavel Mikhailov Tretyakov started acquiring Russian art pieces with the aim to create a unique collection. He was the owner of a successful textile firm and a famous industrialist and patron with a passion for Russian art. Several years later, in 1892, the collection was already grown to approximately 2000 works. It included paintings, drawings and even sculptures, all by Russian artists. The collection started becoming a museum. Especially after Tretyakovs death the collection rapidly grew because of generous donations from art fans all over Russian. After the October Revolution all the museum collections were privatised. Art was now bought, donated or transferred. Not only between museums but also between private collections or cathedrals and monasteries.

Nowadays the world famous museum consists of over 130’000 exhibits which are presented in 62 rooms. The visitors can marvel at Russian art from the 11th through the early 20th century. Its collection of Russian realism from the second half of the 19th century is the best in Russia. The museum presents different exhibitions during the year which are dedicated to a special Era or art form. You can find all the details about the current and upcoming exhibitions on the website. While the early works are mostly religious paintings and icons, the newest ones are a huge variety of modern art. In 1985 the gallery was merged with the gallery of contemporary art, a modern building which is located along the Garden Ring.

During the Second World War the whole exhibition was evacuated by train with 17 wagons. The train headed to Novosibirsk where the collection was kept safe until the End of the war. The reopening took place on May 17, 1945.

Tickets for the museum can be bought online via their official Homepage:

Getting there: The nearest metro stations are “Tretyakovskaya”, “Novokuznetskaya” and “Polyanka”

My name is Matthias Thoeny and I am from Switzerland. I am studying Business Administration at the University of St. Gallen. My mother tongue is German. I started learning Russian three years ago at university and continued self-studying. Last summer I already spent 7 weeks at Liden & Denz in St. Petersburg and I really enjoyed my stay in this beautiful environment. I started my Internship at Liden & Denz in Moscow in September and now I am working in St. Petersburg. I hope you enjoy reading my blog articles.