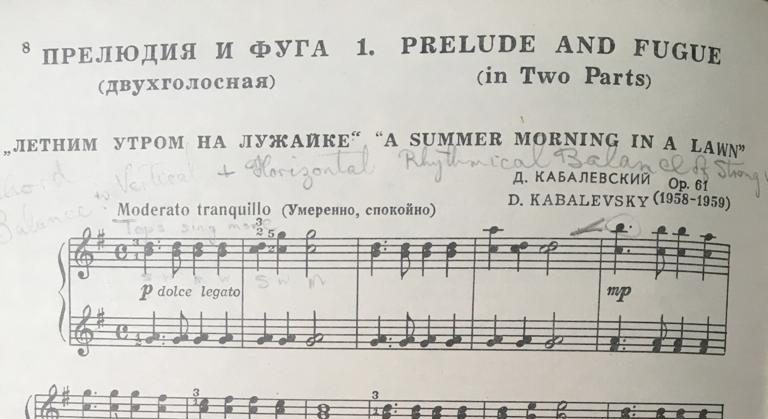 Russia is well-known for its fabulous classical music. However, it’s not always easy to recall exactly who gave Russia this reputation. You may have heard of at least a few Russian composers (perhaps Tchaikovsky) but beyond names, it can be difficult to recall any facts about them if you haven’t ever studied music, let alone any pieces they wrote. If you’ve always wanted to know more about Russian composers but haven’t quite got round to reading up on the subject, this short article should get you up to speed!

Where from? Born in the present-day Udmurt Republic (Russian: Удмуртия республика); later travelled a lot, but returned to Russia
His life: Studied in St Petersburg to become a civil servant whilst always having a keen interest in music; later studied at the St Petersburg Conservatory. Following his studies Tchaikovsky taught composition at the Moscow Conservatory before turning fully to composition. Tchaikovsky received much praise in his own lifetime, especially for the opera Eugene Onegin.
Famous works: Although he is probably most commonly associated with Eugene Onegin, Tchaikovsky’s Violin Concerto is also world-renowned and often regarded as one of the most beautiful violin concertos that exists. It’s also worth listening to Tchaikovsky’s orchestral works, such as his Fifth Symphony.

Where? Born in Tikhvin (Russian: Тихвин), near Saint Petersburg; studied in Saint Petersburg
His life: Was always interested in music, but joined the Navy at a very young age. Eventually he returned to music, having grown unenthusiastic about the Navy, and later joined the Saint Petersburg Conservatory as a professor. He was friends with Tchaikovsky in his lifetime, and his wife Nadezhda was also a pianist and composer, albeit not very well known.
Famous works: Flight of the Bumblebee was written by Rimsky-Korsakov – this piece is instantly recognisable and is played very often to this day, appearing not just in a classical context but in modern TV and film too. Aside from this, Russian Easter Festival Overture is one of his best known works, but his suite Scheherazade is undoubtedly world-renowned too.

Where? Birthplace unclear but somewhere near Veliky Novgorod; studied at Moscow Conservatory
His life: Rachmaninov played the piano at a very young age and received private lessons until he began studying at Moscow Conservatory. Rachmaninov was a celebrated performer as well as composer; he was an extremely talented pianist and gave many concerts in his homeland as well as America. His music was written often for orchestra as well as piano.
Famous works: Rachmaninov’s works for piano are infamously difficult to play, especially his Etudes-tableaux. His Symphonic Dances, written for orchestra, are also well worth a listen.

Where? Born in present-day Lomonsov (Russian: Ломонсов), a town not far from Saint Petersburg; studied in Saint Petersburg
His life: Stravinsky was an enthusiastic musician from childhood, but originally studied law at university. He eventually decided to focus on music and even studied under Rimsky-Korsakov at the Saint Petersburg Conservatory. In his later life, he lived in France and America.
Famous works: The Rite of Spring and Firebird (which includes the Infernal Dance, as seen below) are probably his most famous works. These were both ballets staged by another famous Russian, Sergei Diaghilev, that won Stravinsky huge acclaim pretty much as soon as they were performed.

Where? Born and studied in Saint Petersburg
His life: Was a talented musician from a young age; attended Saint Petersburg State Conservatory (then Petrograd Conservatory) before beginning his career as a composer. Shostakovich’s music was not always looked upon favourably by authorities during his lifetime due to its apparent anti-Soviet sentiments, meaning that some works were not performed again until well after they had premiered. Despite this, he received several awards for his work and his music is highly popular today.
Famous works: Shostakovich is well-known for his symphonies, in particular his Seventh Symphony (also known as the ‘Leningrad’) and his Fifth Symphony, which was a triumph when it was first heard. His Eighth Symphony, although not as well known, also makes for a very interesting listen – it is not as uplifting than the Fifth but nethertheless contains a lot of powerful emotion.

Russia has evidently produced numerous musical talents – so many that it would be impossible to fit them all in this article! Other classical composers worth a mention include Glazunov, Borodin, Scriabin, Myaskovsky, Kabalevsky, Glinka, and Mussorgsky, although of course this isn’t a definitive list. The lack of female composers is noticeable; classical music has long been a male-dominated profession and the best-known Russian composers are arguably all male. Despite this, it is indisputable that some of the best classical music in the world has come from Russia!

Interested in Russian music but prefer something a bit more modern? Check out our article on Russian pop music today!