Inside a dystopian novel: “We” by Yevgeny Zamyatin 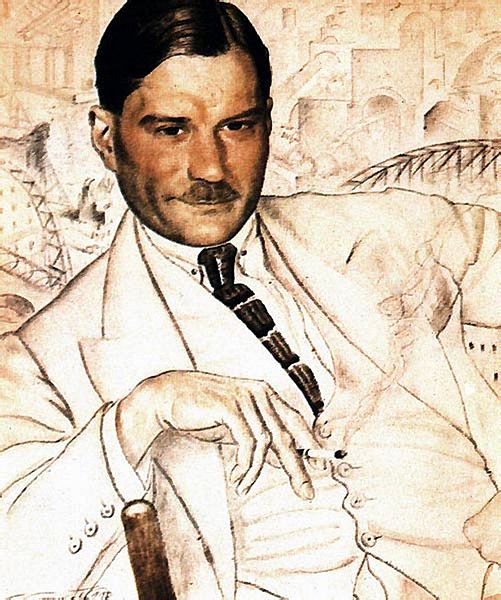 If you have enjoyed binge-watching on Black Mirror and you are looking for something interesting to read, then you will probably appreciate a good old dystopian novel.

For an exhaustive definition of what a dystopia is, I highly recommend you to watch this animated TED-Ed.

We (My), by Russian author Yevgeny Zamyatin, is to be considered the progenitor of all dystopian novels of the XX century. It was written between 1919 and 1921, but a complete Russian version of We was published only in 1988 when the perestroika encouraged the rediscovery of censored literature. Zamyatin had to face many vicissitudes in order to publish his novel, which contained a harsh critique of the socialist regime in the USSR. The Soviet censorship officially banned We in 1924, although chapters of it appeared in 1927 on the review Volja Rossii, founded by Russian migrant writers in Prague: these fragments became an excuse to launch a campaign against Zamjatin, who expatriated in 1931 to France, where he died in 1937.

What if your house was built of glass?

We is set at the end of the third Millennium in the One State, a highly mechanized state protected by a barrier, the Green Wall, from the outside world. The story is told through the notes of D-503, an engineer who is working on the construction of a spaceship, the Integral, which will be used to export the perfect political system of the One State to other planets. The inhabitants of the State have no names, they are only identified by a number. Everything here is built out of glass so that everyone can see what people are doing inside their flats or while they are at work. Everyone’s behavior is based on fixed rules deriving from mathematical equations. D-503 is a role-model for other citizens of the State, but that changes when he meets I-330, a woman whose sensuality and unconventional behaviors represent a threat to the norms of the State, who is not afraid to show her being unique, despite a state who tries to suffocate individuality. She will involve D-503 in a plan to subvert the central authority. 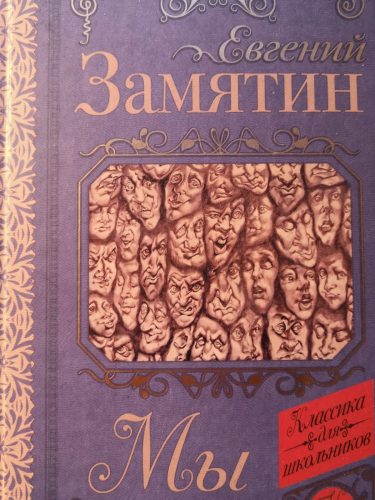 After reading the novel in Italian for an exam at university, I’ve decided to buy the Russian version here in SPB. Honestly, I haven’t opened it yet.

Zamyatin describes a world where individuals have to choose between being happy and being free: the One State provides its inhabitants with the idea that they need to be ruled to reach happiness. Giving them the freedom to choose may leave them in a state of uncertainty, which will eventually lead to committing some kind of crime. In other words, as free people, they would certainly attempt to overturn the authority of the State. The author also investigates the relationship between men and machines, he understands the negative potential the latter might have, as their pervasiveness grows.

While you wait for the next season of Black Mirror to be released, why don’t you give this thrilling novel a read? For more literary suggestion, our blog offers you articles that deal with every aspect of Russian literature: you may want to understand more about how the experience of migration has influenced the work of Vladimir Nabokov, or maybe you want to find out more about female voices in Russian poetry and prose. Even if you are planning your literary tour in Saint Petersburg, we have some tips for you.