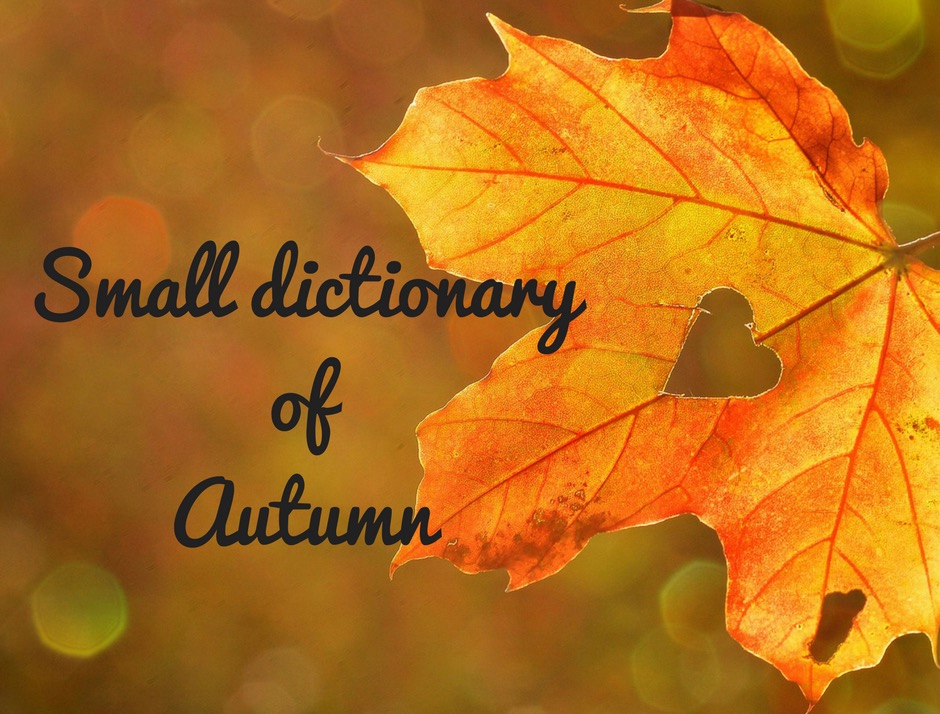 Autumn is one of the most beautiful and colourful times of the year. It’s a poetic season during which Russia strongly reveals her beauty: colours change from green into gold, while leaves begin to fall. Let’s learn some words and expressions related to Russian autumn through this small dictionary! 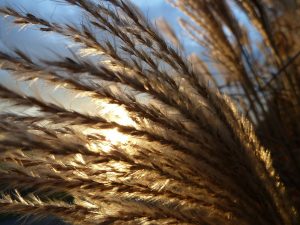 A final glow of warmth at the end of September or in the first half of October: during Babie lieto Russians can enjoy warm, dry and sunny weather. Why is it called “Babie leto”? It can be literally translated as “old woman’s summer”: a time in which old women can still get warmed by the autumn sun. But Babie leto’s origins also go back to the time when Russian economy was mostly agrarian: this expression is associated with the period in which peasants finished their work in the fields and women were busy with household chores. 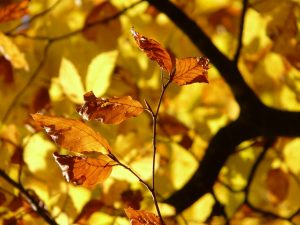 The period from the end of September to the middle of October in Russia is called Золотая осень – Golden autumn. Like an artist, autumn paints everything in red, orange and yellow tones. The grass and the leaves on the trees shimmer and shine in the sunlight. How poetic! However this is a melancholy season, as the days are visibly shorter and the threat of cold autumn already floats in the wind, autumn was Pushkin’s favourite season, which inspired many of his poems. In the poem “Autumn”, Pushkin calls this time of the year a “melancholy season,” and at the same time a “delight for the eyes”. 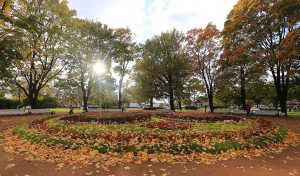 Golden leaves flying in the wind, the sight of red, orange and yellow leaves coloring the ground, a last show before the winter comes: in one word листопад.  Листопад means “leaf fall”, from the words лист (leaf) and падать (to Fall). 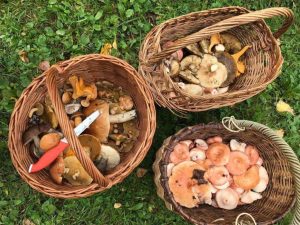 During mushroom hunting a sharp knife and a basket are a Russian’s best friends. If you like mushrooms you should definitely come to Russia in autumn! Mushroom hunting is very popular all over Russia, even more than popular: it’s a tradition. Mushroom hunting season runs from September through the middle of October, more than 200 kinds of edible mushrooms can be found in Russia and some of them are the most delicious mushrooms in the world. Mushrooms have always been part of the Russian diet: they were Slavic people’s main meal in times of famine, since they are very nutritious; from the 10th century, when Orthodox Christianity was widely introduced, they replace meat in traditional dishes during Lent. And last but not least: they make any meal taste better! 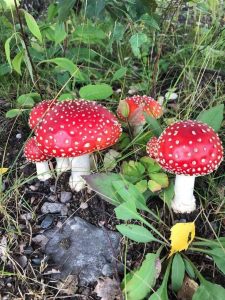 In Autumn it can be sunny and it can rain simultaneously. Russian has a word for that: грибной дождь. Literary “mushroom rain”, gribnoy dozhd’ is a weak, quick rain during sunny days, which creates favourable conditions for mushrooms’ growth: a weak rain creates an ideal microclimate for mushrooms; if the rain is too strong, instead, the soil is saturated with moisture and freezes. Gribnoy dozhd’ is also called слепой дождь, literally translated as “blind rain”.

So, here you have it – a small dictionary of Autumn. I hope I could give you through this post an idea of how beautiful Russia is during autumn!

Hello! I'm Krizia from Italy, I'll be interning at Liden & Denz in Saint Petersburg until the end of September. I hope you'll enjoy the blog and find useful informations about this wonderful city!