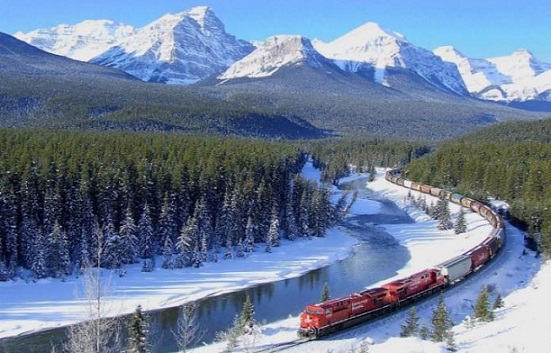 When we think about Russia, it comes to us the idea of the biggest country on earth but sometimes we make the mistake to think or to compare all the country with the two most popular cities, Moscow and Saint Petersburg. Having in mind that Russia comprises 160 different nationalities and over 120 languages are spoken in the territory but still taking the Russian as an official language.

I would like to share with you an interesting fact that can make your stay in the country a better experience, which is the Trans-Siberian route. Everything began with Aleksandr III in 1891, who wanted to unify the country by building a railroad network from the capital with the natural gifts from Siberian regions. It was decided after many years that the trans-Siberian train should be constructed by only Russians without the influence of any foreign companies, just to make it focus of national pride.

The project was completed after 12 years; it encountered several difficulties because a large amount from national budget was used for it, the nature conditions weren’t always favorable due to the lakes and mountains in that area, and many specialists and workers were required on every city.

I found a website called transsiberianexpress.net which offers you 3 planned routes with a wide range of prices from 167 dollars up to 700 dollars, if you decide to travel in first class. You must book your trip no less than 5 days prior departure and there is a possibility to pay with credit or debit card.

Any of these trips you choose, it will be an unforgettable experience that you will enjoy. On the website you can find more details about every trip.