What You Didn’t Know About Sports in Moscow! 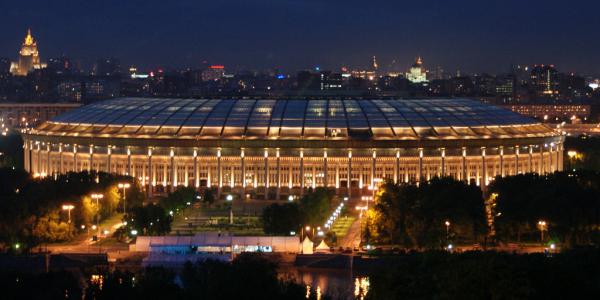 Moscow Sports is a thing in Moscow. I don’t know if you knew that Moscow is a very sporty city, with a rich sporting history and many teams for different sports are based in Russia’s capital city.

What exactly do I mean by that?

Moscow is home to 63 different stadiums and is also home to over 500 Olympic champions! Luzhniki Stadium is the largest in the city and is also the fourth largest in Europe and hosted the 1980 Summer Olympics.

The most popular sports in Moscow are football and ice hockey, and the most successful ice hockey team in the world HC CSKA Moscow is based here. Because of the cold climate, winter sports are obviously very popular here and aside from watching ice hockey in the stadiums or attending the Speed Skating championships, you can also get active yourself and skate on the frozen ponds in one of Moscow’s many large parks or follow marked trails for cross country skiing.

Football has an extremely large following in Moscow, especially now that the city has won the opportunity to host the 2018 World Cup! A lot of money is being spent to increase the Luzhkini Stadium and to build another two stadiums: the Dynamo and the Spartak, for a total of 40,000 seats!

Moscow has 33 different football teams, compared to St Petersburg’s one (Zenit), and one of it’s most successful is PFC CSKA Moscow, who play at the Arena Khimki. You can get tickets to see their home games here, and with the football season starting soon, it’s time to swap ice hockey for football!

As it’s such a sporty city, there are some lesser known sports available here too: one of the most titled basketball clubs in Europe comes from Moscow, PBC CSKA Moscow, and the most titled volleyball team VC CSKA Moscow is also located here. There’s a professional rugby club and last year the Luzhniki Stadium hosted the 2013 Rugby World Cup Sevens.

Jade Mitchell-Ross is an English student, currently on an internship while studying Russian at Liden & Denz