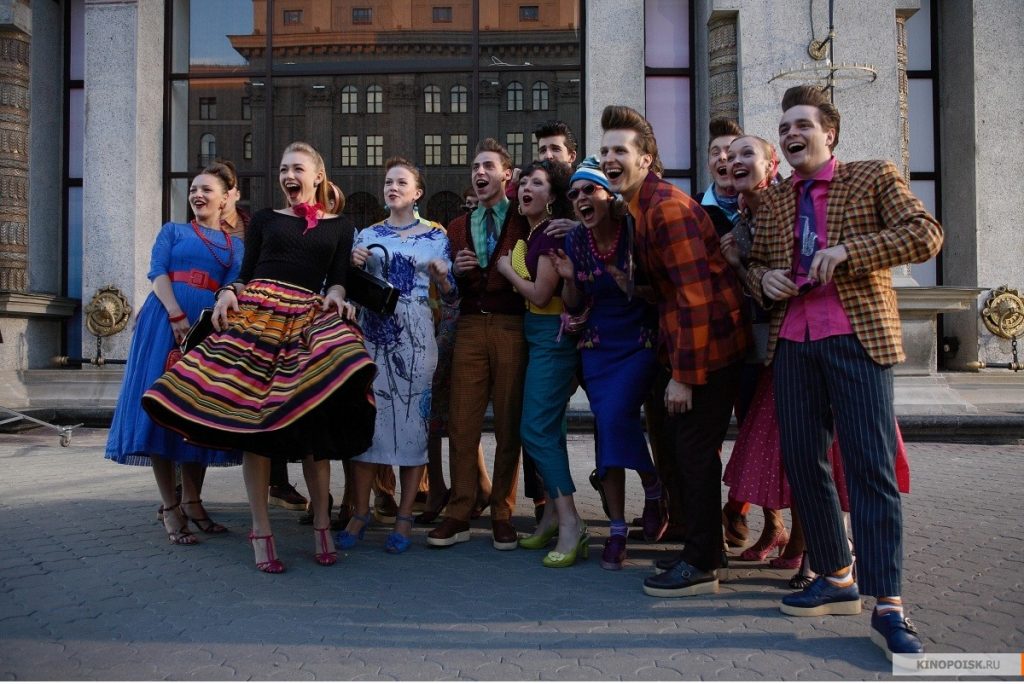 For foreigners curious about Russia, the first place they usually go is to Russian films. Lucky for them, there’s a great number of Russian films widely available on the internet today. Mosfilm for instance upload their large catalogue on Youtube and include English subtitles. Here is an open window into Russian and Soviet culture that everyone can access.

In the world of Russian cinema, Stilyagi is a film that stands out. Released in 2008, the film is about the titular stilyagi – hipsters is the closest English word. However, these young people did much more than having a different style, which is what people think of hipsters today. They openly defied the strict conventions they needed to follow and took great risks in doing so, too. Set in 1950’s Soviet Union, the film shows a different side to the uniform and grey image that is often a foreigners’ perception of the Soviet Union. Though no documentary, the film’s subjects are real.

In the 1950s’, a unique subculture bloomed in the Soviet Union. Two things set them apart: their fashion style and their taste in music. They embrace (what they think is) American culture in a time when it was seen as taboo. These hipsters (stilyagi) dressed very differently to their peers. Gone were the uniforms and haircuts approved by the Komsomol (Young Communist League). In came colourful and stylish outfits. The Soviet Union produced outfits and styles which are made for people to fit in and blend into a crowd. These Soviet hipsters dressed to stand out and grab attention instead. This required them to go to black markets, operating in a legal grey zone to buy these outfits.

The second trait of note is their embrace of jazz music. In a time when Russia banned Western music, the stilyagi listened to American-style jazz. Dance nights were held where they would dress up and dance to jazz in secret. These parties would be disbanded and participants chased away if the Komsomol caught them in the act. They also made and imported recordings illegally, as it was the only way for them to enjoy these forbidden fruits. Some acquire their own saxophones and trumpets to play along. Many aspects of this subculture were done under great risks. Dressing stylishly may only garner some negative comments, but illegal possession of foreign music can lead to very harsh punishment. This includes prison sentences. 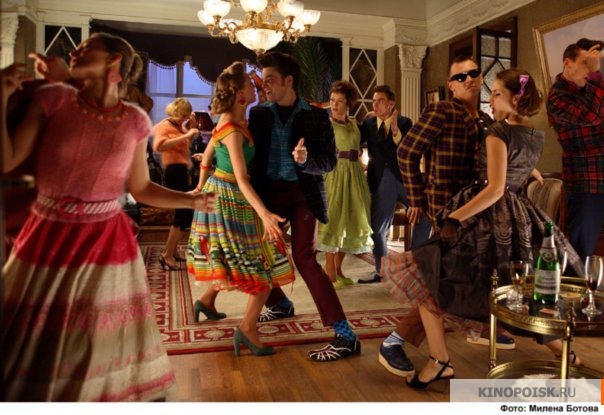 What happened to the stilyagi after the 1950’s? In 1957, the Soviet Union lifted the official ban on jazz music. Ironic perhaps, that after this the stilyagi slowly faded away. They got married, had children, and became normal Soviet citizens. Meanwhile, those coming of age no longer followed the trend to keep it alive. At the same time, public views on foreign culture became more relaxed and it was no longer as taboo as it once was.

The film Stilyagi is a celebration of this subculture, with a typical story of a hero winning over a heroine placed in a unique backdrop of the Soviet era . It also features many catchy musical numbers, which demonstrates the role of music for this subculture: stilyagi may dress stylishly, but it is their passion for jazz music and dance that’s the main focus. As mentioned, the film does not serve as a documentary, but it is in some cases very realistic. Depictions of Soviet communal housing and lifestyles mirror reality, for instance, while there are fantastical elements when portraying the stilyagi themselves.

In the end, Stilyagi serves two purposes: deliver an entertaining film, and shed light on the fascinating but little known Soviet hipsters that more should know about.