For the last three months I have been living with my friend Karina, a student in one of Moscow’s top universities. In a previous #studentlife post, I wrote about the inefficiencies faced by Karina and many other Russian students within their chosen educational establishments, from corruption to the lack of influence students have over their own studies. For this, my final entry on Moscow student life, I thought I would have a look at how being a student affects your private or social life, if you manage to retain one. 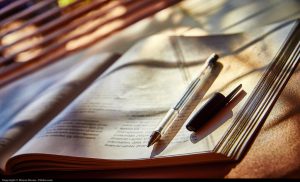 I say that because it seems that Russian students are left with very little time outside of their studies. Whereas contact hours in British universities can be minimal for many disciplines, Russian students are more commonly obliged to attend classes all day, everyday. This is especially true of first year students, which comes as a shock to me as it seems the opposite is true in the UK. Of course, for many British students, the first year is hard as they adjust to life away from home, to a more challenging level of study and the intense atmosphere that higher education requires. That being said, however, first year is also the “party year”, and things only get really serious in the second and final years of study. That is not to say that there is no tasks to be done or no deadlines to meet, and successful students will still work hard. But they will also play hard from Freshers’ Week to the big Summer Ball, with Sports Night inbetween. Students in the UK also spend time exploring their new city (if indeed it’s new), getting to know their classmates, throwing parties in their halls and enjoying student discounts in bars, pubs, clubs and, of course, the trusty Student Union.

I recently spent some time with Karina’s younger brother, Kostya, who is a first year science student in St Petersburg. He has compulsory classes from 9 until 6 every weekday and from 9 until 12 on Saturdays. He comes home in the evening exhausted, so he only really has the time and energy to do his homework, eat something and sleep. With the amount of work he is set, he really doesn’t have a moment to spare for exploring his new city or out on the razz. He does have time for sport, however… because it’s a compulsory class he must attend once a week. I asked if he enjoyed this class – after all he is a sporty guy. He laughs at me. It turns out that this “PE class” involves some 70 tired students in a small sports hall on a Saturday morning doing laps and circuit exercises for two hours. I ask whether he’s joined the university ice hockey team, as I know he’s quite the player. “Which ice hockey team?” he replies. His university, one of the biggest and best in Russia’s northern capital, doesn’t have an ice hockey team, despite even my British university – Britain being a country that doesn’t watch or understand ice hockey – having one. This makes zero sense to me. Although it may not be the same at all Russian universities, from the handful of students I know (who all study at different establishments), I can certainly sense a theme. Sports and clubs are a huge part of UK and US university life. In America, sporting ability can even get you a scholarship from a top college. There is less of that in the UK, though rowing talent can certainly help strengthen an Oxbridge application (but it by no means seals the deal). Despite sports being taken a bit less seriously by UK universities, we still have competitive teams and Wednesday afternoons are traditionally free of all lectures and classes so that students can participate in sports or, if being active isn’t your thing, in other clubs. One of the biggest events of the university calendar in Britain is the annual Freshers’ Fair, an event in which all of the Freshers (first years) and returning students can have a look at the clubs and societies on offer. In my uni, there were hundreds of such clubs, from religious groups to knitting mornings, from charity work opportunities to comedy and performing arts, from business enterprises to playing competitive Quidditch. I experienced the same wealth of extracurricular activities when I studied on exchange in Canada too. My questions to Russian students I know about what societies are on offer are met with furrowed brows and demands for an explanation of what I’m talking about.

The idea of being forced to do fitness seems very Soviet Union to me. I have visions of pioneers marching about though maybe that’s too chirpy an image, as pioneers probably had to look like they were enjoying themselves. I have yet to meet a student here that enjoys these compulsory fitness classes, even if they love sport on the whole. Karina manages to escape these classes thanks to a (genuine and deserved) doctor’s note, but she pays the price in the form of a twice-annually 35-page project on an aspect of fitness. Kostya’s classmates avoid Saturday morning workout by paying for gym memberships, not that they have to prove they ever actually go. Of course I am all for encouraging fitness and health amongst students and although UK universities offer everything required for a student to keep fit, it’s a personal choice and lazy bones like me don’t join the cross country club or pay for the cut price gym membership. However, I’m not sure that enforced sports that aren’t even enjoyable are the answer either, and it just all seems a bit too undemocratic. Plus, if the health of the students is of such importance to the university directors, where are the mental health facilities, the onsite doctor, sexual health clinic, drug advice service and free dental care? UCL, my university in London

I know that I seem to be very negative about the entire Russian university system; I don’t mean to be and I try to go learn about everything with an open mind. Indeed, there are lots of benefits to a Russian university education: Russia produces some of the brightest scientists in the world and many universities across the country are renowned for their excellent teaching. Research facilities are reported to be top notch and you certainly should come out with the right attitude towards work ethics and life. All too many British students come out of uni struggling with 9am starts at work and with not having 3 month long summer holidays. I will never claim that UK universities are without fault, as I, myself, had a million and one issues during my studies. However, I have a whole new appreciation for the freedoms that British students are allowed: every complaint I ever had could be lodged and brought to the head of department and even now, six months after I last stepped foot on campus, one of my teachers is asking for our feedback in an attempt to improve the experience for future students; we had the right to strike, as did our staff, when we were dissatisfied with rising student fees and falling academic wages; I could have started a new society if the ones on offer weren’t to my taste; I had enough time outside of classes to allow me to study and work. Maybe you would expect so much when the tuition fees are as high as they are in the UK, but I suppose what this boils down to is the idea of what “the student experience” means here and back home. In the UK it is more than your academic abilities and extracurricular activities can be the big difference between you and the next applicant getting that post-graduate job. In Russia, being a student is exactly that, with very little additional connotation to the word. That is not necessarily a bad thing. Although I may look at Russian student life with incredulity, I daren’t say that either way or approach is definitively better or worse. They are just very different, and we can most probably learn from one another. All I do know is that being a student isn’t as easy as many perceive and whether you’re studying in Moscow or London, the same issues and worries crop up everyday. But I also know that the experience of studying (and especially abroad) should be embraced, whether you’re enrolled in a degree or just taking a weekly language class. It’s always an opportunity to broaden your horizons and open your mind and there’s never a point that we should stop aiming to learn new things. Besides, life after graduation is super tricky so you go and do that extra course and that third masters and avoid “real life” – why the heck do you think I’m in Moscow right now?!