Supercut of the History of St. Petersburg 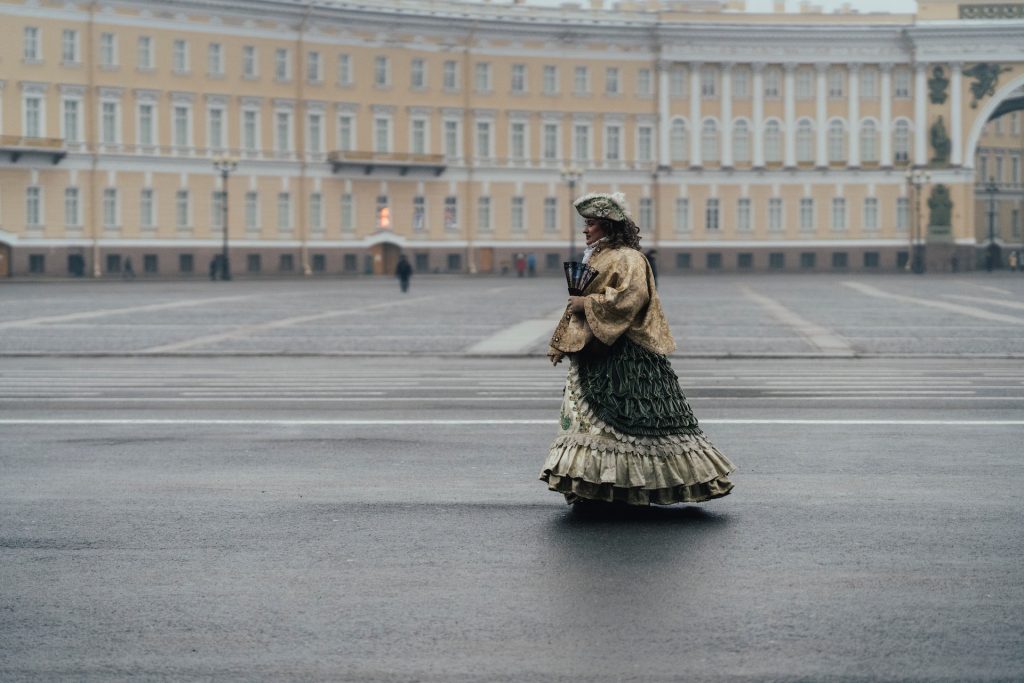 I was surprised that even though we had articles on particular Petersburg monuments, we had no article about the overall History of St. Petersburg… so here we go! When I told relatives, I would spend the next three months in St. Petersburg, their first reaction was always enthusiasm for the History and culture that the city is known to inhabit. And, indeed, every street seems to be willing to reflect a historical event. 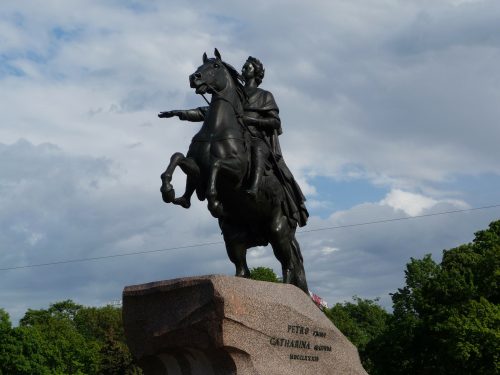 When it all started: 1672 and the birth of Peter the Great

The History of St. Petersburg is closely related to the story of his creator, Peter the Great. Son of Alexis 1st and Natalia Narychkine, Peter was easily recognisable within his 14 brothers and sisters: not only his height (2,3m) but also his fascination for the world outside Russia often raised curiosity. After he got on the throne in 1682, he started travelling incognito around Europe, learning about mores and techniques of the continent. As he met Generals, Monarques and academics, he believed Russia should let aside superstition and Slavophilia (the assurance that Russia is the center of the world and has nothing to learn from other countries). Indeed, he wanted to introduce his home country to European progress, science, and orientalism.

As he was told about the Coup d’Etat that just happened in Moscow, he returned earlier than planned and condemned more than a thousand schemers and threatened anyone who would dare to question his power. This was the beginning of the reforms.

The first reforms: from cutting the beards to creating a new capital

According to his willingness to Occidentalise Russia, concurring with his strong power, Peter the Great started his reforms. He began by humiliating and changing the previous Elite by cutting their beards off and forcing them to wear European clothing, which was more than humiliating for these Slavophiles. Among others, he subjects the orthodox church to secular power, forbids arranged marriage, promotes social ladder, and let the year start in January instead of September.

Wishing to create a deep cut from previous Russia to the modern one, Peter the Great had the idea of creating a new capital city. According to his vision, it was supposed to be a gate towards Europe, which he could find around the Baltic Sea. This was the beginning of the History of St. Petersbourg.

The territory where Peter the Great wished to create his new city still belonged to the Swedish Empire. Ready to do anything to make his vision reality, the tsar started to conduct the Great Northern Wars in 1700. Feeling he was about to lose against a much more experienced Swedish Army, Peter sought help from Poland, Saxe, and Danemark. The later occupied Charles XIIs attention while the tsar reorganised his army and fleet. He did so on Zayatch Ostrov, in the famous “Peter and Paul fortress” built in 1703 for this purpose. The fortress will become the heart of the city.

After the new organisation of the army, Russia had its first military victory in 1714, giving her access to the Neva and to the golf. Peter immediately moved all governmental institutions from Moscow to Sankt Pieter Burkh (the original name of the city), letting it become the capital.

After a series of victories, peace was signed in 1721 with the Nystad Treaty (1721), granting Russia the new territories it needed for the settling of its new capital.

The creation of Sankt Pieter Burkh Affectioning Dutch, Peter the Great decided to name the new city not only after the name of its creator but also for its meaning as the “Patron Saint guardian of the gates of paradise”. This idea can also be found on the coat of arms of the city: inspired by the crests of the Vatican symbolising the entry to the Paradise, he chose the anchors and the imperial crown.

The city needed to be built out of nothing: indeed, the geographical circumstances of the city being a swamp made the construction extremely fastidious. To challenge the extreme weather conditions, the high chances of floods and tremendous amount of work needed, the tsar recruited millions of foreign academics to help, but also 30’000 new serfs, Russian detained and Swedish war prisoners for the construction. Among them, about 10’000 died, and the survivors earned freedom and a little piece of territory.

Apart from the Fortress representing power, Petersburg also owns other monuments to its creator: The Saints Peter and Paul Cathedral, as well as the prison, which was symbols of the Russian autocracy. The Menshikov Palace, also known as the Hermitage, was also created by him for Alexander Menshikov, the first governor of the city.

The History of St. Petersburg also had its ups and downs. Indeed, the old elite, forced to move from Moscow to the new capital, expressed horror and discus. To them, the city was nothing but a horrible slough. Realising the natural resources were too rare to build a city, the new commers were given the order to bring their own stones to build their new houses. Insisting on creating a completely new capital, the new residences were to be built with elegance in the European style. Their inhabitants had to wear German clothes, and their beards never to be grown again, which went against the orthodox tradition.

With the death of Peter the Great in 1952, this elite hoped it could go back to its previous home town. They were wrong: the spirit and wish of the dead tsar would continue to inhabit the new city for the next centuries, letting it become a beautiful European capital.

If you wish to learn more about the History of St. Petersburg and its monuments, just click on our previous articles: