The history of Russian folk music 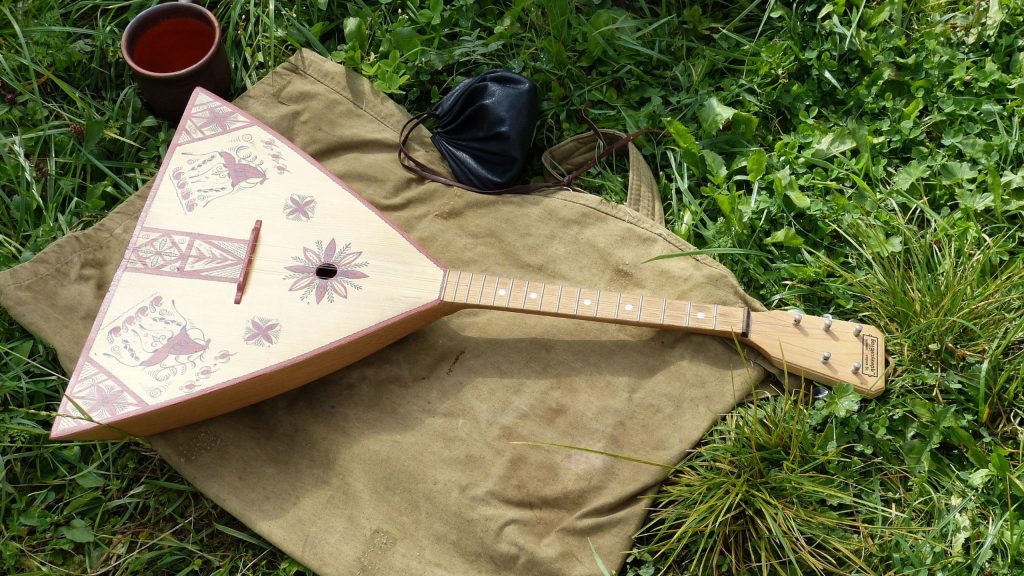 Most of us probably know about the time of prohibition in the United States. But did you know that in Russia there used to be a prohibition of playing instruments? Strangely enough, folk music is quite present in modern day Russia. They are everywhere, from the famous song “Kalinka” to the famous tune from the video game Tetris. I even have an old balalaika at home which my father passed on to me. Since I’ve carried on the family tradition to use it as a dust collector…. Yeah, unfortunately I haven’t had time to practice yet. Anyways, let’s find out how this genre has stood the test of time and take a look at the history of Russian folk music.

The origins of Russian folk music lie far back, when Slavic people first settled in what would later become Kievan Rus. This state was founded in the 9th century and included a variety of ethnic groups. Therefore there was no single style of folk music. Instead each ethnicity had their own style with their own characteristics. And somewhere in that musical mix was the ethnic Russian folk music which is what we are going to talk about. It began in a mostly vocal form, as instruments were not widespread among the general public. I already mentioned in the beginning that instruments in general had a pretty rough time in Russia. Their history is tightly connected with the so called “Skomorokhi”. This was the name for Slavic traveling musicians and actors. Their songs and shows included obscenity, which was much to the dislike of the Russian Orthodox church. In the 17th century the patriarch finally convinced the Tsar to ban their performances all together along with the instruments they used. However, the tradition of oral songs which were passed on among the general population was unaffected by this. It stayed the predominant form of folk music for the next centuries. In the late 1800s musician Vasily Andreyev popularised instrumental music again. He became famous for performing traditional Russian music and founding the Great Russian Orchestra. This lead to the rise of previously lesser known instruments, like for example the balalaika.

The Soviet revival of Folk music:

It is no secret that in many ways the Soviet Union saw itself as an anti-thesis to the “west”. So western music was surely more than unfitting for promoting the Soviet ideals. So they needed an alternative and in some sense also a contradiction towards the sound of the western world. And once again Russian folk music stepped into the spotlight. I mean would there have been any better music to underline the Soviet ideology than songs from proletarians of the past? Over time, but especially after the Second World War, it saw a massive increase in popularity. Now these old nationalistic songs were suddenly becoming famous among the broad masses and the stages were getting bigger and bigger. And the productions followed suit. Folk music no longer was only simple farmer’s songs. They were perfectly staged pop-tunes with modern instruments, sung by professionally educated singers in traditional costumes. And all with the support of the Soviet government.

Since its popularity during the Soviet time it’s no wonder that Russian folk music is still quite present today. But it is not only old songs that still enjoy popularity amongst the Russian people, like for example the folk-based song “Katyusha”. It is also present in modern popular music. Take the band “The Hatters” as an example. This Russian band combines rock with folk music. Or look at Russia’s entry for the 2012 Eurovision song contest. They literally sent a group of Babushkas to the competition. They were singing in their Uralic mother language to a folk inspired pop-beat. It was definitely one of the most memorable performances of the contest and even managed to make the second place. Russian folk music is very much alive today and continues to inspire.
I hope you enjoyed reading about the history of Russian folk music. If you want to find out about more recent Russian music I’d also recommend my blog post on some of my favourite Russian songs. Спасибо за чтение, thank you for reading.