A remedy against rainy days: a trip to VVTs 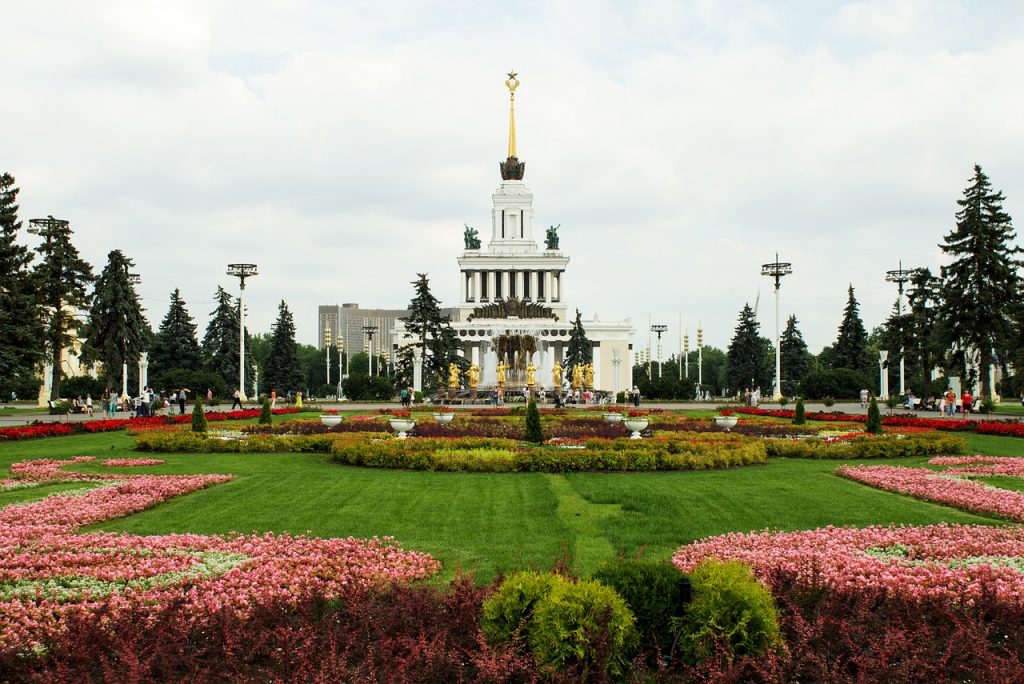 The run of terrible weather lately has got everyone in a very bad mood in Moscow. Especially during our Russian lessons here at L&D we couldn’t help but be irritated by the rain, since almost all of our plans and activities for the afternoon were cancelled. Fortunately, last week things went well in the end, since one of our teachers had a brilliant idea: what about visiting VVTs? Or, better, VDNHs? We were all like “Well, yes, why not? But….what is that?!”. Nobody among us had ever heard those names! So she explained to us what those acronyms stand for: the first one, which is the actual name, stands for “Vserossijskij Vystavochnyj tsentr” (Всероссийский Выставочный центр), that is to say “All Russian Exhibition Centre”, while the second one, the original Soviet-era name, stands for “Vystavka Dostizheniy Narodnogo Khozyaystva” (Выставка достижений народного хозяйства), which means “Exhibition of Achievements of National Economy”.

This place is a unique historical and architectural complex in the north of the capital, not too far away from the Museum of Cosmonautics, and it features more than 250 Soviet-era palaces and pavilions, arches and fountains and even Vostok rocket and a Soviet aircraft. Not so bad, right? But be careful not to get lost: the area of this complex is greater than that of the Principality of Monaco (235.5 ha vs 202)!!! Basically, it’s like a fantastic town inside Moscow, with its own avenues, squares and gardens, with kiosks and street markets. There is a little for everyone in there, folks!

Among all the exhibitions offered, we decided to stay indoors and visit the Russia is My History Museum, inside the pavilion n. 57, and that turned out to be a very great choice. Indeed, thanks to our ISIC cards we managed to gain a reduced entrance ticket for two multimedia exhibitions, one devoted to the Romanov dynasty, which charted Russian history during the 300 years of reign of the royal family, and the other one about the XX century Soviet history, that presented the participation of the Russian Empire in the First World War, the events of the Civil War, periods of collectivization and industrialization, as well as the victory and losses of the Russian people in the Second World War.

The most interesting thing about our visit, which lasted inadvertently long, was that the entire museum relies on modern technology to look at the past: if you want to check it out then take as much time as you need, since there are many interactive displays, holograms, video panels with 3D reconstructions and interesting short film stops. It has been a good opportunity for us to practice our Russian skills (let’s admit it, we had our teacher’s help), since English language isn’t integrated in the materials (yet). However, if you are not ready for that, don’t give up hope: they’ll provide you with an English audio guide for a small price. 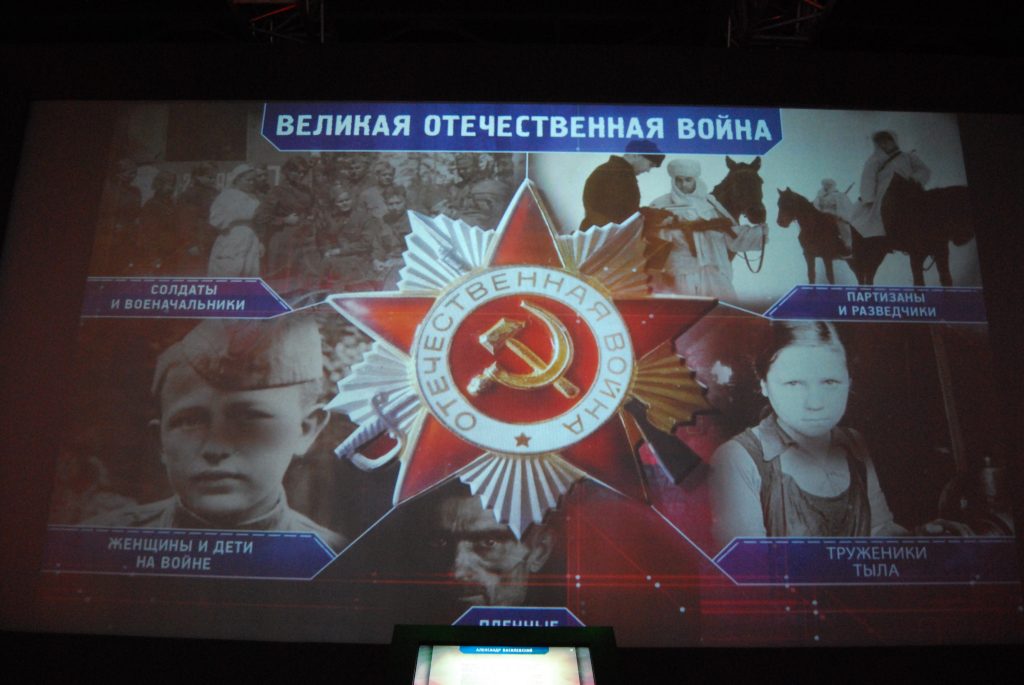 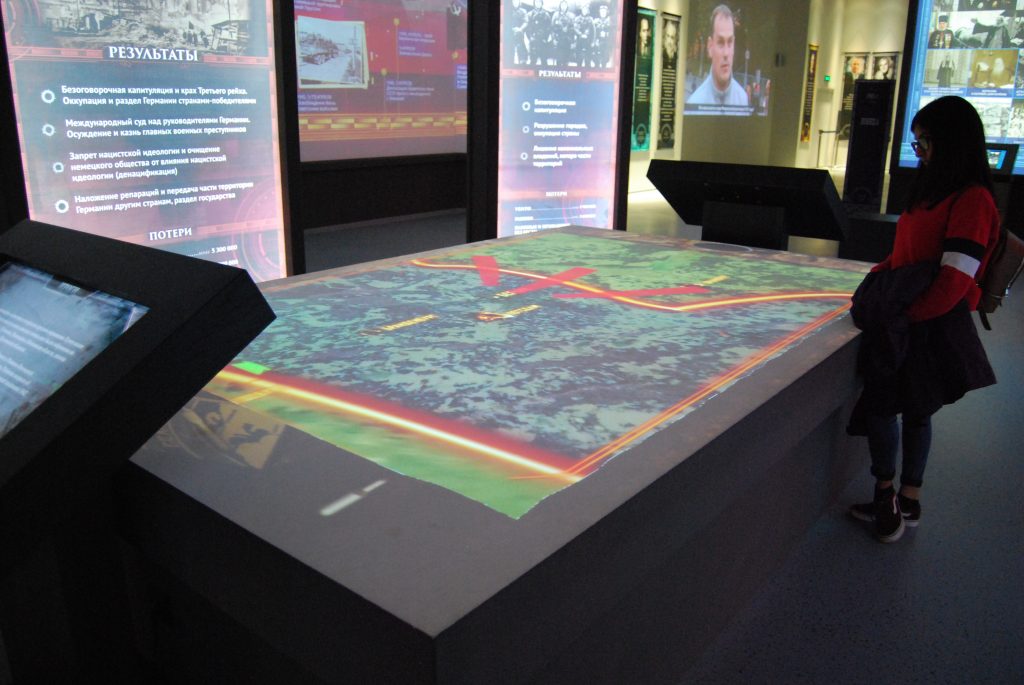 As soon as we went out of the museum, it had stopped raining and the sun was just coming out again, therefore we decided to have a walk and enjoy those incredible parks. So, just in conclusion, if this strange summer weather is driving you crazy, don’t give up and don’t wonder how long you can survive in the capital before you go bad! Just go visit Moscow: sometimes its best gems are hidden (and under cover). 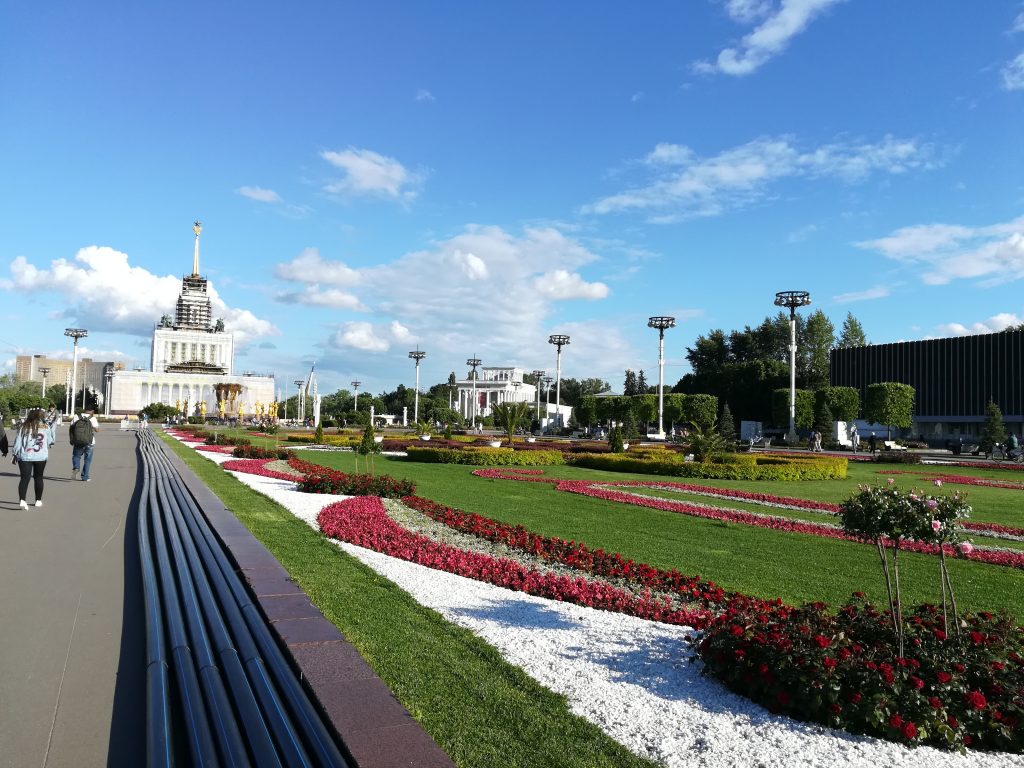 This blog was brought to you by Lucia, currently studying Russian at Liden & Denz.

Hi everybody! My name is Lucia, I'm 23 years old and I come from Italy. I'm currently both an intern and a Russian language student at Liden & Denz in Moscow. This is my first time in the country of Pushkin and matryoshka's dolls, follow me and let's discover together its marvellous capital!