With mayonnaise everything is better! 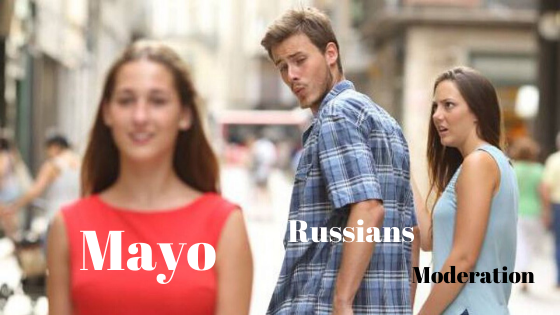 Life is better with Mayonnaise. At least that what Russians seem to think. Food is a great way into a culture and, by understanding the past and present of Russian cuisine, we might be able to get a grasp of this fascinating culture. Whenever I think of Russian food sour cream, condensed milk and dill come instantly to my mind. But, if there’s one ever-present ingredient in Russian food I would dare say it’s mayonnaise.

It’s very difficult to imagine Russian food without this condiment since many staple Russian everyday and holiday dishes contain it. It is necessary to cook the world-famous Olivier salad (оливье), the traditional Herring under a fur coat (селёдка под шубой) and it’s a must for a dish only related to France by its name: French-style meat (мясо по-французски). As you all know, Russia it’s a huge country. The biggest in the world, indeed. Due to the standardization of different aspects of life that took place during the soviet time (which included food production and recipes), all these mayo-friendly recipes can be found all Russian households and traditional canteens named “stolovaya” (столовая). I dare you to count how many dishes with mayo you can find in one of these canteens. Only with the amount of salad that contains this white sauce, I bet the number is already quite big. 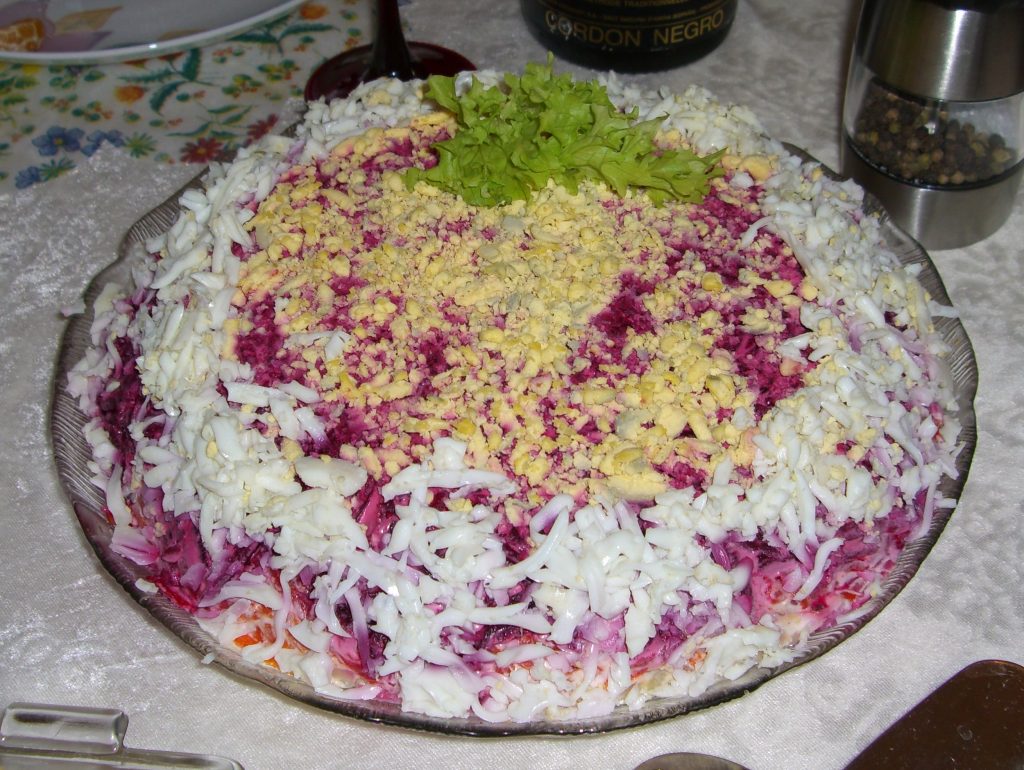 Herring under a fur coat with a lot of mayo

Furthermore, If you’ve ever been to any Russian supermarket you might have noticed the great variety of mayonnaise the offer. It was not only taken over the supermarket shelves, but mayo has also found its place on the Internet. The big number of jokes that can be found online about mayo proves as well that this white-ish egg and oil sauce is deeply rooted in the Russian soul and that Russians have a great sense of humour. Not surprisingly, the Russians are the biggest mayo consumers in the world! The average Russian consumes between 2.5-5 kilograms of mayonnaise per year. The amount varies depending on the source. 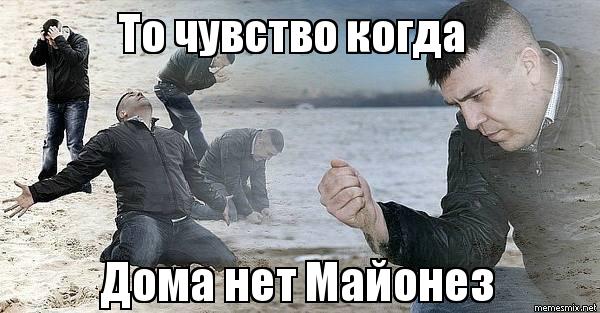 History of Russia and mayonnaise

Although the origins of the sauce are not completely clear, it is generally accepted that it’s creation is linked to France and that it took place in the 18th century. It was apparently introduced in Russia by the cook Lucien Olivier (the creator of the Olivier/Russian salad) in the 19th century. Although it gained popularity with the years, it was not until mayonnaise was produced in factories during soviet times that the condiment became ubiquitous in soviet and Russia cuisine. Its mass-production began in 1936 in Moscow and it is said that Stalin liked mayo so much that he rapidly expanded its production and distribution.

Mayo was also a really convenient product due to its long shelf life and its nutritional characteristics. Although nowadays it would not be generally regarded as a healthy component of a diet, It was very much appreciated during soviet times for making every meal more energetic, which was perfect for factory workers. It would also instantly turn any dish into something more palatable. Therefore, when creating a common cuisine the condiment was taken into account. The popular recipe book edited by the government “Книга о вкусной и здоровой пище” ( in English “Book of Tasty and Healthy Food”) and published in 1939 includes plenty recipes with large amounts of mayonnaise.

Energetic and convenient though mayo was, it was not always easy to find in times of scarcity. Having turned into a basic of festive dishes, some families had to look hard to get a bit of mayonnaise before a festivity like New Year’s eve where the wide variety of salads containing mayo are a must. In the following article, you can read on the hardships of finding mayonnaise and how people managed to always have the famous Olive salad on their festive table back then.

As mentioned before, nowadays supermarket shelves are well stock with many different types of mayonnaise and, although the 67% Provençal (Провансаль) is probably still the most common one, one can find many twists on the sauce that adapts it to the modern Russians’ taste. And, although it is not too difficult to prepare it at home, most Russians just prefer to grab their brand of choice from the shop.

Some surprising culinary uses of Mayo

As mentioned before, mayonnaise can be found in many traditional Russian dishes. That comes as no surprise, but the visitor might be shocked by some of the uses Russians make of this white condiment. It is not too strange to find people eating soup with a bit of mayo or spreading a bit of it on their slice of bread. Taste is something we acquire over the years and we are no one to judge, but I bet most Italians would be surprised to find out that mayonnaise is sometimes used on the Russian version pizza following the principle “ everything tastes better with mayonnaise”.

When I asked some of my Russian friends where they would never ever find mayo some of them rapidly responded that on desserts. Quite quickly another friend added that, although they might not cover cakes with a think layer of mayonnaise there are certainly some cookie and cake recipes that include mayonnaise among their ingredients. In the end, mayo is mainly made of fat and eggs… and aren’t those typical ingredients in baked goods? It makes perfect sense. The only area of the gastronomy seems to be mayo-free is drinks, but you never know. Maybe one day we will find kompot with a bit of mayonnaise on top.

When thinking of mayonnaise we automatically think of food. Although being a condiment can certainly be regarded as its main function, its use is not limited to cooking. Our appearance might also be benefited from it.

Russian women are well known all over the world for their beauty and I might have discovered one of their secrets: mayo! Thanks to this rich product (quite often combined with honey or lemon) you can make your hair look shinier and your skin smoother. If the cold is damaging your skin or hair you can buy some mayonnaise and prepare some home-made masks. You can find some recipes here and here. I don’t know how widespread the use of mayo in beauty recipes is in the country, but I do have some Russian friends who use it.

No matter whether you want to make your food tastier or if you want to improve your appearance,  it seems that it’s always a great idea to have mayo in your fridge.

всем привет! I’m Miriam from Spain and I’m currently an intern at Liden&Denz in St. Petersburg.