Russia through the Eyes of its Artists 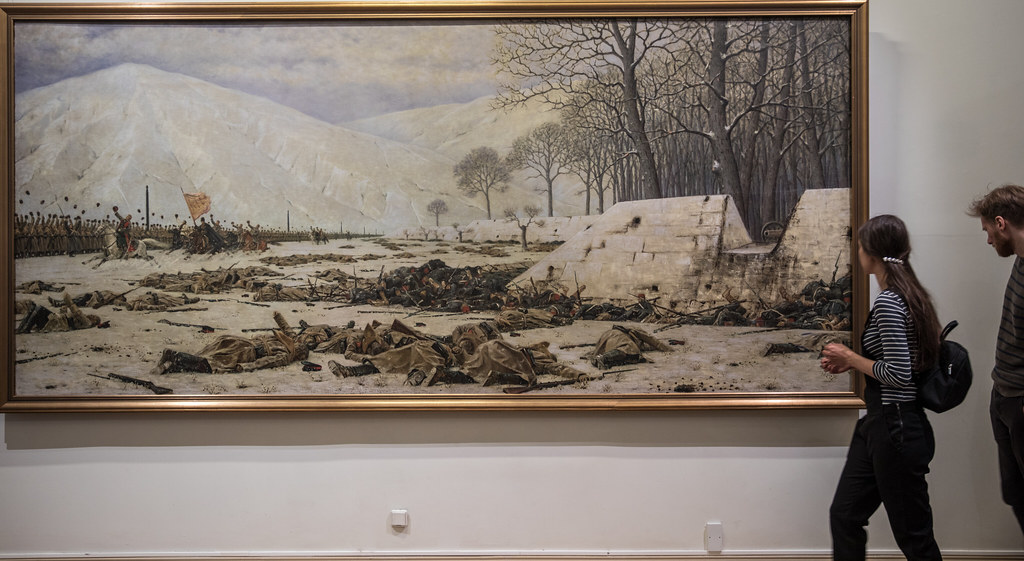 Land of great contrasts, Russia stands before the eyes of us foreigners as an obscure, elusive land. Few among those who were not born there – and perhaps not even those who are, – can say to have fully understood it. Proof of this is also its extremely heterogeneous cultural heritage, which through its literature, cinema and music, introduces us to the many facets of this mysterious country.

Following the adventures of the young Raskolnikov, the anti-hero par excellence, Dostoyevski offers its public a wonderfully written insight on some of the fundamental pillars of the Russian soul, namely the attachment to honour, truth and, at the same time, profit. Reduced to a condition of extreme poverty and irritability, our protagonist spends his days wandering around a gloomy St. Petersburg, questioning himself about the meaning of the human condition alongside its mission. “Am I capable of that? Is that serious? It is not serious at all. It’s simply a fantasy to amuse myself; a plaything! Yes, maybe it is a plaything.”

According to the young man, through the murder of the moneylender Alyona Ivanovna, his own degradation, as well as that of the entire nation, will be lifted. In the character’s eyes, the woman becomes the symbol of an oppressive society causing direct damage not only towards him but also towards the whole of Russia, hence the benefit of her “elimination”. Such an act cannot, however, be performed by anyone else than a man who, according to him, having reached full consciousness of his role, will be able to bear the burden of the “necessary” crime.

An extremely psychological portrait of human soul and its torments, through which Dostoyevski explores the various facets of the human ego, while, at the same time, presenting its limits.

“There are few places where there are so many gloomy, strong and queer influences on the soul of man.” Raskolnikov in his eternal wandering becomes a symbol of a new youth, divided, nihilistic. A wandering new generation of solitary souls, who fit well into the rainy streets of melancholy St. Petersburg.

In between gloom and glory – Dmitri Shostakovich’s Symphony N. 12 in D minor “Dawn of Humanity”

A musical commemoration of the Russian Revolution, “Dawn of Humanity” is but a part of the whole triumphantly called “the Year 1917” symphony. A piece that the famous composer, following his adhesion, considered by some to be of dubious vocation, to the communist party had written in honour of the anniversary of Lenin’s birth.

Besides its triumphant character, whose in its last part is precisely intended to depict the advent of Lenin as a Soviet guide and therefore a new beginning, a darker and more melancholy motif can be found in the composer’s work. The composition shall thus not be interpreted as a mere ode to the revolution, but, simultaneously, also as a memorial of all the victims who fell fighting for their own country. Through melancholic yet grandiose motifs, the author takes us through his own interpretation of the Revolution. “Dawn of humanity” reveals how deeply attached Russia is to its citizens alongside its thorny history. A country that, despite the alleged glory achieved, still weeps all those who have fallen fighting for its future.

Danelija’s “Walking the streets of Moscow” aka “Я шагаю по Москве” is a charming lyrical comedy that proves how everyday life can turn, in its simplicity, into an adventure.

Covering the course of a single day, the film describes the adventures of young Volodya, an aspiring Siberian writer, who has just arrived in Moscow in search of fortune. On his way to the city centre, the protagonist meets Kolya, another young man returning back home after a long night shift. The two soon become friends, at least so it seems, spending the day sharing adventures, all while always walking through the streets of a, at times rainy, at times sunny, Moscow.

Playful and gentle, dreamy and humorous, Danelija’s masterpiece stands as a symbol of an eternal omnipresent youth strolling through the streets of Moscow. At the film very core Russian youth and their comic adventures. So simple it can remind us of nothing but life, for aren’t falling in love and feeling good its most simple examples? Rich of surprises Volodya and Kolya story shows us how in Moscow, as well as in Russia, anything can happen.

– Young man, why are you shouting?