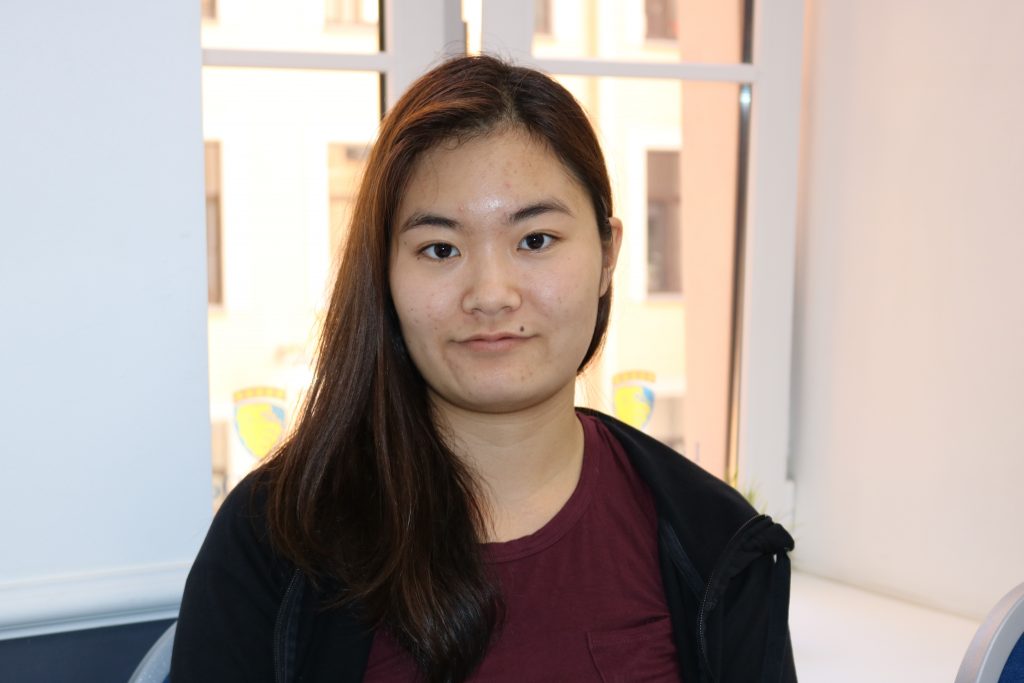 Greetings everyone from Liden and Denz, St Petersburg! My name is Rina, I am a university student from Canada, studying Forensic Science.

So why Russian, you might ask. Seems kind of random doesn’t it? The best way I could describe it is that I’ve always been curious about learning the Russian language. Every time I’d see the Cyrillic script, it would beg the question – what does that say, what could it mean? Though it was only recently that I went and found out. And thus began my endeavour to learn Russian.

I’ve been in this country a little more than 24 hours and have already had an opportunity to speak outside an academic setting. I got lost on my first day of class/work (despite living ten minutes away). I didn’t realise the entrance was inside a courtyard and spent two hours wandering up and down the street, asking directions in Russian. The exchanges were surprisingly comprehensible and I was reminded of a phrase была не была or ‘Whatever happens, happens’.

So I look forward to seeing what happens these next eight weeks.