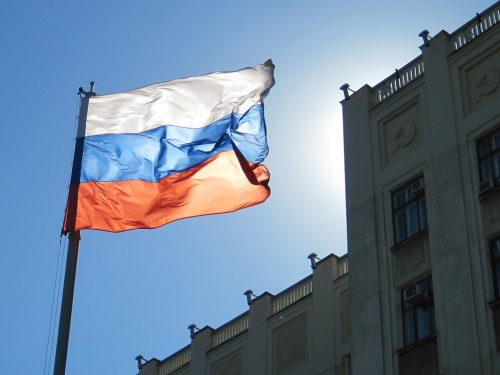 If you listen to the Red Army Choir’s performance of the State Anthem of the Russian Federation (Государственный гимн Российской Федерации) on YouTube and scroll down to the comments, you’ll find it has tonnes of foreign admirers, some of whom testify that this powerful composition is able to rouse emotion even in people who have no personal connection to Russia. The Russian national anthem is known and admired all over the world, but here are five facts which you may well not know about it…

1. In its time, Russia has had a total of seven different national anthems!

Yes, seven! The first officially declared national anthem was introduced in 1816 by Tsar Alexander I, entitled ‘The Prayer of the Russians’ (Молитва русских). In 1833, it was replaced by ‘God Save the Tsar!’ (Боже, царя храни!), which was replaced in turn by the ‘Worker’s Marseillaise’ (Рабочая марсельеза) in March 1917. This too was scrapped months later, when the anthem of international revolutionary socialism, ‘The Internationale’, was adopted by the new Bolshevik government. In 1944, yet another anthem was brought in, the ‘State Anthem of the Soviet Union’, which lasted until the collapse of the Soviet Union in 1991. It was then replaced by ‘The Patriotic Song’ (Патриотическая песня), composed by the 19th century composer Mikhail Glinka; however, soon after becoming president in 2000, Vladimir Putin again changed the national anthem to the State Anthem of the Soviet Union, with new lyrics.

2. Some of the national anthems were partly stolen from abroad

The lyrics to ‘The Prayer of the Russians’ were written by Vasilii Zhukovskii, but set to the tune of the British national anthem, ‘God Save the King’. The national anthem of 1917, the ‘Worker’s Marseillaise’ was of French origin; however, it was modified by Pyotr Lavrov, who made it sound more Russian by changing the meter and the harmonies.

3. During two separate periods, the national anthem had no words!

The Soviet government began to denounce Stalin after his death in 1953 and lower the public’s regard for him, meaning that they had to altogether remove the lyrics of the State Anthem, which praised him. They didn’t actually ever replace the old lyrics, so between 1955 and 1977 the State Anthem had no words! This was also true for ‘The Patriotic Song’, a piano composition which didn’t have any words in the first place.

4. Russian people had the opportunity to suggest their own lyrics for the national anthem

In 1943, Stalin began looking for a new national anthem, and held a contest in which over 200 composers put forward their own compositions to replace ‘The Internationale’. Famous Soviet composers Dmitrii Shostakovich and Aram Khachaturian worked on a joint composition and entered the contest with, but were rejected. In the 1990s, after president Boris Yeltsin changed the national anthem to ‘The Patriotic Song’, there was a competition which any ordinary Russian could enter and suggest lyrics to put to the music. However, Yeltsin did not actually select any one of the entries!

5. There are special rules about how the Russian national anthem must be sung

The law stipulates that the State Anthem of the Russian Federation must be performed only with the original music and the original lyrics. When the anthem is played in an official context, men must remove any headwear and everybody has to stand up, facing towards the Russian flag if one is present.

This article was brought to you by Olivia, currently studying Russian at Liden & Denz Moscow