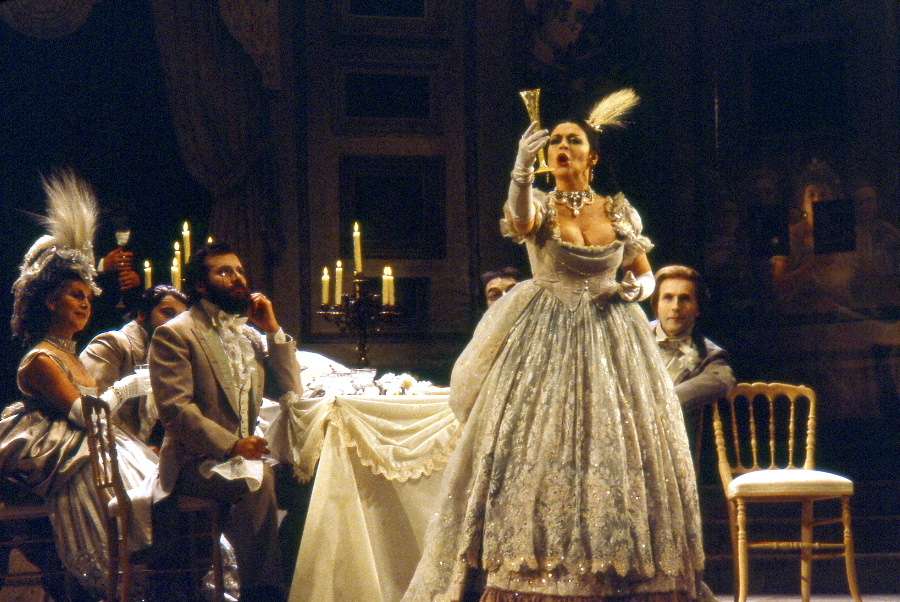 Let’s talk about one of the most famous attractions in Moscow: Bolshoi Teatr (Большой театр). Everyone who visits Moscow should go, at least one time, to listen to an opera (or to see a ballet) played in this theater. Here are displayed the most famous works, played by great opera singers.
On the next friday (May 6), on the historical stage at 19.00 will take place the first performance of the italian opera “La Traviata”. Unfortunately, but obviously, the tickets are already sold out, since some weeks. Anyway, I want to tell you about this great masterpiece.
“La Traviata” is an opera in three acts written by the italian compositor Giuseppe Verdi, set to a libretto by Francesco Maria Piave. It is based on the novel La dame aux Camellias by Alexandre Dumas. It was played for the first time in 1853 in Venice.
For the first time ever the composer based the opera on a modern, popular book and not a myth. It was a real revolution, a real shock to the public! This work tells about real life and real people, living in the present. It is the history of two lovers, belonging to different social strata: Violetta and Alfredo. She is the most popular high-class courtesan, while he is a young provincial man. They fell in love but Alfredo’s father didn’t accept this relationship and forced Violetta to leave his son. The young man didn’t know anything about his father act and got very angry at her. Only after some months, Alfredo goes to visit Violetta because she is really ill and is approaching to death. Now Alfredo knows everything about his father request and asks for Violetta’s forgiveness. The two lovers swear to live together but unfortunately Violetta’s time is over and she breathes her last breath in Alfredo’s arms.
As you can see, this is not a happy ending story but for this reason it is even more passional and overwhelming.
I’m sure that attending to such a great show is a really great experience and the people who succeeded in buying the tickets on time are really really lucky. I hope to be one of them in future!

Here you can find the play of “La Traviata” at Bolshoi Teatr in 2013. Hope you’ll enjoy it!