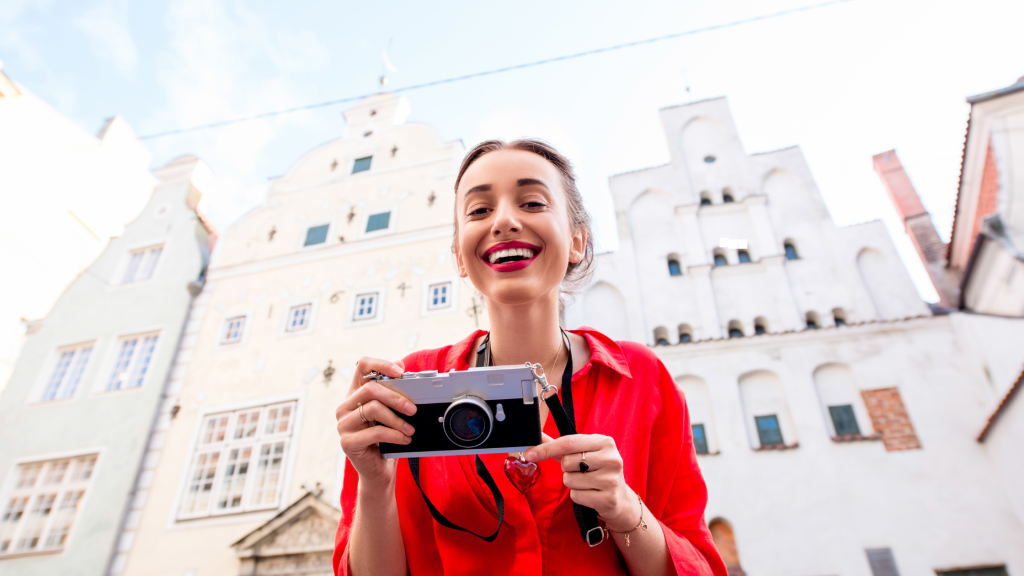 We have expanded our Riga operations with a brand new and fully-owned centre in an exciting neighborhood in downtown Riga. Why Russian courses in Riga is the best place in the EU to improve your language skills?

According to figures from the official statistics portal of Latvia, native Russian speakers accounted for 53,5% of the population living in Riga, the largest city in the Baltic Republics (figures for 2017). This percentage is even higher if you focus on the language mainly used in everyday life (56.1% of Russian speakers in Riga).

The Latvian Investment and Development Agency LIAA states in their startup guide, that “87% of Latvians under the age of 35 speak Russian, and 61% of people of the same age range speak English”.

These figures make Riga the only EU capital with a majority of Russian speakers.

It is important to note that native Russian speakers are not merely a result of the long Soviet occupation. Census data from the pre-Soviet period show percentages of ethnic Russians living in Riga between 25% (for 1867) and 19% (for 1913). The largest ethnic group living in Riga in 1867 were Germans (43%). At that time, Riga was the capital of the Governorate of Livonia, part of the Russian Empire.

Legal status of Russian in Latvia

Today, Latvian is the only official language of Latvia. Ethnic minorities are allowed to send their children to schools where teaching is not in Latvian, but higher education (with some exceptions) is only available in Latvian. Teaching Russian to adults in the private sector is not regulated, opening non-public providers with a clear opportunity, as long as external quality assurance benchmarks are met (which is the case with Liden & Denz through Eaquals and Ialc).

Most of the people in Riga are bilingual and switch from Latvian to Russian and back to Latvian with ease. Menus in restaurants are trilingual (Latvian, Russian and English) and if you order your cappuccino in Russian, this will come across as something completely normal. Latvian native speakers will reply to you in Russian if they know Russian. There are predominantly Russian- speaking residential areas in Riga which provide the perfect setting for language immersion.

All material from tourist information is available in Russian, there is a Russian theatre financed by the Latvian Ministry of Culture, and several local Russian newspapers and radio stations. The movies are often shown dubbed into Russian with Latvian and/or English subtitles. Bookstores like Novaya Riga have selections of Russian editions and libraries stock Russian books as well.

It is too early to say how the influx of (Russian speaking) Ukrainian refugees and relocated Russian expats will change the demographics in Riga but it is highly unlikely that as a result of these recent developments the percentage of Russian speakers will decline in the foreseeable future. 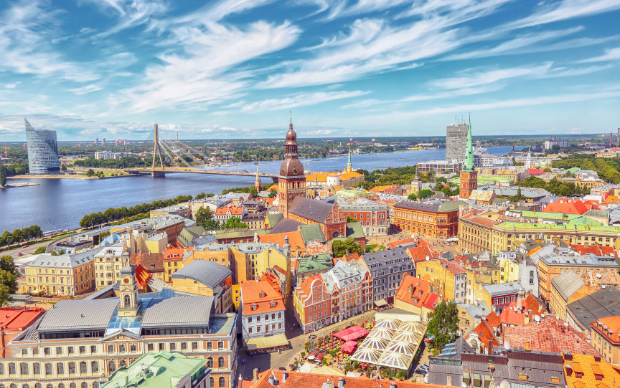 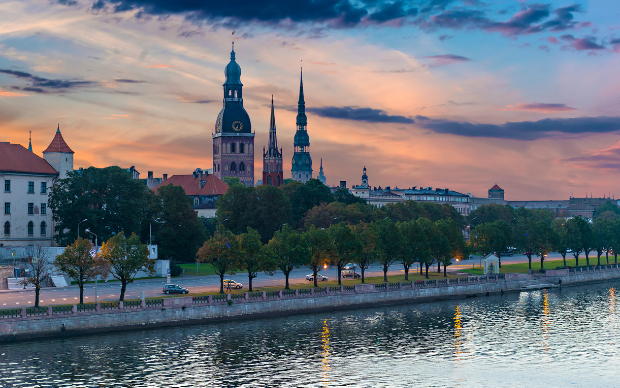 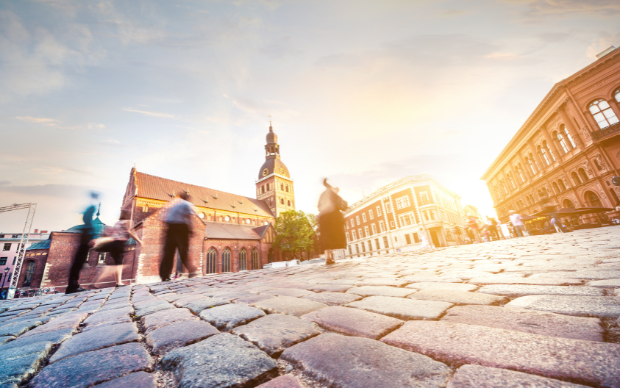 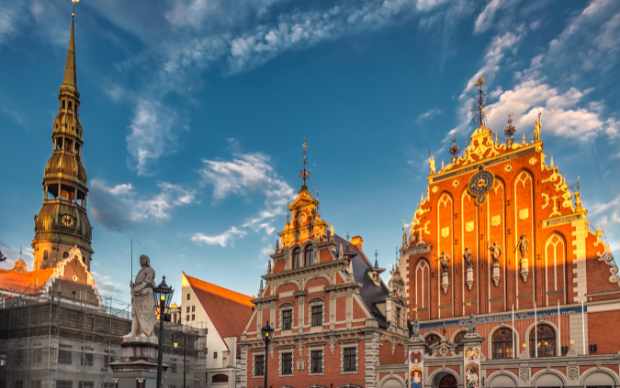 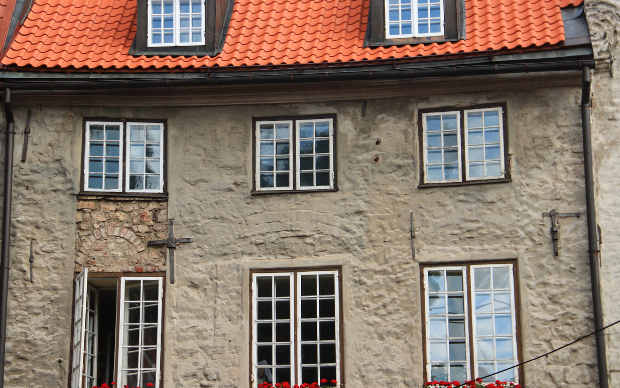 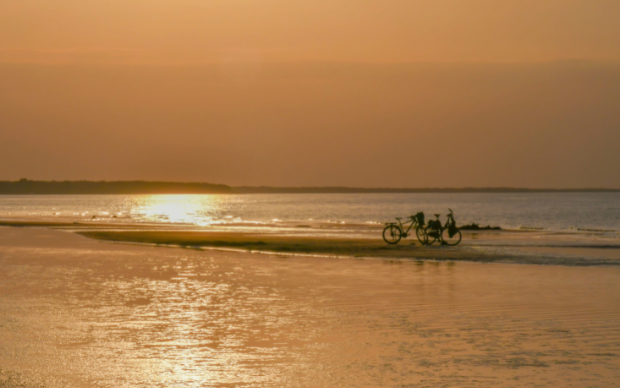 Right now, Russian exiled media outlets, IT companies, and other businesses relocating to Riga push the demand for Russian language knowledge up. Russian is often on the list of requirements for jobs in different fields. Being bilingual or even trilingual seems to be an important asset in the local labour market.

The different ethnic groups in Riga live peacefully with each other with no violent incidents reported even in times of high political and geopolitical tensions. However, recent polls show that ethnic Russians are divided over the conflict in Ukraine.

Riga seems to become the destination of choice for Russian media outlets recently forced into exile (Meduza, Novaya Gazeta, TV Dozhd, Deutsche Welle Russia) with more arrivals to expect. Famous Russian artists have found a new home in Riga. Entire festivals have relocated, among them the ArtDocFest, founded by acclaimed documentary film director Vitaly Mansky, who moved from Moscow to Riga already in 2014.

Riga as a destination to improve your Russian skills

Riga’s historic city centre is recognised by Unesco as a World Heritage Site and features some of the most beautiful Art Nouveau architecture in Europe. The old town Vecriga, the medieval heart of the city, is home to the famous Blackheads’ House in the town hall square. Just outside the city is Jurmala, a wonderful seaside resort with wide beaches and beautiful parklands – a great place to unwind from the busy city centre. 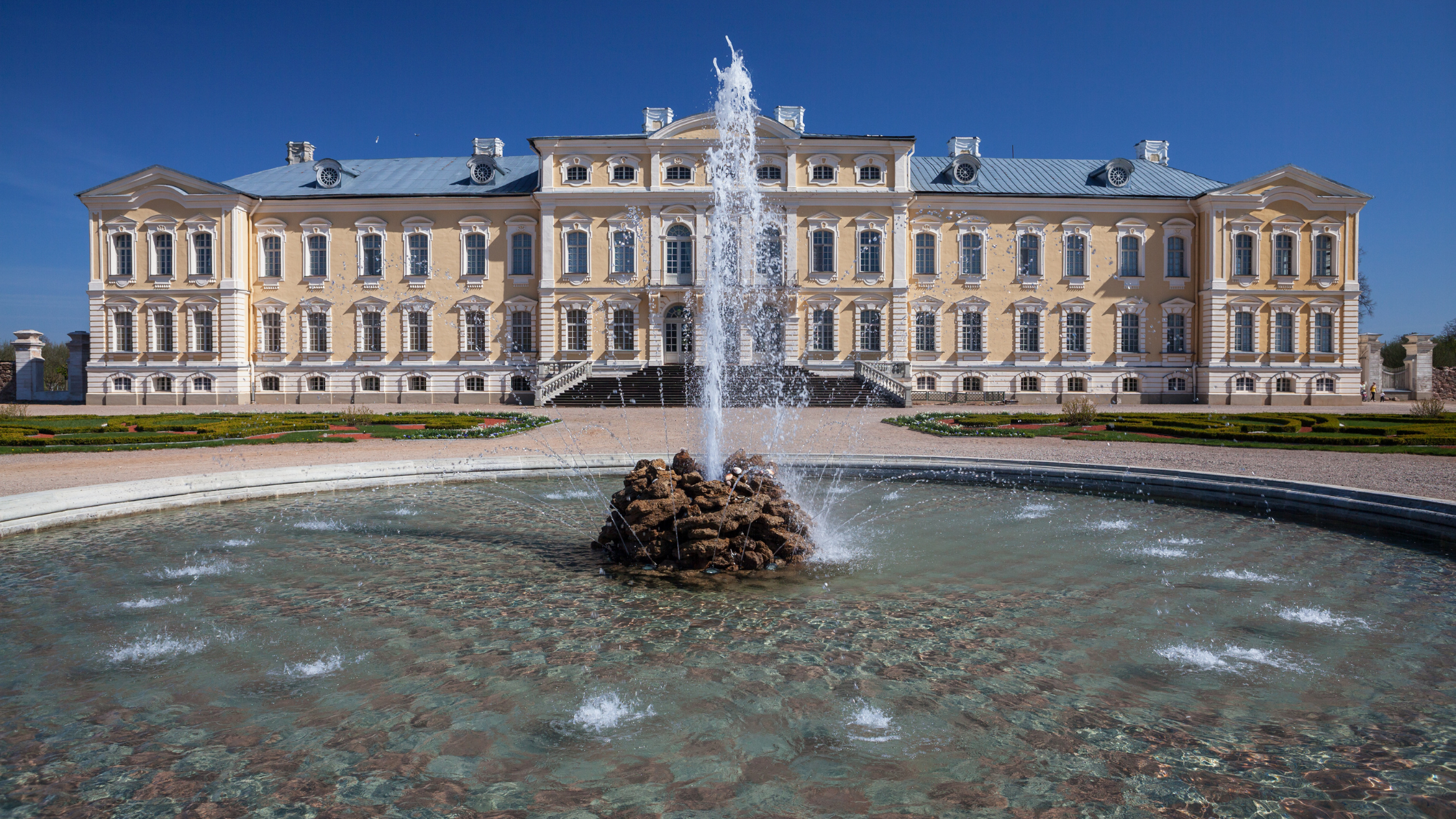 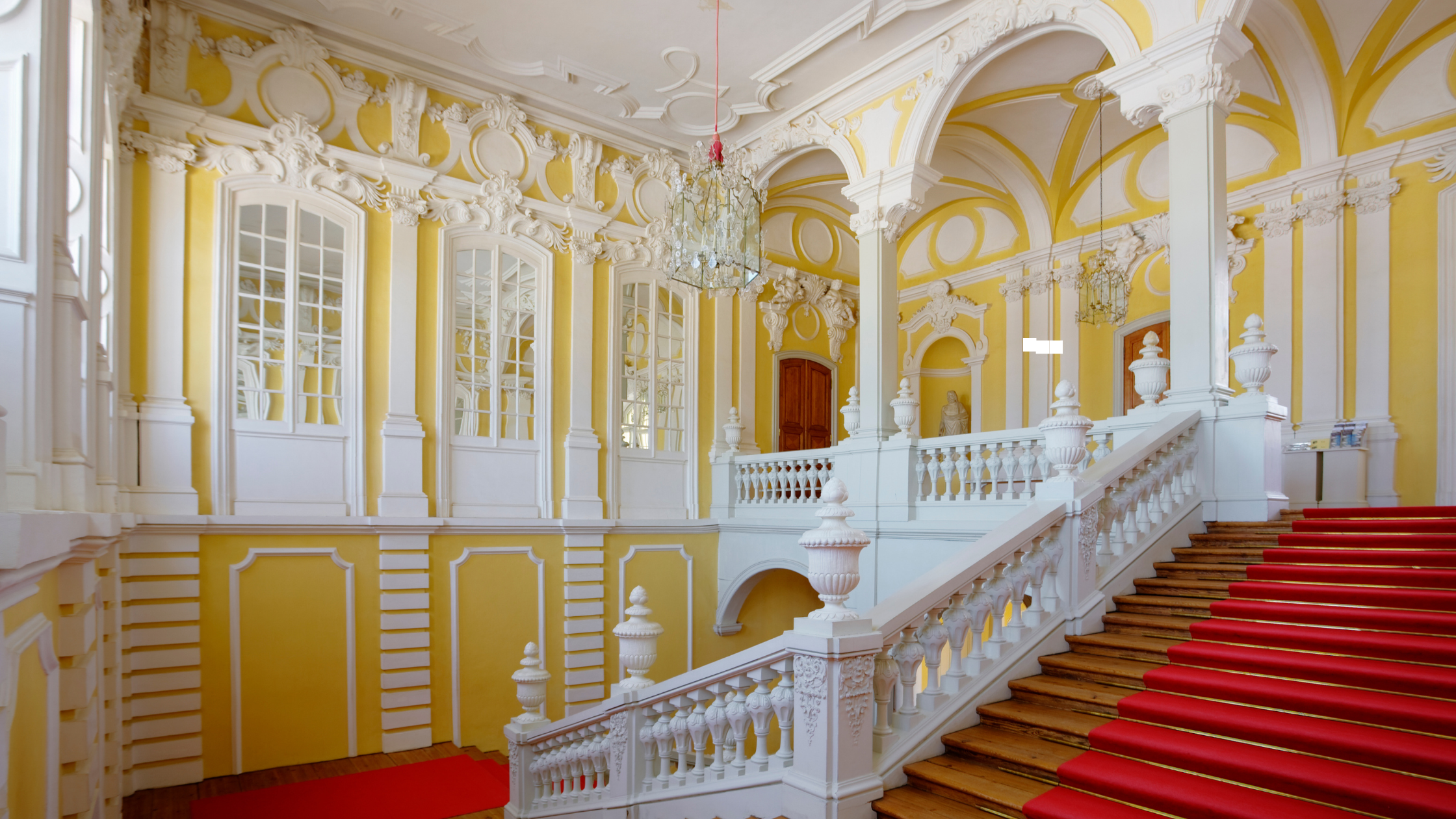 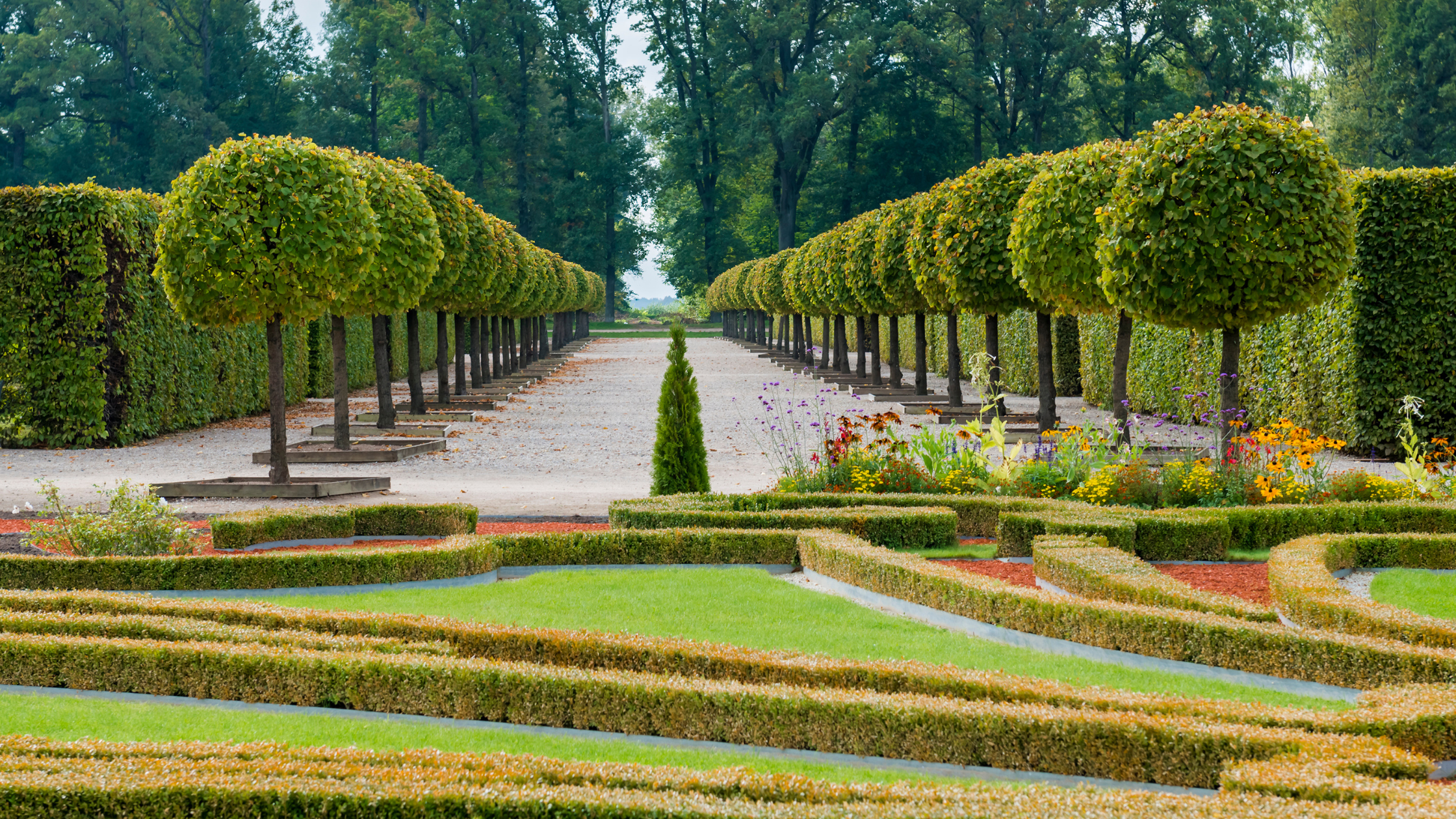 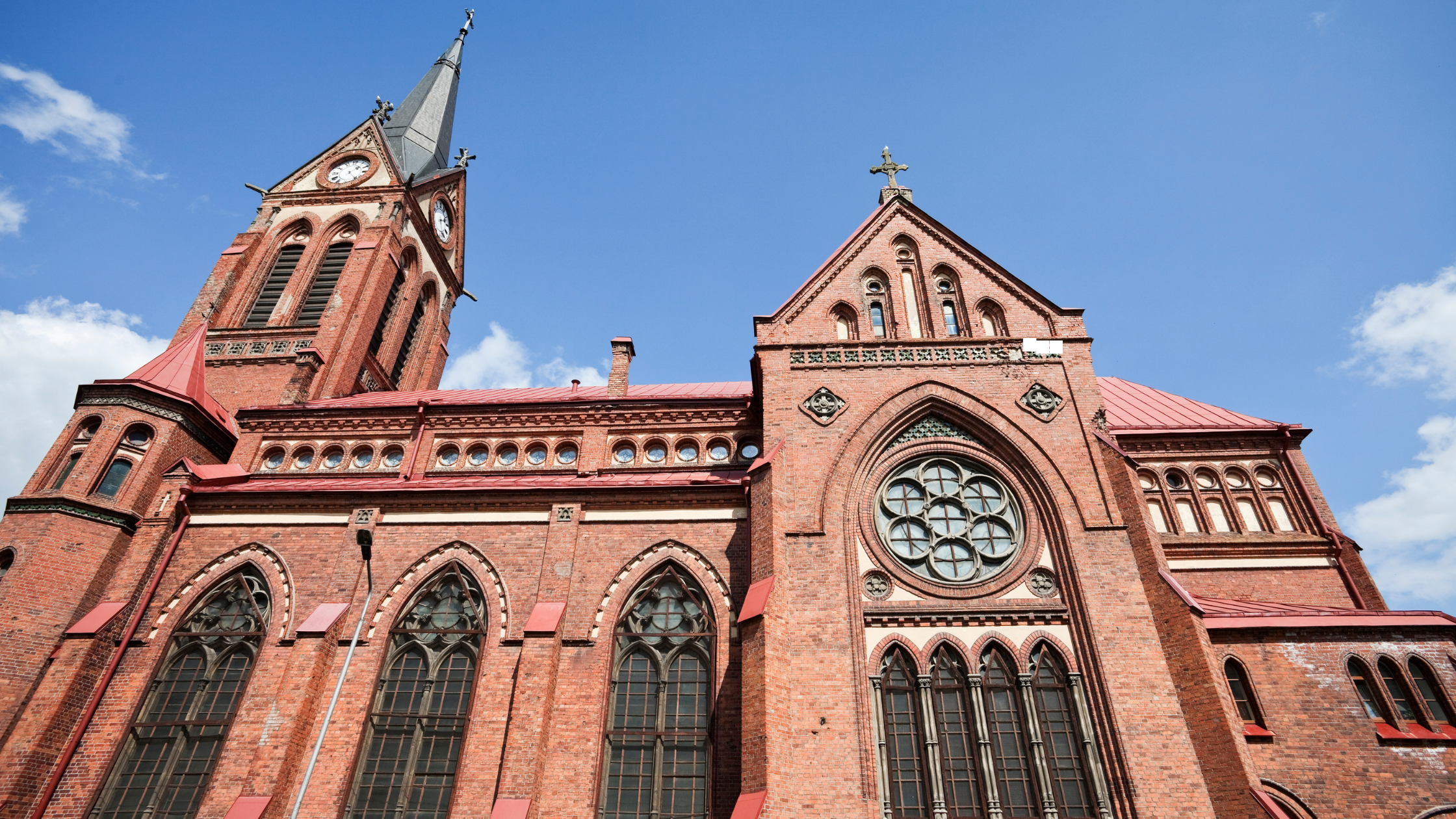 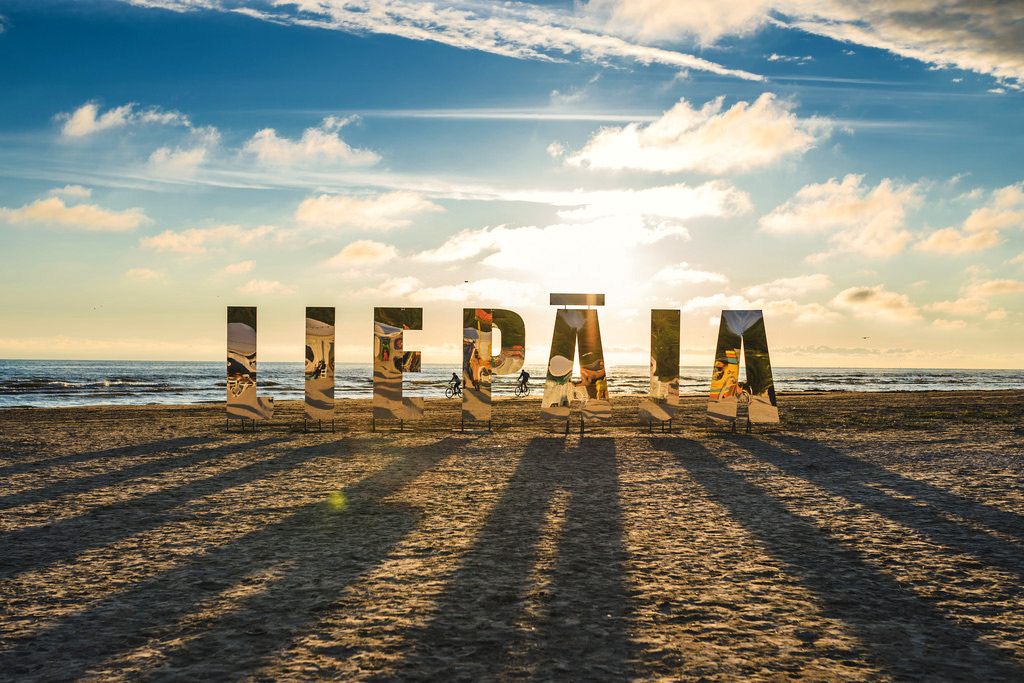 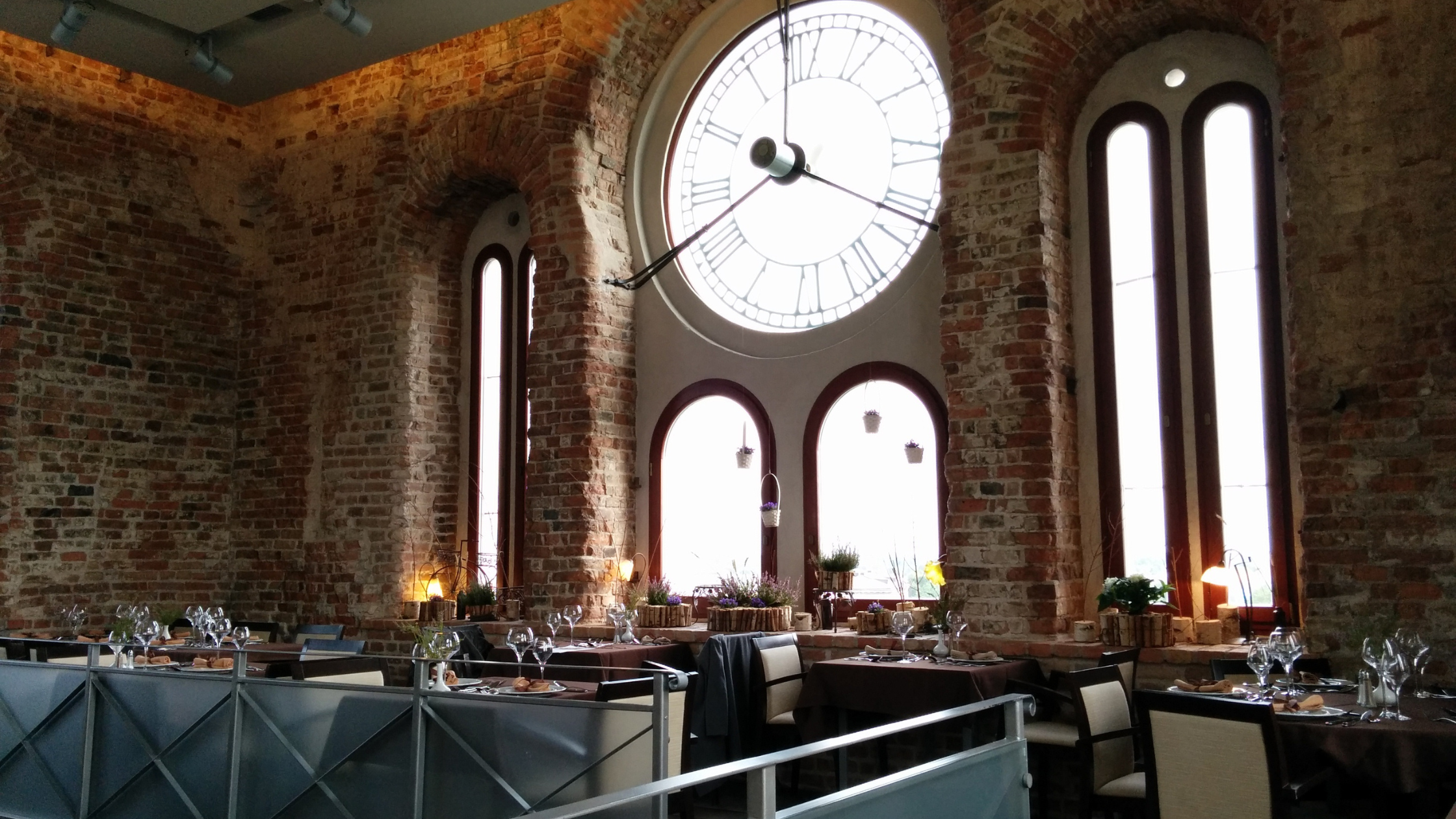 It is our aim to introduce international students coming to Riga to its rich and multiethnic culture and history. Naturally, we focus on topics related to everything Russian and Soviet. Cultural activities will include the works of Mikhail Eisenstein (Art Nouveau architect and father of the Soviet film-maker Sergei Eisenstein), excursions to the baroque palaces Rundale and Jelgava, both designed by Tsar Elizabeth’s favourite architect Bartolomeo Rastrelli, but also visits to the Museum of the Occupation of Latvia, the former KGB Building, the Riga Ghetto and Latvian Holocaust Museum. We further will take students to the area adjacent to the old town called Maskavas Forštate, where Orthodox Old Believers found refuge in the 17th century and where the Riga ghetto was located during WWII. 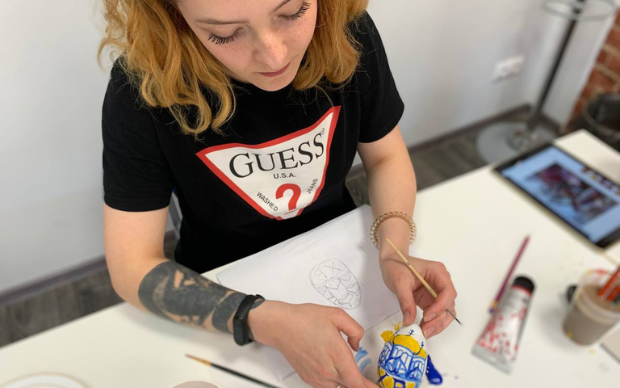 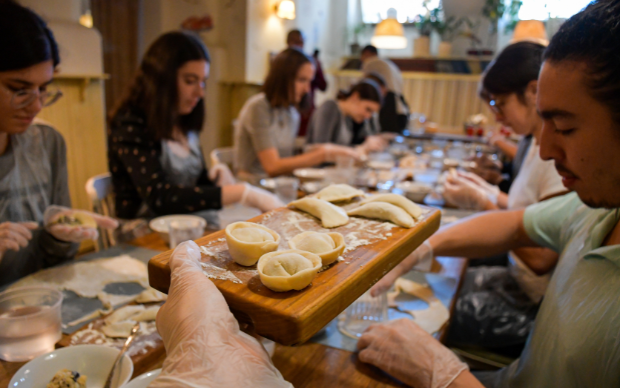 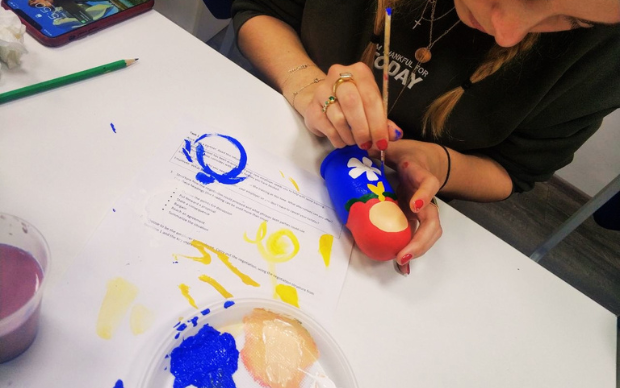 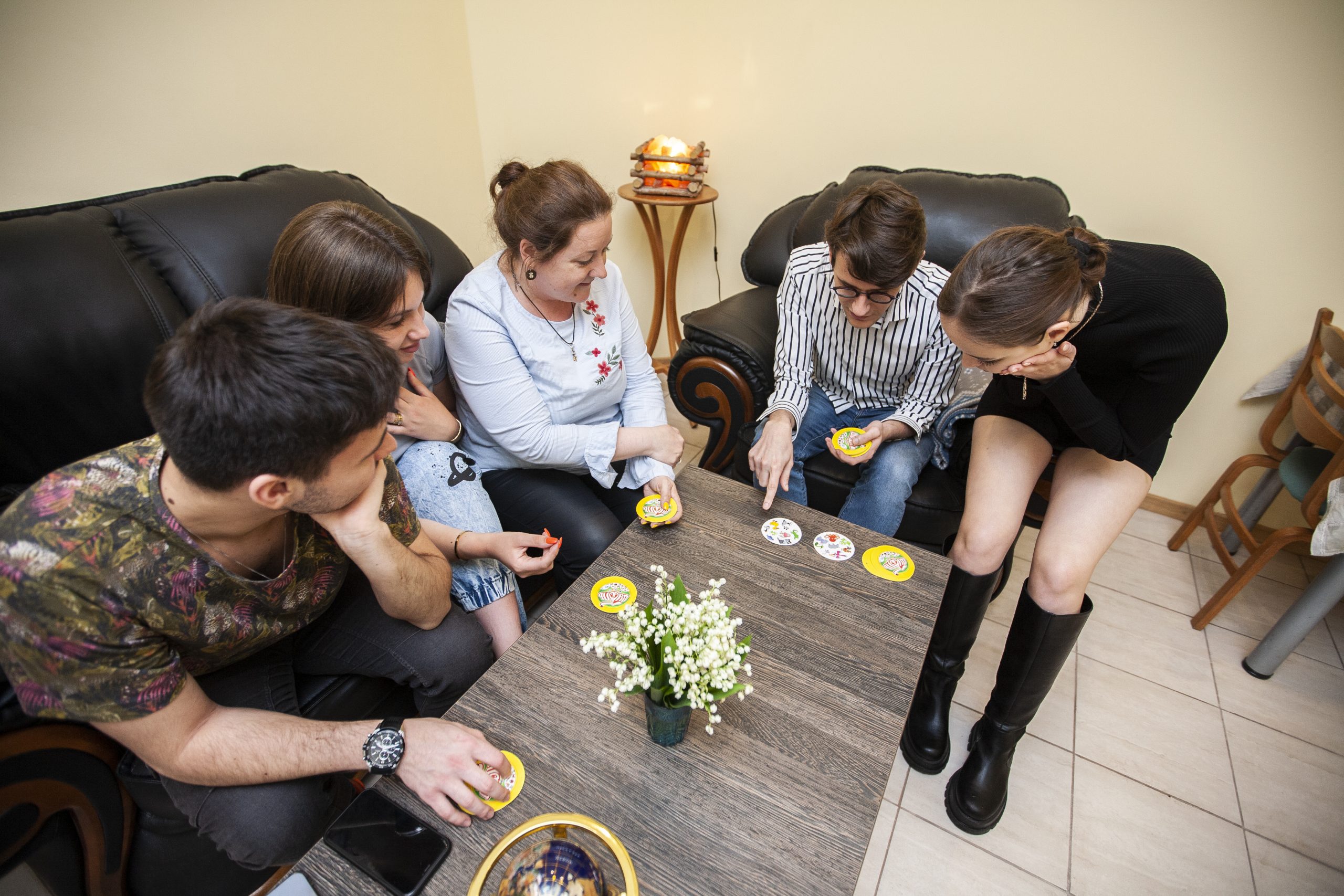 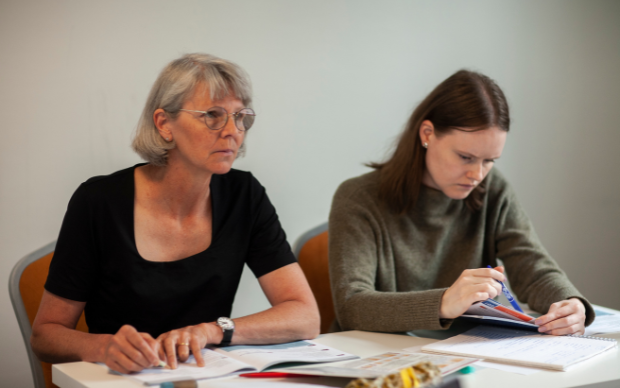 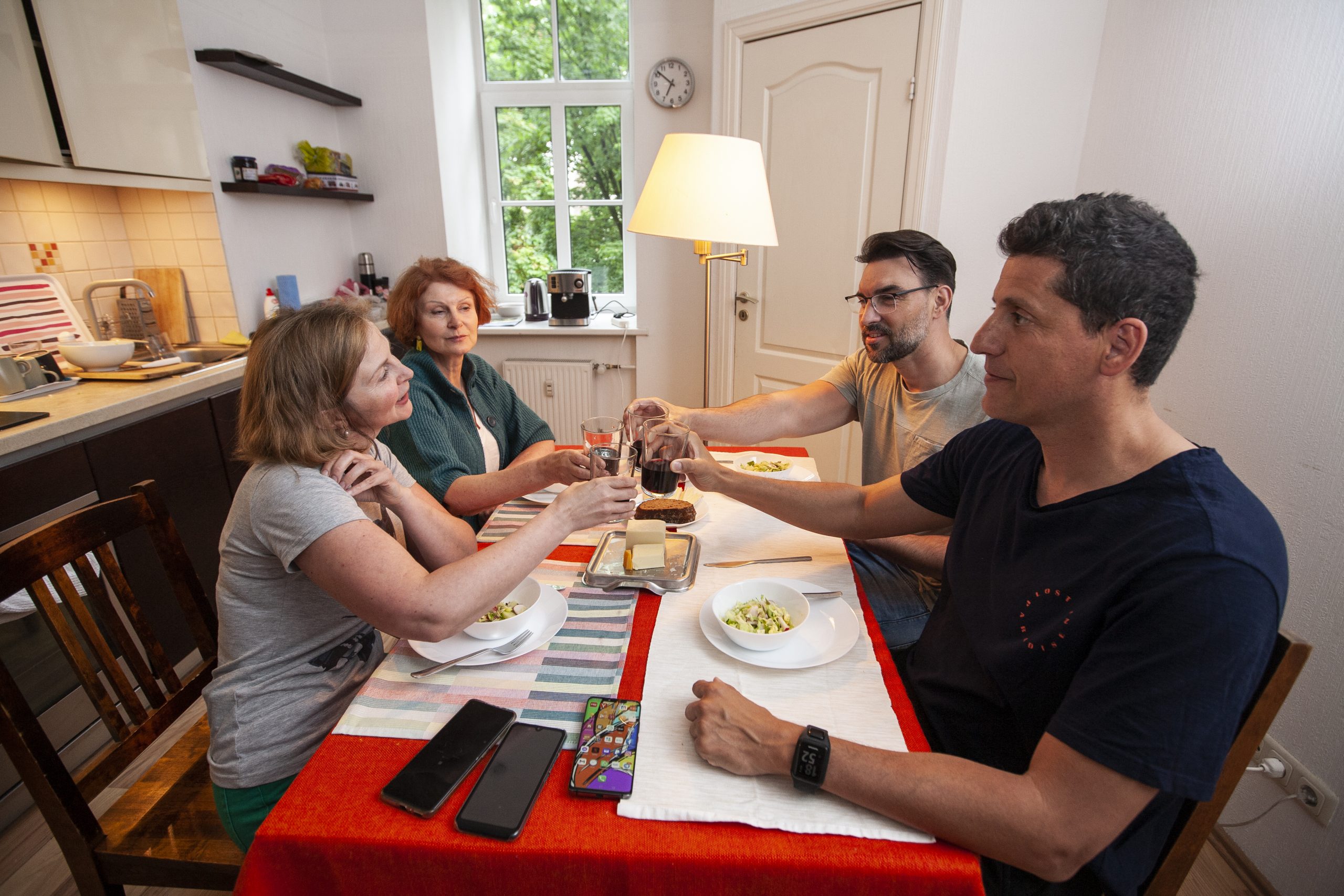 Dinner with a Host Family

In Riga we offer not only Russian courses but Russian cuisine cooking classes (borsch, pelmeni) and other activities such as matryoshka decoration and lectures/masterclasses on Russian cursive handwriting.

Modern Latvia is an outward-looking country with friendly and social locals. The capital Riga is a very attractive destination close to the sandy beaches of Jurmala with plenty of things to do and to see. Latvia is a member state of the EU and Nato. It forms part of Schengen and the Eurozone.

The Baltic country recovers from a series of Covid-related lockdowns which affected also the inbound tourism sector. The Latvian authorities are putting great efforts into attracting international visitors after two difficult years.