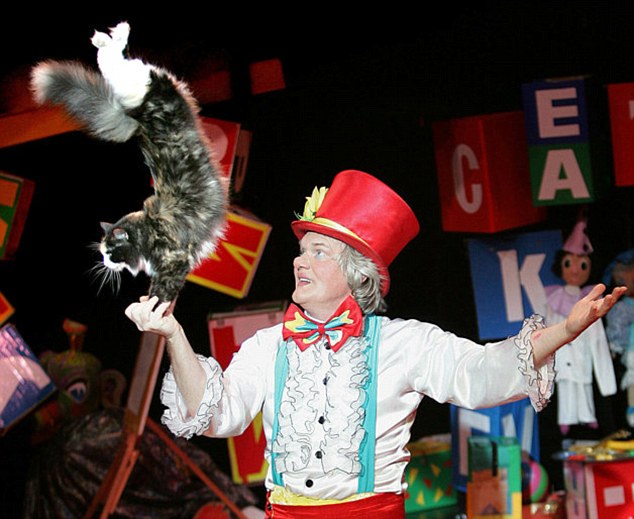 You love cats, and you love theatre, but did you ever think you could combine the two for an awesome night out?

Thanks to the Moscow Cats Theatre, this dream is a reality!

120 cats perform, walking tightropes and performing stunts, to the delight of children and adults alike!

The theatre was founded by Yuri Kuklachev in 1990 and has recently been renovated to make it better than ever!

Kuklachev’s son, Dmitri, said, “The animals feel good and each of them has found its place. That’s great because it shows that the atmosphere here is favourable for them. Soon we’ll have a whole cats world here!”

Moscow Cats Theatre is the only cat theatre in the world, and although it is based in Moscow, the cats travel the world to perform, proving wildly successful in the USA, Finland, China and Japan.

The Theatre has been awarded many international awards, including “the Most Original Theatre in the World”.

If you’re in Moscow and adore cats, make sure you go and see one of their performances. You can get tickets online through kassir.ru.

If you’re in St Petersburg, you can get your feline fix by visiting Cat Republic, a branch of the Petersburg Cat Museum, where you can have a cup of tea while relaxing with one of the many lovely cats that live there! Cat Republic can be found on Yakubovicha Ultisa.