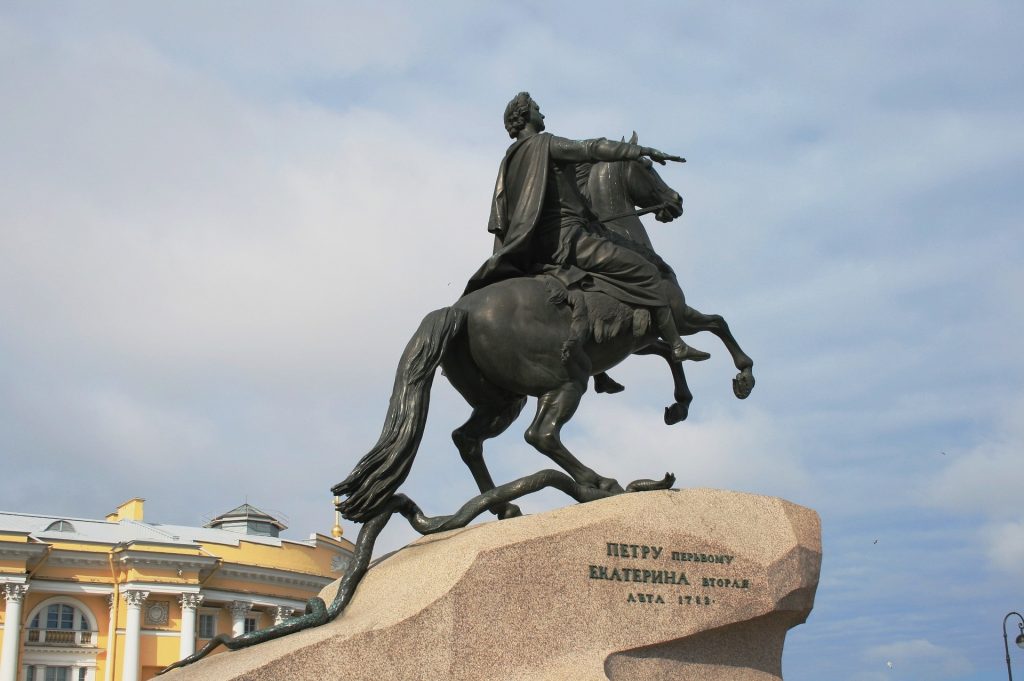 Many have heard of the description of Saint Petersburg as the ‘cultural capital’ of Russia. But in fact, this city was more than that, constituting the official capital of Russia for over two centuries, from 1703 to 1918. Having spent so long in Saint Petersburg, I was fascinated by the history behind the city, which constitutes a ‘second capital’ to this huge country.

Peter the Great’s goal was to create a ‘window into Europe’. Saint Petersburg was set to be both a port and navy on the Baltic Sea, but also a city that looked and felt European. The task of building this new city was extremely expensive and labour heavy – around 30,000 people worked on the construction. Catherine the Great further promoted Saint Petersburg over Moscow, encouraging its population grow further, to 160,000 people. More palaces were built here, and the Hermitage Museum was founded (initially as Catherine’s personal art collection).

In 1918, Lenin moved the capital back to Moscow, and following his death, the city was renamed Leningrad. Following the siege of Leningrad during World War II, the city’s population, building and infrastructure were all damaged. However, it managed to recover and rebuild itself, gaining the unofficial titles of ‘the northern capital’ and ‘the cultural capital’. Leningrad was eventually renamed Saint Petersburg after the collapse of the Soviet Union. The city is still being restored and rejuvenated, and remains the second-largest city in Russia. 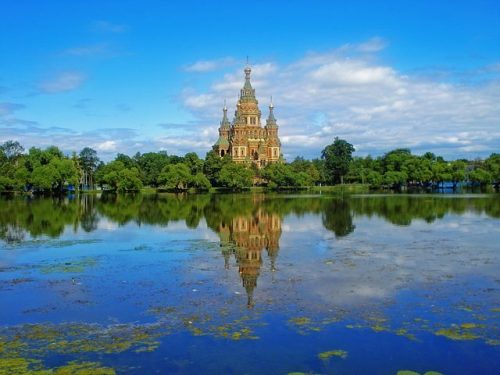 Saint Petersburg is renowned for its beautiful architecture and European style

It was during my trip to Moscow (which you can read about here), that I really began to think about and compare the two main cities of Russia. What struck me most was the much more industrial, busy, corporate ambience of Moscow. Indeed, the city is much larger and feels much more hectic. By contrast, Saint Petersburg feels much quainter, but also seems to have a larger wealth of culture behind it. In my opinion, you would run out of cultural activities much faster when in Moscow than you would here. Undoubtedly, Saint Petersburg feels closer to Europe, both in physical distance, but also in its personality. 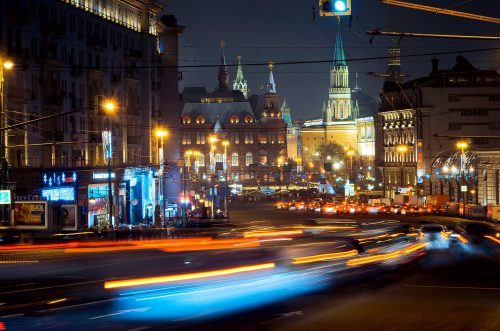 Moscow is the business centre of Russia, and is much bigger and busier

The two capitals varied in their roles and aims. Saint Petersburg was intended to tighten Russia’s links with Europe, while Moscow emphasises Russia’s own independent status and culture. Although Moscow is now the official capital of Russia, Saint Petersburg still holds an important position in Russia. I can personally certainly understand how it has earned its title as Russia’s ‘second’ or ‘cultural’ capital! I would certainly recommend anyone visiting Russia to check out both cities, if they have the chance. Not only is it interesting to compare, but the two major Russian cities offer very different insights and impressions of Russia and Russian culture.