Dusting down the State Museum of Biology

Among the many blocks of flats dominating Malaya Gruzinskaya Ulitsa is a redbrick manor house that once belonged to Pyotr Shchukin, one of three brothers famed for their art and literature collections. The building once housed Shchukin’s own museum, displaying his treasures, but now it is the home of the rather quaint State Timiryazev Museum of Biology (Государственный биологический музей им. К.А. Тимирязева). 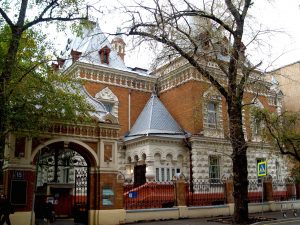 The museum is named after Kliment Arkadievich Timiryazev, a celebrated botanist and a key endorser of Darwin’s Theory of Evolution amongst Russian scientists. It seems, however, that Timiryazev may be better remembered by the world in the Metro station, agricultural college and lunar crater that bear his name than in this somewhat overlooked museum. A bit of a dusty 70s vibe in its décor and cabinets containing some questionable specimens give visitors the impression that they have either gone back in time or have been transported to rural Russia and the peculiar exhibition rooms that can often be found there. That is not, however, to say that the museum is not worth a visit. 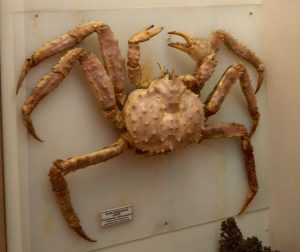 A Kamchatskii Crab in the Crustacean Cabinet 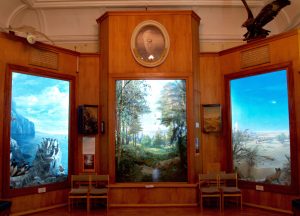 Having lived in small-city Russia, I have learnt that museums – and natural history museums in particular – must be judged by the information that they provide and not by their comparison to London’s equivalents. The State Biology Museum presents a diverse and detailed collection of taxidermy and botanical samples. Information about everything from the origins of man to the effects of radiation, from the stages of reproduction to the nervous system of mammals can be found on the comprehensive wall displays. A favourite exhibit of mine was a room full of all of the species of mushroom that can be found in Russia with a handy skull and crossbones symbol next to those that would kill you…!

Habitats are painstakingly recreated for display and, although some of the stuffed animals could probably do with a bit of a hoover and some of the walls a lick of paint, there is no arguing that this museum is tended to by people that care about sharing scientific knowledge and maintaining a museum that is over eighty years in the making. An attempt to modernise the museum has been made on the top floor, with a laboratory room set up for group tours to participate in experiments. But for me the charm of this place is in its behind-the-times style. The experience of wandering through the many rooms is personal and, perhaps best of all, peaceful. It’s certainly the perfect location for a tranquil moment in the bustling city, sheltered from the rain and filled to the brim with food for thought. 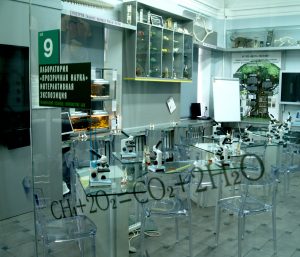