The Hermitage in one breath: “Russian Ark”

A one-take single 96 minutes sequence shot. 4500 people involved in the making of the film to present the viewer three centuries of Russian history. Russian Ark (2002), the monumental masterpiece by director Alexander Sokurov, was recorded completely in 33 of the halls of the State Hermitage Museum in Saint Petersburg thanks to an extraordinary technical and choreographical organization. The film is a colossal ode to the history of Russia and its relation to Europe. 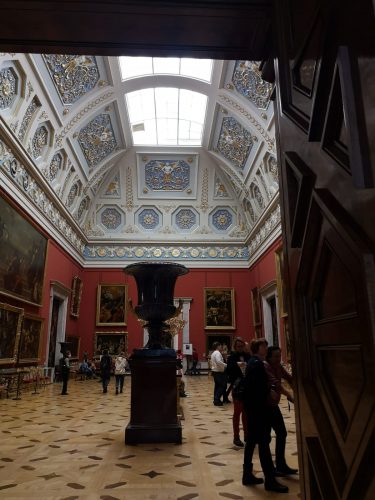 My last visit to the Hermitage Museum

An epic of Russian History

An unidentified character, of which we can only hear the voice, finds himself catapulted in Saint Petersburg’s Hermitage, the palace where the Imperial dynasty of Russia, the Romanov, lived for two centuries, until the outbreak of the Revolution in 1917. This mysterious character sets off on a journey through the last centuries of Russian history. Along his path, he bumps into crucial figures from the past such as Peter the Great, Catherine II and Nicholas II, while he is having his last dinner with his family at the Winter Palace on the eve of the Revolution. The companion of this mysterious protagonist during his travel through history is a sarcastic French diplomat from the XIXth century.

In the documentary In One Breath (2003) by Knut Elstermann, showing the behind the scenes of Russian Ark, Sokurov specifies that the storyline of the travel of the Russian unknown character and the French diplomat is important because “it’s an encounter between two […] world views […] between Russia and Europe. […] And this encounter is a symbol for Russia’s attraction to and love for Europe and a certain coldness towards Russia on the part of Europe.”

The character of the European is inspired by the figure of the Marquis de Custine, a French voyager and writer who wrote, after his travel to Russia,  La Russie (1839), a reportage containing reflections on culture, politics, and economy of the Russian Empire. 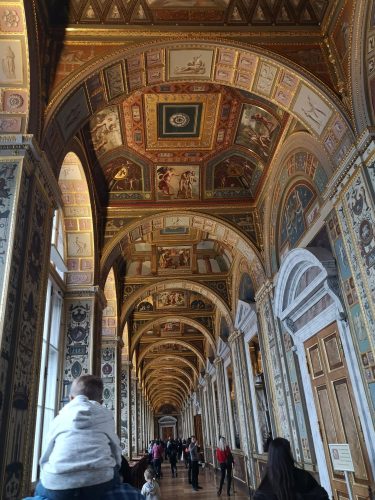 If you have been in this hall of the Hermitage, you will immediately recognize it while watching the movie

The Hermitage becomes a stage where, alongside the sequence of historical events, art manifests itself in all his forms: music, painting, dance, theater and so on. Last but not least, cinema is the means through which the viewer can relish all the expressions of human creativity displayed during the film. It is through the eye of the camera that we can admire the works of Canova, Rembrandt, Tintoretto or van Dyck. The Seventh Art also becomes a way to observe history and its facts. Moreover, the films itself turns into a work of art. The Hermitage is the actual Russian Ark: a treasure chest storing the history of a nation and artworks made not only by Russian artists but by masters from all times and countries. Hence the museum symbolizes the relation between Russia and Europe, which attract and repulse each other at the same time. 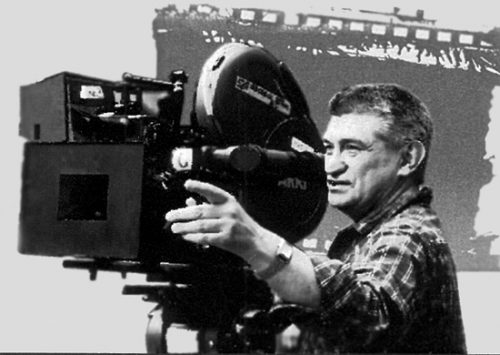 The common impression, when watching a Sokurov’s movies, is that of assisting to something impressive, yet delineated by blurred lines, something vague. The haziness of history is often the main character of movies directed by Sokurov.

After studying History and Philosophy at Gor’kij university, Sokurov works as a documentary film director and graduates from Gerasimov Institute of Cinematography (VGIK), where he meets Andrei Tarkovsky, in 1979. His first full-feature film, The lonely voice of Man, is banned in the USSR. Like many of his movies, it will start to freely circulate during the second half of the eighties.

His works often combine avant-gardist experimentation with social reflection and historical reportage. His passion for history leads him to direct a cycle of films among others, which investigates authoritarian figures and their way of representing power. The first two movements are Moloch (1999) and Taurus (2000): the former presents the character of Adolf Hitler, mighty and miserable at the same time; the latter shows the viewer Vladimir Lenin at the height of his mental decay. A third piece, The Sun, is added to the cycle in 2005. Here, Sokurov brings to life the Japanese Emperor Hirohito during the last days before 15/8/1945, when, speaking for the first time on the radio, he announces the surrender to the Allies and the renunciation of his divine status.

The fourth episode of the tetralogy  is Faust (2011), a transposition of the famous myth, as narrated by Goethe in his homonymous tragic play. The film is honored with the golden lion at Venice 68th Film Festival.

You have already watched Russian Ark and now you are planning to improve your knowledge of Russian Cinema? Here are some previous articles on our blog that may be helpful: