Moscow is home to many great architectural styles from old to modern, extraordinary, phenomenal and much more. The Russian capital offers many buildings which are definitely worth seeing. Keep on reading to find out more about some unusual buildings that stand out from the crowd. Why not discover them on your next trip there?

This house in Chinese style was built for the wealthy tea merchant Sergej Perlov. It was fully finished in 1893 and while the first floor was used for his tea shop the other two floors were used as apartments.

The front side of the building was later redecorated in Chinese style featuring dragons, snakes, Chinese umbrellas and lanterns. This was shortly before the visit of the Chinese Ambassador Li Hongzhang. Perlov thought it would be useful for his business to get the attention of the ambassador but he chose, in fact, another accommodation instead. Still to this day, the Perlov tea store operates in this building. 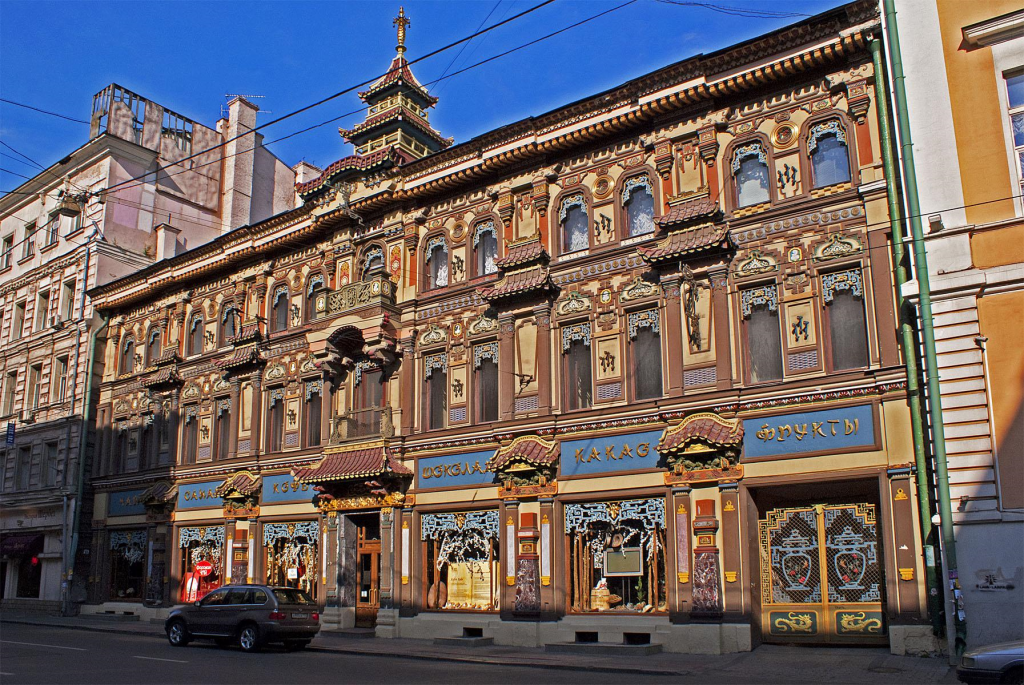 This house is located on Ulitsa Mashkova in the neighbourhood Chistiye Prudy which is full of historical buildings as well as apartment blocks. It resembles a giant copy of a Farbergè egg with the body of the house being red while the bottom is painted white.

Credits for this building go to Sergei Tkachenko, an influential architect who is additionally a Moscow city planning official. The idea for the egg house started in a team of young architects in his workshop. It was supposed to be built in the city of Bethlehem as a maternity word but in the end, found its way to Moscow. 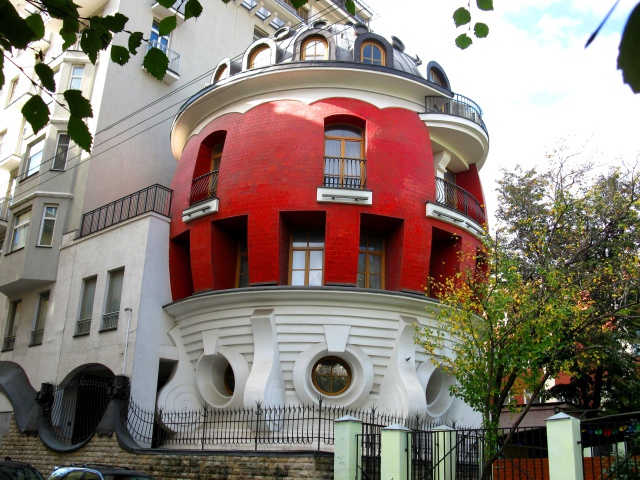 The ship building also known as дом корабль (Dom Korabl) is located on Bolshaya Tulskaya Street. It got its nickname because it stands out among the other much smaller low-rise buildings just like a giant cruiser in the ocean. It was completed in the 1980s, is 14 stories high and holds an immense 980 apartments.

Because of its size, it has many nicknames: the houseboat, the Titanic or the Recumbent Skyscraper. Some of its design features are said to protect against nuclear war, therefore it also received the nickname House of the Nuclear Scientists. Despite several problems that occurred within the building like water supply having to be shared between several apartments or unused rooms with no access to flats it still has become a landmark in the city. 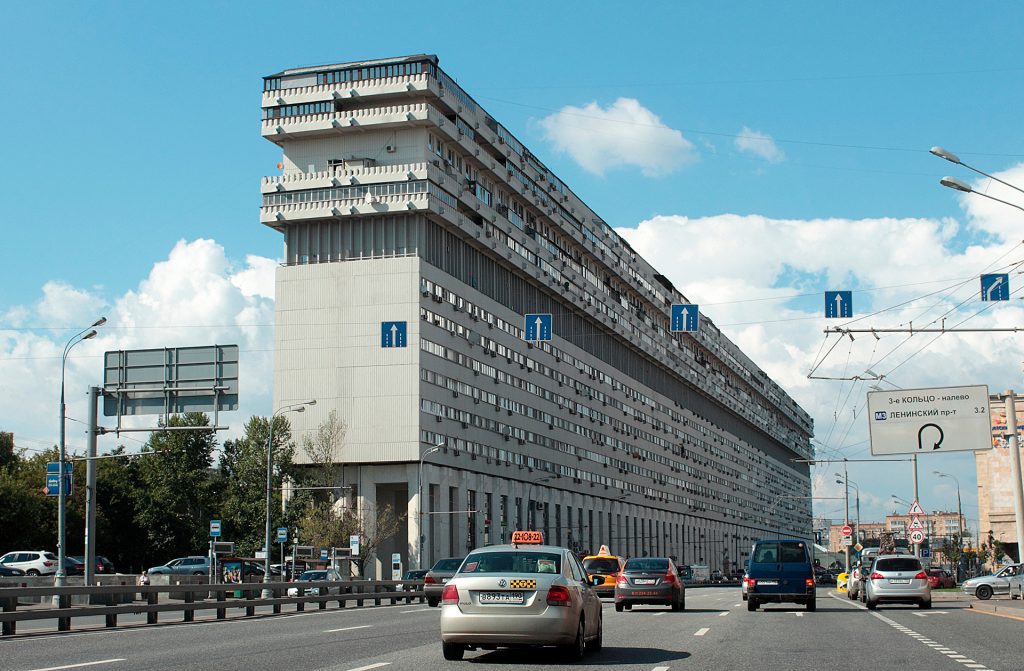 The Cathedral of the Immaculate Conception of the Holy Virgin Mary

This Cathedral is the main Catholic cathedral in Moscow which surprises with its unusual, neo-Gothic appearance and massive decoration elements. It was built with the money of Moscow’s Polish community and finished in the year 1911. A request from the authorities was that the cathedral should be built far away from the city centre and Moscow’s Orthodox churches. Today the Cathedral is a rare and therefore meaningful example of Gothicism in the Russian capital. It is located on Malaya Gruzinskaya Street. 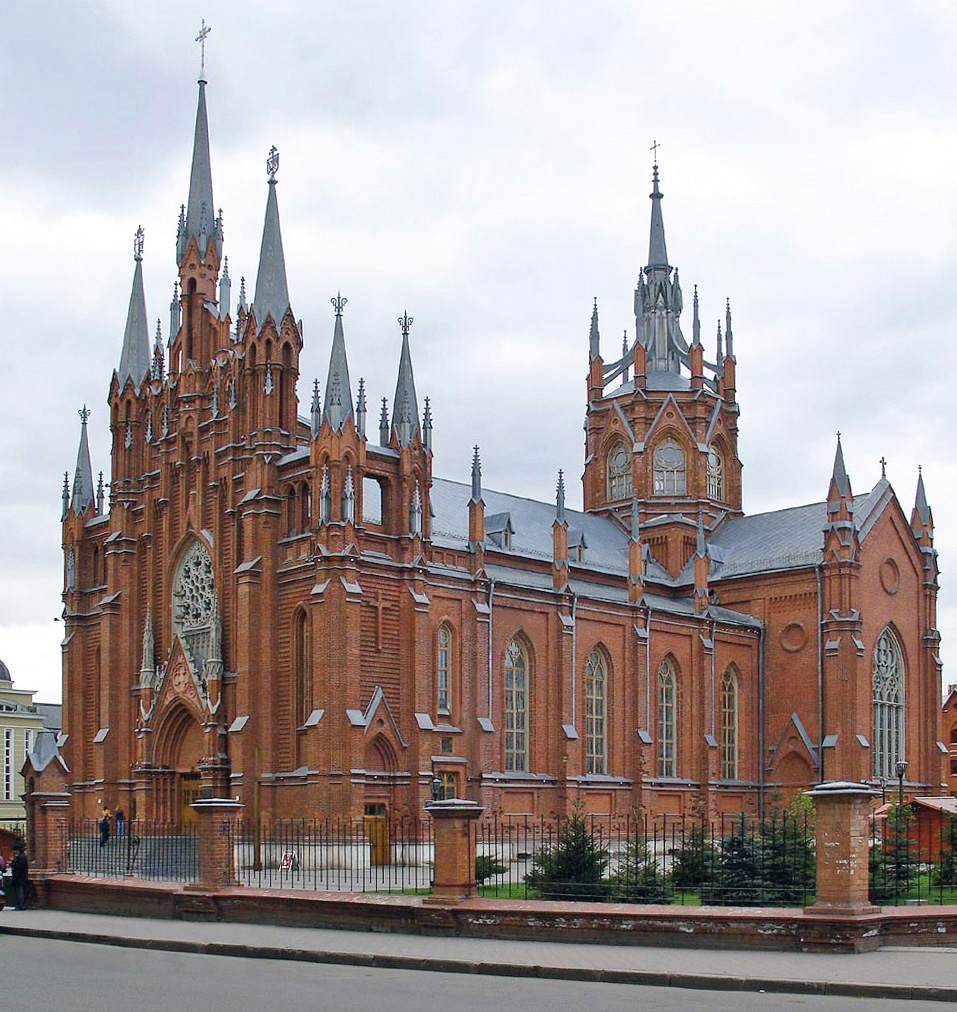 The Pertsova House, also known as the fairy-tale house was finished in 1907 based on a sketch of the artist Sergey Malyutin. The interesting fact is, that he not only created the building itself but also all the furniture. When building it he used symbols and history he found in folk art.

The idea of the house was to use it as accommodation for artists and theatrical people. The owner Pertsov wanted his building to look like a masterpiece itself while showing the Slavic culture. The house should combine ancient Russian traditions but also include modern trends of that time. The façade of the building is covered with colourful mosaics and there are tower-like projections of the roof as well as many decorations. The windows and balconies are located asymmetrically. As of today, the Pertsova house is unique thanks to its different colours, wavy forms and decorative elements. 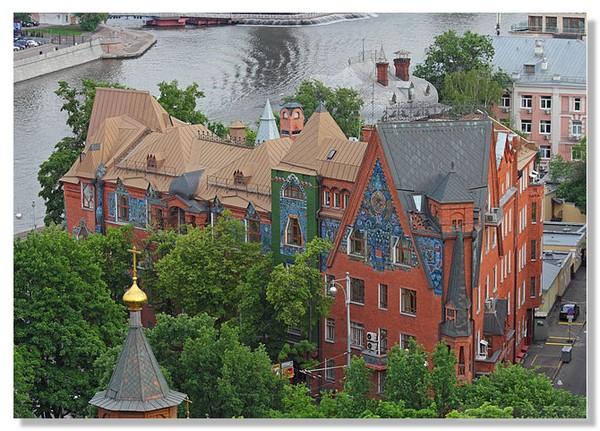 This mansion was built in 1900 by the architect Lev Kekushev in Ostozhenka street. Because of its faceted turret with a high-hipped roof, the building looks like a European villa or castle. Kekushev made sure that the house featured the characteristics of his interpretation of the Art Nouveau style. That’s why he used large windows and combined natural materials like brick and grey stone.