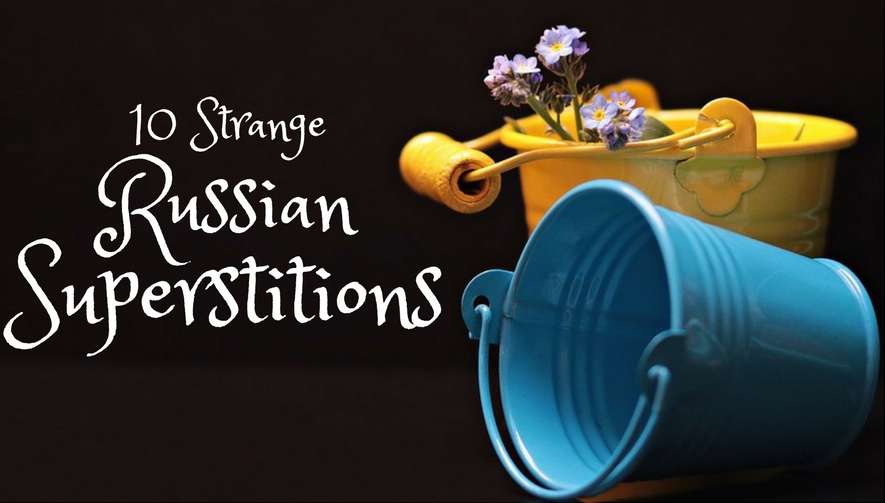 When I first arrived in Russia, I never understood why putting my handbag on the floor was such a big deal. After the hundredth time of being told to put it on the chair next to me, I discovered there is actually a superstition attached to it – putting your bag on the floor will apparently lead to financial ruin! Although some Russian superstitions are familiar e.g. black cats and broken mirrors, I’ve picked the most unique ones to make sure you avoid bad luck!

I’m sure that carrying empty buckets isn’t a regular thing in most people’s lives, but even just seeing someone else carrying one is considered an unlucky sign. Meeting someone carrying an empty bucket will scare away your good luck, and you should always cross the street if you see this bad omen coming towards you. Even street cleaners often put their equipment (brooms, rakes, etc.) in their buckets to avoid bad luck. 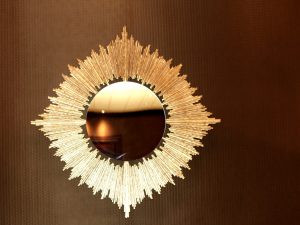 2) Don’t turn back if you’ve forgotten something

Have you ever left the house, locked the door behind you and then realised you’ve forgotten something? In Russia, you shouldn’t simply pop back in to get your gloves or wallet as the act of returning to your house is seen as bad luck. If you really need to go back, looking at yourself in the mirror before you leave again apparently dispels any bad spirits. Lots of Russians have mirrors by their front doors for this very reason.

3) Don’t sit at the corner of the table

Sitting at the corner brings bad luck – you won’t get married for seven years! Young women in particular shouldn’t sit there and they are normally offered another seat. However, because the ‘curse’ only lasts seven years, children are usually sat at the corner of the table. This superstition goes back a long way. In Ancient Rus, the old maids were given the corner seat (it was seen as the worst place) and soon it came to represent bad luck. 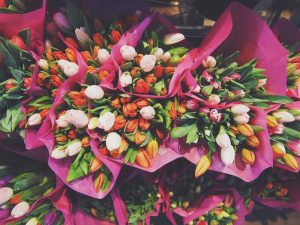 4) Don’t give an even number of flowers

If you buy flowers for a birthday, date or any other celebration, make sure there are an odd number of them! An even number of flowers symbolises death and they are only given at funerals or to put in graveyards. This superstition does seem quite strange, as in the West the number of flowers doesn’t really matter. Actually, an even number of them is sometimes encouraged – twelve red roses are a traditional Valentine’s gift. However, this belief is incredibly widespread in Russia and even numbers of flowers are rarely sold.

If someone’s going on a long journey, before they depart all member of the household will sit with them for a few moments in silence. Sitting for a while brings good luck and ensures a safe trip. In Russian it’s called ‘присесть на дорожку’, which means ‘let’s sit before the journey’. Sitting quietly for a few minutes before a trip also helps people to remember if they’ve forgotten anything (see no.1 for why this is important!) 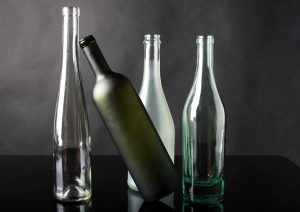 According to Russians, whistling inside will cause financial problems and bring poverty to everyone in the building. I think this is the Russian equivalent to the fear of opening an umbrella indoors, which is widely acknowledged as a very bad omen. ‘Whistling your money away’ (‘Не свисти в доме – денег не будет’) is never a good idea, and some say that it scares your guardian angels away. 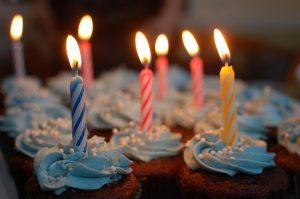 In England, celebrating a birthday early is not that unusual, as many people have parties on the weekend closest to the day. However, wishing someone Happy Birthday before the actual day is considered very bad luck here. According to this superstition, celebrating in advance increases the risk that the birthday boy or girl won’t live to see their special day!

There is an old belief that sitting on the table will cause unhappiness and misfortune. Apparently, because most of a family’s problems are discussed around the table, sitting on it confers this bad energy onto you. Therefore, many Russians are shocked when they see characters from Western TV shows and films sitting on tables. Next time you’re at the table, make sure to grab a chair (just not at the corner!) 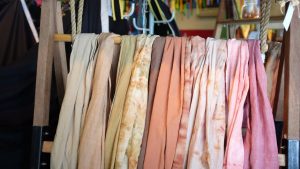 10) Don’t give knives, clocks or scarves as gifts

Knives and scissors symbolise future conflict and discord and are therefore seen as a bad omen. Likewise, scarves and handkerchiefs represent impending sorrow and clocks are a sign of an imminent departure. If you still want to give your friend that expensive scarf, don’t be surprised if they give you a small amount of money in return. This symbolic gesture means that it’s a trade rather than a gift, and the bad luck is dispelled.

Why not give some of these superstitions a go and see if your luck improves? Don’t forget to check out the Liden and Denz blog for more posts about Russian culture!

This post was brought to you by Tilly Hicklin, currently studying Russian at Liden and Denz, St. Petersburg.