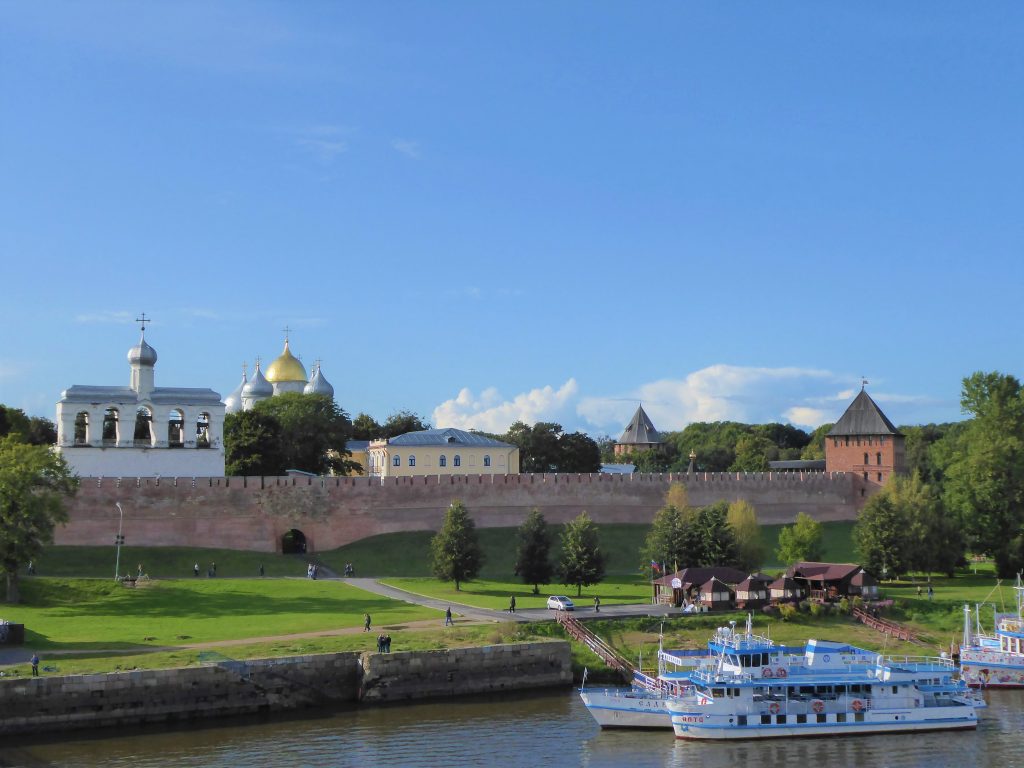 Veliky Novgorod is known as a cradle of Ancient Russia. It was founded during the 10th century, which makes it one of the oldest cities in Russia. The city is situated between Moscow and Saint Petersburg and has a very rich and distinct history. So, in case you happen to be in the area, I would definitely recommend a visit. If you want to discover more about what makes the region so unique, here are 7 interesting historical facts about Novgorod.

1. Veliky Novgorod – The city of churches

The number of churches in Veliky Novgorod is striking. In the 15th century there were no fewer than 81 churches situated in the city, 52 of which have been preserved to this day. Within the Kremlin walls alone, there were once 27 churches. What is even more fascinating, is that the Cathedral of Saint Sophia, known as the oldest church within Russia’s contemporary borders, is situated in Novgorod. They started to build it in 1045 and it only took them 5 years to complete the construction work. On the very top of the Cathedral you can see a metal dove seated on a large cross.  According to legend, when Ivan the Terrible pillaged Novgorod, a dove landed on the cross of Sofia. Witnessing the terrible battle from there, the dove was horrified. After that, Virgin Mary revealed to one of the monks that this dove was sent as a consolation to the city and from then on it was believed that, as long as the dove remained on the cross, the city would not fall. During World War II the cross was taken by the Spaniards; shortly afterwards the city fell to the Germans. Yuriev Monastery (St. George monastery) is usually cited as the oldest monastery in Russia. According to legend it was founded by Yaroslavl the Wise in 1030. The monastery once comprised 12 churches; now there are just 4 churches left – although the monastery still operates to this day. During World War II, the buildings were occupied by German and Spanish armed forces and were seriously damaged. In 1991 the monastery was returned to the Russian Orthodox Church, and parts of it have been since renovate. However, the western part, including a church, are still in ruins. During soviet times the churches were used for all sorts of different purposes. One of them was turned into a storehouse, another served as a post office and yet a third was used as a place to dry fish. Veliky Novgorod is directly linked to the roots of Russian statehood. According to the Nestor chronicles, Prince Rjurik, a Vangarian, was asked to rule over the tribes living in the Novgorod region, in order to re-establish order after conflicts among different tribes. He would later found the Rurik dynasty that would rule over the Russian state for over 700 years. This is believed to be the reason behind the name ‘Rus’. This tale became the official reason for celebrating the 1000th anniversary of Russia. To commemorate this event a grand Monument was built in the centre of the Novgorod Kremlin in 1862. To this day it continues to adorn the Novgorod Kremlin and remind us of Novgorod’s status as the Mother of Russian cities. During the late middle ages and early modern times Novgorod used to be an important trading centre. In the 12th century the city comprised the largest marketplace in Europe. There were no fewer than 1800 stalls on the market square in the city centre. Novogorod’s position in international trade was, among other factors, based on its geographical location. It is situated on the Volkhov river, the then main trade route along Russian rivers, connecting the Baltic with Byzantium and the Islamic World.  Moreover, Novgorod was in control over a vast supply of products from the north, like fur and bee’s wax. It was the leading exporter for goods like candles in Europe. Wax was such a common good in the Novgorod region, that it was even used as a currency.

5. Politics ahead of its time

The city of Novgorod’s political organisation was unique. Novgorod is referred to as the birthplace of the Russian democratic, republican traditions. In 1136-1478, Novgorod was the capital of Novgorod Republic, ruled by the Veche, the city council. The Veche was a people’s assembly which made decisions on war and peace, summoned and expelled princes, decreed laws, and concluded the agreements with other territories. The prince was usually summoned to rule for a certain amount of time, usually for a war period, and on the stipulations listed in a special contract. The word Veche derives from the word “Vecher” (if you are studying Russian and you don’t know this word, you should be a bit ashamed), because the city council assembled in the evenings. There was a special bell that rang when the city council came together to discuss current issues. Ringing the bell for fun had serious consequences. One could be executed for doing so. The unique economic and political situation in Novgorod, and the fact that life was organised secularly is also linked to the very good education system around the Novgorod region. It is believed that almost 90 percent of the population of Novgorod was literate in the 12th century.

6. The decline of Novgorod

So how did this centre of trade, birthplace of the Russian State, decline and lose its dominance? During the second half of the 15th century Ivan III decided to annex the city for economic reasons.  The Veche was dissolved and a significant part of Novgorod’s population was either killed or deported. After that the city became the third largest city under the Muscovy until it faced one of the most violent events in Russian history. In 1570 Ivan the Terrible sacked the city and ordered the massacre of Novgorod. Thousands of its inhabitants were slaughtered, including women and children, and the city’s merchant elite and nobility were deported to Moscow and other parts of Russia.

After Novgorod’s century-long recovery it faced yet another awful historic event. During World War II the city was occupied by the Germans and its historic monuments were systematically destroyed. In 1944 the Red Army liberated the city, but out of over 2000 stone buildings, fewer than forty remained standing.

If you would like to immerse yourself in the everyday life of medieval Russia you should visit Vitoslavlitsy Museum, which features more than 20 original wooden structures dating from the 16th to the 19th century. Churches, chapels, and residential houses were collected from around the Novgorod region and then moved to this site in the 1960s. What is interesting about rural life during the early modern era is that people usually did not build their homes at randomly chosen spots. An important part of the house was the “печь”, a traditional Russian multifunctional stove. Because the “печь” is so difficult to construct, people would look for a place with a “печь” already installed and build their huts around it. Because the ground was not arable people living on the countryside would relocate their villages to the riverside. They took with them their wooden homes, constructed without nails, and left the stove behind. There they looked for another location with a stove and rebuilt their houses there. 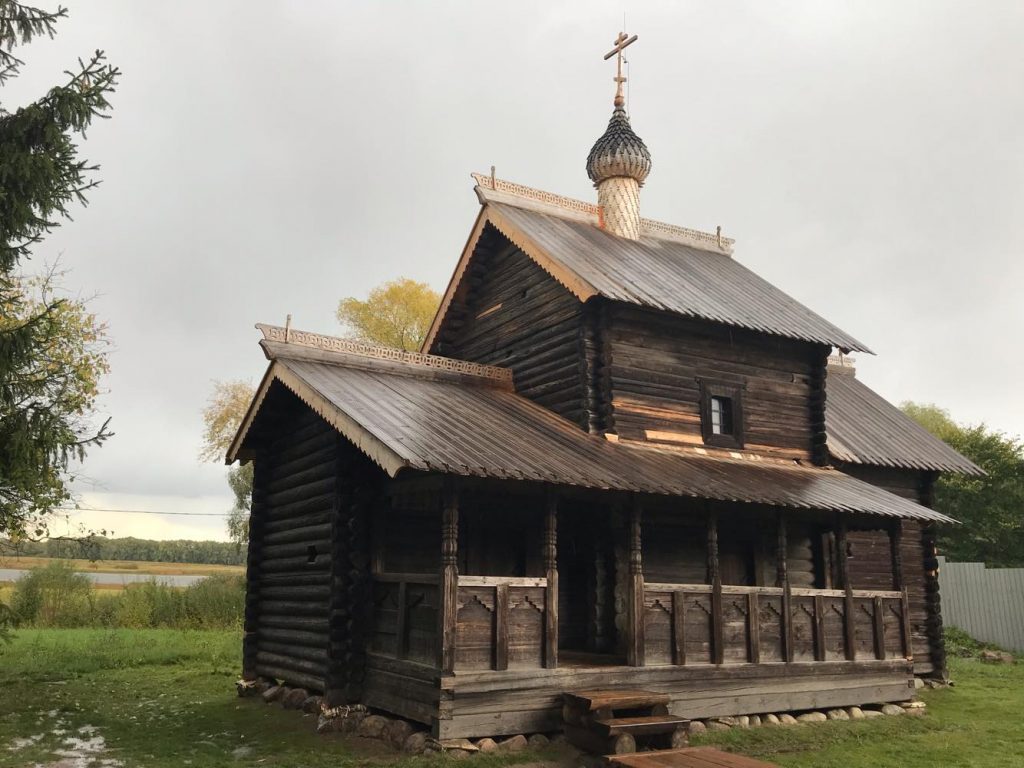 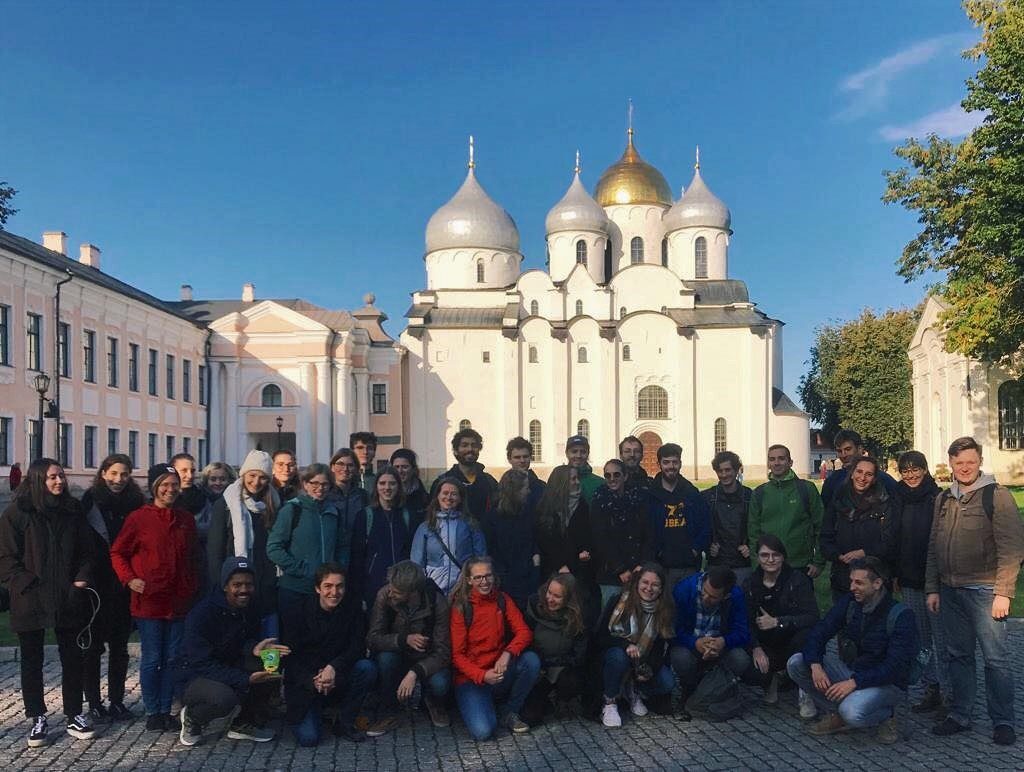 Hi! I'm Patricia. I am a student from Vienna and I'm currently working as an intern at Liden&Denz in St.Petersburg.