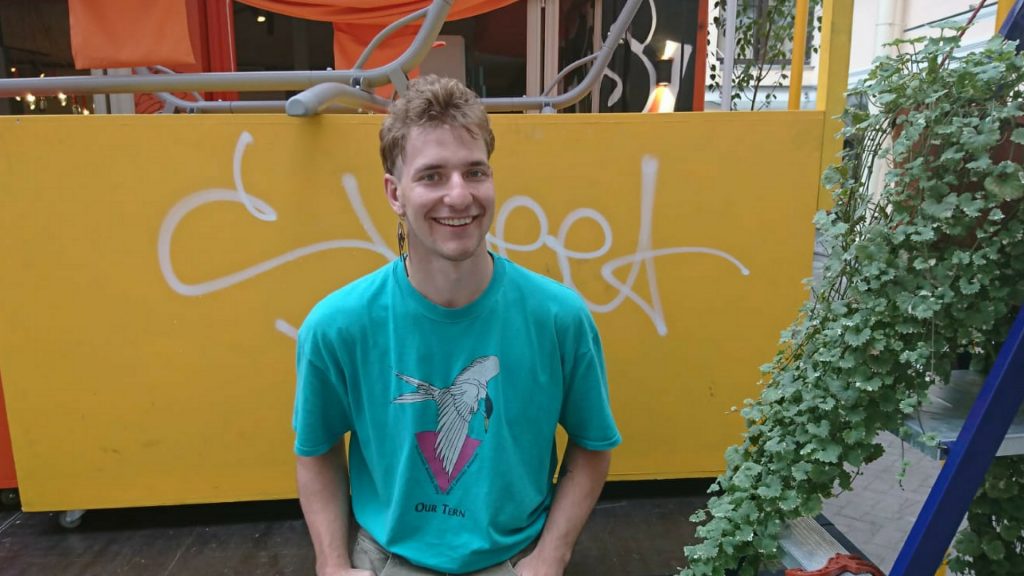 Hello! My name is Michael Mayberry. I’m currently an intern studying Russian at the Liden & Denz Language Center in St. Petersburg. I’m a Russian-American who grew up in Ohio, USA. In my free time, I enjoy reading literature, journaling, translating, watching films, bicycling, listening to music, and dancing.

My interest in Russian language and culture stems from my Russian roots. My mom’s Russian, so when I began speaking as a child, I was functionally bilingual. My first Russian words were ша (каша), хеб (хлеб), and вай (трамвай). As a kindergartner in Ohio, my home state, I introduced myself to the class as ‘Misha.’ Unfortunately, however, my classmates convinced me that ‘Misha’ was a girls’ name, so I began to introduce myself as Michael, and attempted to become a typical American kid. From kindergarten onward, I stopped speaking Russian almost entirely.

In the middle of college, however, after traveling around the US on a bicycle and meeting people of different backgrounds, I realized the importance of my Russian half. All at once, my connection to Russia became very important.

I wanted to feel comfortable expressing complicated thoughts in Russian, to understand the Russian mentality and humor, and to have conversations with ordinary Russian people. I began reading literature in Russian. I started with the Strugatsky Brothers’ sci-fi classic Пикник на обочине Piknik na obochyine  (“Roadside Picnic”) and then read Viktor Pelevin’s Generation П. I started going over to my babushka’s apartment to watch and discuss films.

After graduating from Ohio University, I found a job teaching English in Moscow, bought a one-way plane ticket, and two months later, something strange happened. I found myself in a cafe in the center of Moscow, enjoying a dish that spooked me when I was a kid: селедка под шубой selyodka pod shuboi “herring under a fur coat.” It’s a Russian salad of layered salted herring, mayonnaise, potatoes, mayonnaise, carrots, mayonnaise, boiled eggs, mayonnaise, beets, dill, and, of course, more mayonnaise. Приятного аппетита! 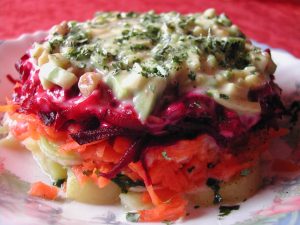 I visited St. Petersburg twice while I was living in Moscow and absolutely fell in love with the city. Its architecture, literary and artistic heritage, history, and people all pulled at my soul. I felt like I needed to live there. Folks in St. Petersburg seemed more open and quite creative, fiercely intelligent and complex, and life seemed quite full. Liden & Denz was the perfect opportunity for an extended stay to advance my Russian skills and become acquainted with this magical, eclectic city.

In my first few days at Liden & Denz, I have participated in lively discussions in class and have felt completely welcomed by staff, students, and fellow interns alike. Excited to see what new openings the next three months will bring!

One response to “Hello Post from Intern Michael Mayberry”