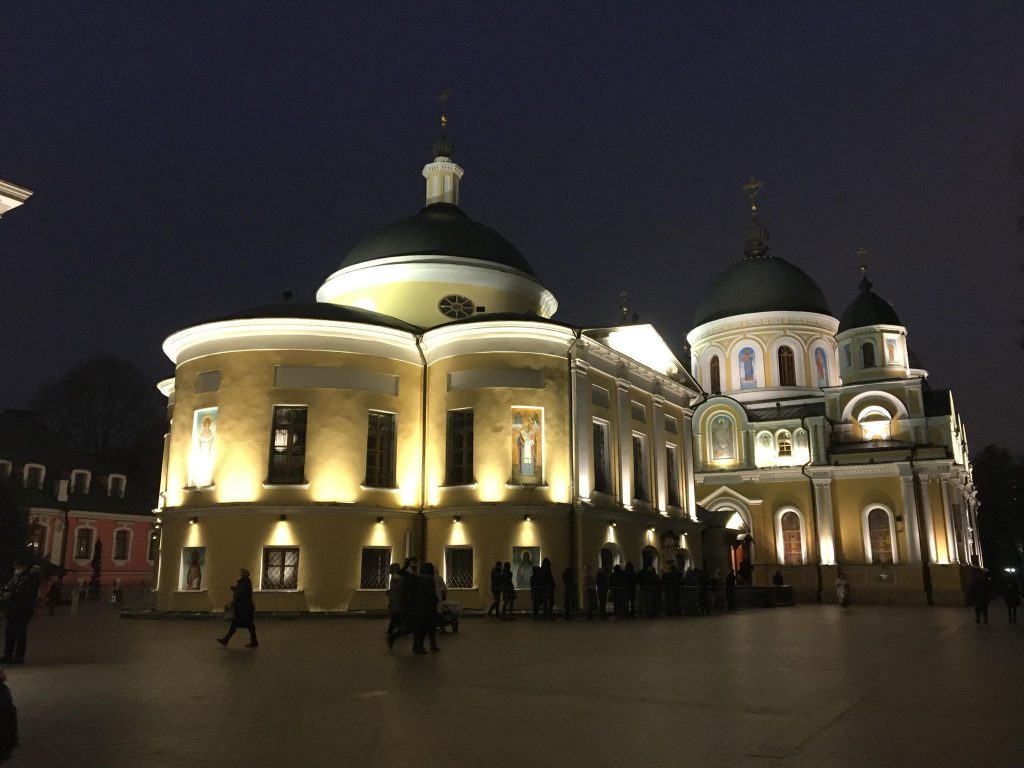 This beautiful building here is the Pokrovskiy (Intercession) Monastery in Moscow.

Pokrovskiy is actually a convent now (женский монастырь), but when it was founded by the Tsar back in 1635, it was a monastery.

The monastery endured hard times in the 20th century: it was closed in the 1920s, partly demolished, and turned into a park (as well as a printing house, a sports centre, a film studio, and more) in 1934. Only in 1994 did the Russian Orthodox Church regain possession of it.

The thing that makes Pokrovskiy extra popular, however, is the fact that Saint Matrona of Moscow (Матрона Московская) has been buried there since 1998.

Matrona is a relatively young saint, as she was canonised by the Russian Orthodox Church only in 2004. She was born to a peasant family in 1881, and her full name was Matrona Dmitrievna Nikonova.

Her mother wanted to give baby Matrona to the local orphanage, since the family was already struggling, but she changed her mind after she dreamed that a beautiful bird without eyeballs landed on her chest. She interpreted this as God telling her to keep her child. Matrona was born without eyeballs, and wasn’t able to see her whole life.

However, her religious insights were not lacking: from a young age, she was able to predict future events, and also heal the sick.

When she was 17, she suddenly lost the use of her legs, after which she could no longer walk or stand, only sit. This didn’t stop her from doing good deeds, though, because people simply came to her. Some days she helped as many as 40 people!

Religion was against Soviet doctrine, and Matrona escaped several attempted arrests by the authorities, who pursued her because she encouraged and inspired religious faith in Russian people.

Matrona died in 1952 and is said to have predicted her death three days before it occurred. Before she died, she allegedly said the words ‘I will always be there, and will help you and pray for you just as I did when I was living’.

People have taken her up on her promise, and not only in Russia. Every day, thousands of people, from within Russia or from abroad, come to the Pokrovskiy Monastery to see Matrona’s grave and ask her to pray for them. Russians also go there if one of their loved ones has died and they want Matrona to bless them in the afterlife.

Many testify to Matrona’s healing powers, and also to the fact that she helps non-Christians/non-Orthodox people too. The long queues outside the church show that even in our modern age, religion is far from dying, and the fact that so many travel from faraway places to visit Matrona is also a testament to the strength of the faith that people have in her.

The Pokrovskiy Monastery is located a 15-minute walk away from the Taganskaya metro station on the circle (Koltsevaya/brown) line. If you decide to go there (especially at the weekend), don’t forget to factor in time for queuing! Opening times: 07:00-20:00 daily; from 06:00 on Sundays. 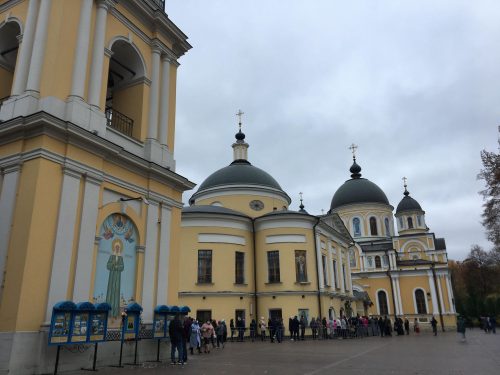 This post was brought to you by Olivia, a current student at Liden & Denz Moscow