Do you like dancing? Here are 4 Russian folk dances worth checking out! 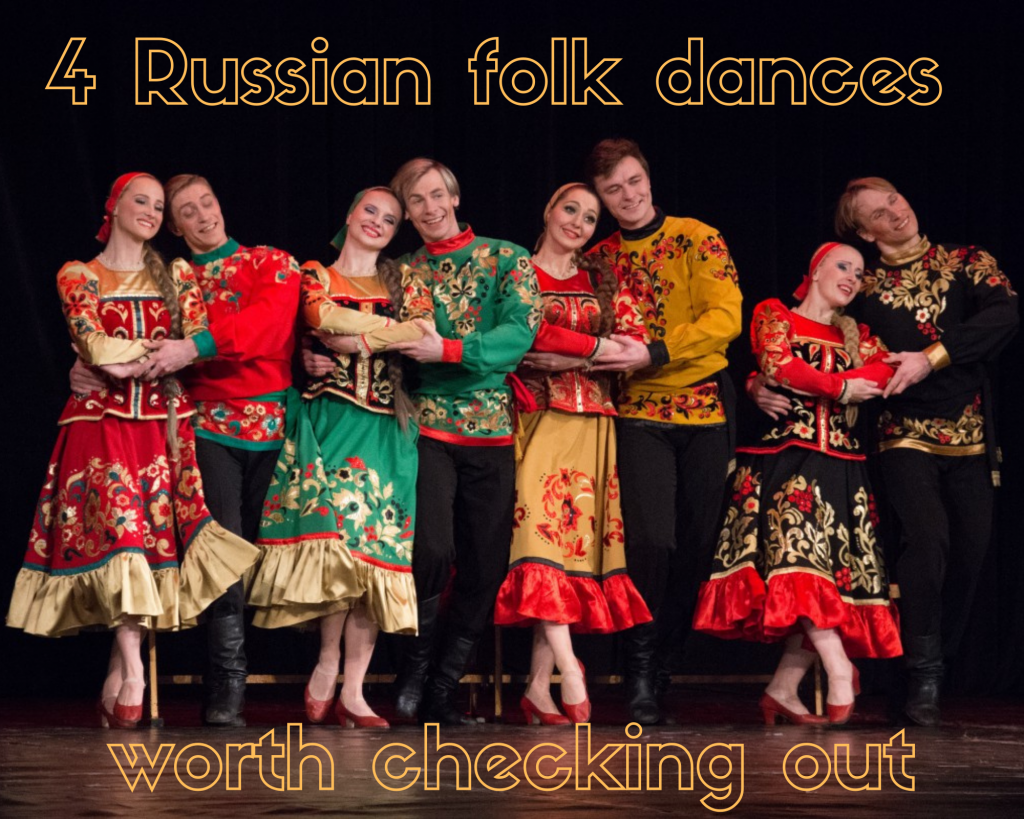 Throughout history we have searched for an infinite number of ways to express our feelings and emotions, because, however useful and vital verbal language may be, it is still rather limited when it comes to reflecting our essence to the outside world. This is where the arts become the main protagonist of the work: with dance, music, poetry and painting (to mention just a few examples), we have managed to fill this void, giving us the opportunity to express ourselves fully and thus to feel contented.

A great example of this kind of non-verbal communication that has helped us to express ourselves for centuries is folk dances, as they are a reflection of the life, culture, humour and even of the beliefs of different ethnicities around the world.

In Russia there is a vast variety of folk dances, and each of them tells and represents its own very unique story. If you are interested in Russian culture and like to release endorphins through the art of dance, then you will probably be interested to learn more about these 4 Russian folk dances worth knowing.

The origins of the Barynya (Барыня) dance can be traced to the Eurasian region of the Central Highlands of Russia; Barnynya was a word that was used in ancient Russian to address an upper-class woman. The dance consists mainly of stomping and squatting, and could be said to be a combination of frenetic dancing and “shastushka” (часту́шка), which is a joyful dance that often had humorous and even lascivious content in the refrain. Therefore, it was common for the dancers to perform their steps with humour and use their imagination to improvise in the dance floor. The main instruments used for the Barynya are the balalaika and the garmon, and the interesting thing about this dance is that it used to have no fixed choreography, which made each act spontaneous and unique.

This is a round dance accompanied by a chorus. With its more than 1000 years of history, it is considered not only the most extensive, but also the oldest of all Russian dances. The movement of the dance, as well as its structure, has its origins in ancient pagan rituals performed to worship the sun god, a ritual that also had a meaning of union and friendship.

The curious thing about this dance is that it went from being a pagan tradition to a kind of entertainment for young people, who began to see the dance as a possibility to find a partner. And how do you dance the oldest Russian folk dance? Well, its level of difficulty is not exactly the highest, as it consists mainly of holding hands or the little finger of the people on either side of you and dancing together in a circle, thus simulating, as mentioned above, the movement of the sun. If you are interested in this beautiful traditional dance, here is a short documentary about it:

Russians tend to have quite a few dances that bear the same name as the song to which they are danced. Just as there is the Kamarinskaya dance, which is performed with squatting steps and named after the song interpreted in the orchestral work “Mikhail Glinka “Kamarinskaya”” in 1848, there is the “Kalinka” dance, named after one of the most representative and world-renowned Russian songs. It is usually danced by couples, who can create their own choreography, and the dancers can combine stomping steps, squatting, jumping and even acrobatic turns. But the choreography has to be planned, because one part of the song is danced softly and gently, while the other part requires energetic steps to express the dancers’ cheerfulness.

Pereplyas used to be a dance of the soldiers, and was a competition of virtue of movement, strength, agility, endurance, cleverness… it is a demonstration of the character of the performer, who shows his or her talent in the execution of each movement, which are performed in an improvised manner. In the dance not only men compete against men or women against women, but also both sexes or even whole groups of dancers can compete against each other.

The dance is accompanied by traditional folk melodies, and consists of one of the dancers showing a combination of movements, which the opponent has to repeat, later adding his or her own steps and sometimes saying certain verses to each other. Thus, with each change of turn, the movements become longer and more complicated. There is also another version of the dance in which the competitors show their moves in turns and are not allowed to repeat them in the next turn. The loser is the first to run out of “ideas” or new steps. Sometimes both dancers dance simultaneously until the first one “falls” or loses because of too much fatigue. This can certainly be an exhausting dance, but a very fun and excellent exercise as well!

If you liked these dances and crave for more, in this page you can find further Russian folk dances that I did not mention in this article, but which are of course also worth checking out ?